The purpose of the Nadere Reformation was to get a true Reformation, not only in theology but also in life. One had to practice what was preached and that had to be visible in one’s daily life. All kinds of programs to achieve this goal were attempted. Willem Teellinck gave an example of this way of thinking in “Noodwendigh Vertoog” (Needful Representation). In these writings, he addressed the following situations: immorality, desecration of the Sabbath, drunkenness, going to church out of habit, no discussion among church members about the proclaimed Word, bad taste in clothing and entertainment. 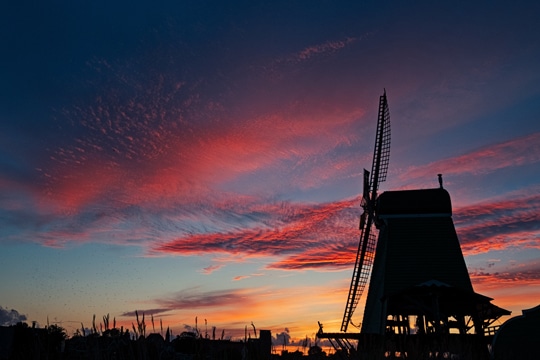 Willem Teellinck was born in 1579 to a magistrate family in Zierikzee, a town in the province of Zeeland, Netherlands. At the turn of the seventeenth century, he began to study law at St. Andrews in Scotland. Later he studied in Pontiers, France where he earned his doctorate of law in 1603.

Two Puritans had a profound influence on Teellinck. The first was William Ames (1576-1633), who later became a professor of theology at Franeker University (16221633). William Ames was a very popular theologian and teacher. He attracted Protestant students from all over Europe. The other was William Perkins (1558-1602), a Fellow at Christ’s College in Cambridge (1584-1594). His writing, “The Condition of the Christian in This Life,” was translated into the Dutch language. In addition to studying with these men, Teellinck spent nine months in England in 1604. The influence of Puritan life and his contact with Puritan-Pietist circles changed Teellinck’s life. Through them, he learned of the sanctification of life in all of its aspects fed by a deep personal religious life.

This became his ideal and goal for life. He tried to apply this worldview to his family life with his English wife, Martha Greendon, and also in his parish work. After studying theology at Leyden, he served as minister to parishes in Burgh-Hampstead (1606-1613) and Middleburg (1613-1629), both in Zeeland. Having kept intense contact with England through family ties and overseas travel, Teellinck also conducted services at the English parish, also named Middelburg. He passed away in 1629.

The time in which Teellinck lived, many co-religionists of German and French origin became ministers in the Netherlands. In some areas of the Netherlands, the Dutch were very French oriented, attracting French ministers to the area. In other areas, particularly in the German frontier region, there were many German speaking Dutchmen, attracting German preachers. Add to this mix, all those who fled to the Netherlands to find shelter from the persecution they were facing in their own countries. Jews, Polish, and French Huguenots were all attracted to the safe haven of Holland. Throughout the country the Word of God was preached in French, German, and Dutch. Worshippers would attend the church where their language was being preached.

Willem Teellinck’s first book was published in 1608, the year regarded by many as the birth date of the Nadere Reformation. Because of this, Teellinck is often considered to be the father of the movement. Although Teellinck’s way of life made a deep impression upon his parishioners, the influence of his writings was much more important. In all, he wrote 127 works of which over sixty were published. Many of Teellink’s books are still available in the Dutch language. In the series, Classics of Reformed Spirituality, one can read “The Path of True Godliness” by Willem Teellinck translated by Dr. Annemie Godbehere.

Mr. Nicolaas Van Dam is a member of the United Reformed Church in Escondido, California