At a seminar for pastors one of the speakers, a psychologist, noted that the Reformation movement sparked by Martin Luther assumed that people had a sense of guilt and a deep desire for atonement. He argued that today this is clearly not the case. As he put it, “In our modern culture most individuals are not seeking atonement; they are seeking meaning.” In other words, the citizens of the modern world are not looking for a way to overcome a rupture with God, for they do not even realize that a rupture exists. Rather, they are looking for a way to overcome a host of other problems, such as loneliness, brokenness, fear, and lack of self-esteem. The speaker went on to imply that if the church is going to reach this generation, it must tailor its address to meet those needs, not the need for atonement.

What are we to make of this? Is it true that the vast majority of people in our modern age are not interested in atonement for guilt? How does the modern age compare with the Reformation age in that respect? Should the church continue to address modern men and women with God’s atonement as a remedy for human sin?

It is very apparent that our modern world has little sense of estrangement from God, nor do they seem much interested in overcoming whatever estrangement they do sense. In Habits of the Heart, the classic study of the religious patterns in modern North America, Robert Bellah noted that most participants in his study saw the church as merely a means to meet their own personal goals. He also described the tendency in many churches to de-emphasize the Biblical language of sin and redemption, while promoting the idea of Jesus as the friend who will help us find happiness and self-fulfillment.

A Desire to Overcome Guilt

In the early 1500’s it was quite a different story. When Martin Luther lit the Reformation fire, overcoming guilt in order to be returned to God’s favor was of foremost concern.

Luther himself was a prime example. Luther clearly had a deeply religious nature, and from his childhood he suffered from a keen awareness of a guilty standing before God. Much of Luther’s early life can only be explained in terms of his attempts to overcome his sense of estrangement from God. 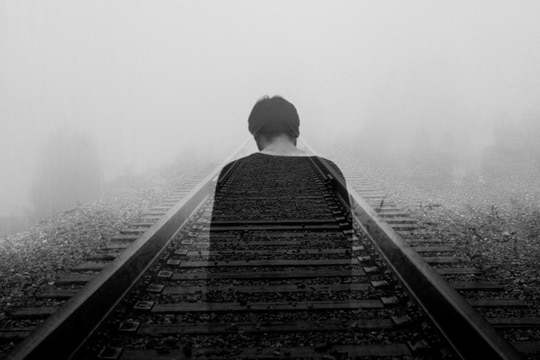 He sought by the means set forth by the church and the monastic tradition to make himself acceptable to God and to earn the salvation of his soul. He mortified his body. He fasted, sometimes for days on end without a morsel of food. He gave himself to prayers and vigils beyond those required by the rule of his order. He went to confession often daily and for hours at a time. Yet assurance of God’s favor and inward peace did not come.

Finally, in the well-known account of his conversion, Luther saw the way of salvation opened up before him while he was in his study cell in Wittenberg in 1512. As Luther later explained it, “Night and day I pondered until I saw the connection between the justice of God and the statement, ‘the just shall live by faith’ Then I grasped that the justice of God is that righteousness by which through sheer mercy, God justifies us through faith. Thereupon, I felt myself to be reborn and to have, through grace, open doors to paradise”

As the reformation flame spread, it become obvious that Luther had touched a responsive chord with his generation. His message of grace was good news, indeed, to people who were much aware of their need for atonement. Church historian Williston Walker (A History of the Christian Church, Scribners, 1959) has pointed out that a deep sense of sinfulness was the ground note of the religious revival Luther fathered in Germany.

But today the landscape has been altered drastically! One would be hard pressed to find many “Martin Luthers” in today’s culture who are desperately trying to overcome a deep awareness of guilt.

My own recent experience confirms the problem. A young couple from the neighborhood stopped in to see me. They said, “You don’t know us, but we are planning to get married in a few months in another state. The pastor whom we have asked to marry us insists that we receive pre-marriage counseling from a local pastor before he will tie the knot. Will you do it for us?”

Frankly, I looked at this request as an opportunity. This couple obviously was not committed to Christ. They both had received some exposure to various churches when they were growing up, but neither was active now. I sensed that in counseling them, I would have an opportunity to talk about the Lord.

In the course of the counseling I discovered that they were living together and had been doing so for some months. When I gently asked them about this, they were totally open about their cohabitation. There was no hesitation whatever.

I am not a naive pastor with his head stuck under the pulpit. I fully realize that unmarried couples living together has become well accepted in our society. Still, I thought maybe in talking to a clergyman, a man of God, they would be a little apologetic or embarrassed by their situation, but there was none of it. I have a hunch that 30 or 40 years ago such a couple would have been somewhat ashamed of their living arrangement in talking to a pastor, but this couple was not ashamed in the least.

I prodded them a little by asking, “Does it bother you at all that you have been living together without being married?” They just looked at me and said, “No, why should it?” I pushed a little farther and said, “The Bible indicates that intimacy of the kind you are experiencing is reserved only for those who commit themselves to each other in marriage.” But they just looked at each other and smiled, as if to say, “Is this guy a visitor from another planet or what?”

Suppose I had said to this couple: “Hey, guess what? I have good news for you. All of us have sinned and have fallen short of what we should be, but Jesus came to die so that we could be forgiven. Isn’t that great?” Would such a proclamation have any meaning for this couple? I think not.

What Message to Bring

How then can we hope to get a hearing from such people for the Gospel? As noted earlier, there are voices today who say that the way to reach this generation, the way to “witness” if you will, is to address the loneliness that so many feel and emphasize that Jesus can be our best friend. Or, they say, we should address the sense of meaninglessness that troubles so many and remind them that living for Jesus gives us a depth of purpose which we will not find in living for ourselves; or we should address the deep sense of fear that affects countless thousands in the aftermath of the World Trade Towers attack and urge them to put their trust in Christ who drives out fear. But we should not talk to the modern unbeliever about the fact their sins can be covered and forgiven, for such things are unintelligible and monumentally unimportant to a post-Christian generation.

What can we say in response to such voices? Simply this: Jesus did not come to merely meet the need we think we have; He came to meet the need God knows we have, and that is the need for repentance and acknowledgment of His atoning grace.

Somehow the church must help modern unbelievers see that they are in a desperate and lost condition, even though they have no awareness of their predicament. This is a challenge. Like a person who has inoperable cancer, but who is totally unaware of it and feels fine, there are many that are in a doomed condition spiritually but are quite unaware of it.

How then do we make people aware of their predicament? The answer is nether neither new nor popular. A creed, born out of the reformation and breathing its spirit, puts it this way:

Q. How do you come to know your misery?

A. The law of God tells me.

The law of God, as the phrase is used here, is really the totality of His revealed will. It is everything that God has said to us about how He wants us to live in this world. It is through being exposed to this will of God that we become conscious of sin and of our need for a Savior.

Like a carefree airline pilot who is heading straight for a mid-air collision but is blissfully unaware of it, Paul says there was a time in his life in which he was unaware of the extent of his sinfulness before the Lord. But the Holy Spirit used exposure to the law to show him who he really was, Paul Q. Sinner.