In the March, April and May 1994 issues ofThe Outlook, writer James Dennison traced the “downward hermeneutical spiral” in the now liberal Presbyterian Church (PCUSA). with the current trends in the Reformed community.

There are currently in the PCUSA an organization called Presbyterians for Renewal which publishes a quarterly called reNEWS. It documents their efforts to stem the tide in the PCUSA, and their latest efforts are directed toward the prevention of ministers participating in the blessing of same-sex marriages. The following excerpt from reNEWS is included in this issue of The Outlook to show where a church’s departure from the binding character of Scripture and a subsequent flirtation with evil, such as homosexuality, ends up. At the exit of the concentration camp in Dachau, Germany which housed and exterminated thousands of Jews, there is a stone on which is carved the following words: “He who will not learn from history is bound to repeat it.” That is true in the church world as well as the political world.

The 206th General Assembly recommended that the following addition to the Directory of Worship in the Book of Order come before Presbyteries for ratification: W—4.9001 Christian Marriage. “Ministers are not permitted to participate in blessing any same-sex unions.”

This is not really a new policy. The Directory for Worship speaks of marriage as a “covenant through which a man and a woman are called to live out together before God their lives of discipleship. In a service of Christian marriage a lifelong commitment is made by a woman and a man to each other publicly witnessed and acknowledged by the community of faith” (W-9001). Further, the 203rd General Assembly (Baltimore) ruled, “If a same-sex ceremony were considered to be the equivalent of a marriage ceremony between two persons of the same sex, it would not be sanctioned under the Book of Order” (21.126).

If same-sex unions are already forbidden, why do we need this addition to the Book of Order?

Some ministers are circumventing the intended policy by substituting the language of “same-sex unions” for the language of “marriage covenant.” They have been performing same-sex unions under the contention that such unions are similar to, but not exactly the equivalent of, a marriage ceremony. (This was the case in Southern New England, which brought this overture to G.A.) Presbyteries, in turn, have been confused and unclear, resulting in inconsistent enforcement of the policy around the denomination. In effect, the lack of a definitive prohibition in the constitution has led to ambiguity on the subject.

The Directory for Worship is written in language that is positive, directive, and permissive. Why should prohibitory language be injected into it?

While this amendment reflects a slight change in writing style, its content is consistent with the context. Presbyterians set clear parameters around what is appropriate and acceptable in worship, and we forbid not what is not. Accordingly, in its preface the Directory for Worship states that it “sets standards and presents norms for the conduct of worship in the life of congregations and the governing bodies of the Presbyterian Church (U.S.A.) [and] shall be authoritative for this church.”

What is meant by the words “to participate” in same-sex unions?

As the word is used throughout the Directory for Worship, to participate means to serve in a leadership capacity in a service, such as reading Scripture, saying a prayer, leading a litany, preaching a sermon, singing an anthem, pronouncing a benediction, etc.

Is this not discriminatory against homosexuals? Why shouldn’t they be allowed to unite in covenant relationships as long as such relationships are entered into sincerely by consenting adults?

Throughout its history, the church has proclaimed that sexual intimacy is to be experienced exclusively within the covenant of a one-husband, one-wife marriage. When some advocated the legitimacy of the practice of polygamy, the church resolutely refused to accept it, even though it was being practiced among mutually consenting adults. In the same regard, arguments promoting extramarital sex have been rejected by the church. The prohibition against participating in same-sex unions is being debated specifically due to the fact that such practices have been promoted in recent years, contrary to the historic teaching of the church.

What’s so wrong with same-sex unions?

The position of the church, as directed by historic faith commitments, has been to reject homosexual behavior and to counsel against it, not to endorse it. Those faith commitments have been shaped by the teaching of the Scriptures and confessions, which proscribe homosexuality as unnatural and contrary to God’s intention for humanity. 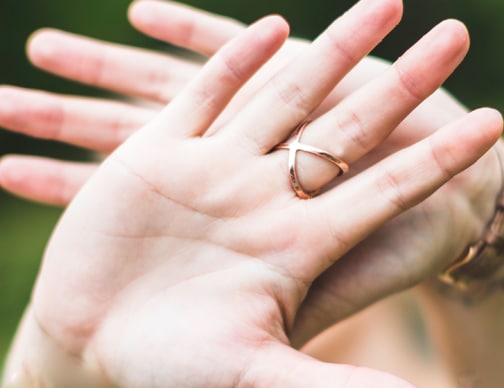 But what about the contention of some scholars that Scripture does not really condemn homosexuality?

In an attempt to hear Scripture on its own terms, and inspired by God through the words, thought patterns, and times of particular human writers, scholars universally agree that the Biblical student must always differentiate between central themes and ideas on the one hand, and culturally-shaped contexts and details on the other hand. The problem is, when facing the homosexual issue, some scholars dismiss as cultural-bound all things said about homosexuality; they add the fact that Jesus never overtly condemned such a practice, and then conclude that Scripture says nothing on the subject. However, a consistent, appropriate approach to Scripture cannot help but see that regardless of the cultural context, all references in Scripture express unqualified disapproval of homosexuality. In Romans 1, its mere existence is cited as proof positive of the horrible depth to which humans have fallen into sin.

Isn’t homosexual orientation genetically caused? Is it fair to condemn homosexuals and lesbians for following their inborn instincts?

Contrary to common assumptions, there is absolutely no scientific evidence to substantiate a biological basis for homosexual behavior.l Many studies have been published claiming biological roots of homosexuality. However, every such study misconstrues evidence or fails to maintain scientific standards of research, or at minimum, cannot be replicated in confirming studies. As sexologist William Masters (of Masters and Johnson) says, ‘“The genetic theory of homosexuality has been generally discarded today.”

On the other hand, even if one were born with a genetic predilection toward homosexuality, that would not make it any more acceptable than an alcoholic’s tendency to drunkeness or a child molester’s attraction to children. In fact, all humans are born with a sinful orientation. But that tendency does not exonerate the sinner from the necessity of choosing right behavior and refusing to yield to wrong inclinations.

Of all the sins being committed today, why single out homosexuality for special condemnation?

No sin should be condemned above any other. However, the practice of any sin by those calling themselves “self-avowed, practicing…” and then calling good what the Scripture calls sin, is what is at stake. If some called themselves “self-avowed, practicing polygamists,” the church would rightly condemn that sinful practice. The same goes for self-avowed racists, imperialists or sexists. Any attempt to legitimize sinful practices must be condemned by the church.

Would not the dignifying of monogamous, life-long same-sex relationships diminish the incidence of promiscuity among homosexuals, and thereby decrease the spread of sexually transmitted diseases?

The promise of the sexual revolution of the 1960’s was that sexual liberation would dignify the individual, which in turn would free people to live loving. committed relationships. The opposite occurred. Sexual freedom led to a promiscuity that did not liberate but enslaved its proponents and followers. Those promising freedom through the legitimization of homosexual practice are, in effect, calling for an endorsement of sexual slavery (the belief that people have no power over unbridled sexual drives) and are claiming that they cannot be healed of unnatural sexual practices. Further, promiscuity is rampant in homosexual communities, even where social custom supports the gay lifestyle.

Why is this such a big issue?

1. The doctrine of creation states that God made humanity as male and female for two specific purposes: to provide an intimate connection to overcome each one’s isolation, and to provide a means for humanity’s procreation. The physiology of the man and the woman is perfectly matched for entering into such a union and for conceiving and bearing children. Homosexual practice fulfills neither of those purposes.

2. The doctrine of sin states that any human activity whether thought, word or deed—that falls short of God’s intent is sin. And sin can be resolved only through repentance and forgiveness. It must never be excused or approved. By definition, to participate in a same-sex union is an open approval and endorsement of a practice God calls sin.

3. The doctrine of redemption offers to the sinner the promise of forgiveness for sins committed, the gift of a relationship or right standing with God, and the empowerment to be conformed increasingly to the image of Christ. While no sins are excusable, all sins are forgivable and redeemable. The church’s word to the homosexual must always be, as it is to the alcoholic, to the co-dependent and to the thief, “Come, discover the love of the Savior, and experience the freedom, healing and reformation he can bring to your life. Come, find the way to be liberated from the enslavement your sin has caused, and to know the freedom to live as God intends.”

4. Finally, the doctrine of Scripture claims that the Holy Bible is God’s Word to us, not merely the product of godly people who, being helplessly culture-bound, were doing their best to understand God. Scripture, if received as God’s Word to us, must be the ultimate measure of truth. If we reject its consistent and clear word about homosexual practice, we also deny the authority of Scripture to speak to other issues of our lives. Theology matters. In the name of a theology of integrity, the church needs to solidify its stance against same-sex unions.