In January 1994 John Suk began his tenure as editor of The Banner (the weekly periodical of the Christian Reformed Church) with an apparent commitment to a positive spirit. The format of The Banner was reworked to make it look more contemporary. The new graphics were intriguing.

The new Banner also focused on the churches and their stories. More pages were given over to news from local CRC congregations and to news about a variety of denominations around the world. I worried that theological instruction in The Banner would suffer, but reminded myself that I must not be too negative. 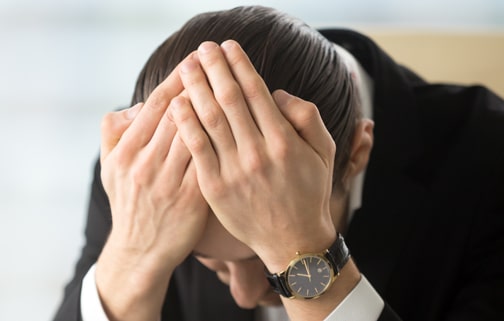 New names appeared as authors in The Banner. I thought that this might mean a greater range of opinion would be represented—something beyond the confines of Classis Grand Rapids East. But several of the new names came from mainline churches. My negative feelings began to surface again.

Regular editorials on the importance of unity and love appeared from the pen of John Suk. Unity and love are important themes, especially in a divided denomination. But it seemed most of the editor’s examples of failures of love and unity came from the actions of conservatives in the CRC. Are we conservatives the only negative ones?

Conservatives certainly can be negative and probably are too often. But I have been amazed at the number of negative articles and editorials that have appeared in The Banner under the new editor. The negative articles are especially strange in light of the lead article published on May 9, 1994 entitled, “Criticism Never Helps.” But the editor has felt free to criticize many features of the CRC.

The Banner has criticized historic Reformed worship (May. 16, 1994, October 17, 1994, November 17, 1994). “Traditional” worship has been criticized and contemporary worship largely praised. Drama, dance, worship on another day than Sunday, and minimal use and exposition of Scripture have been seen as legitimate. Most worship issues have been described as a matter of style. No serious engagement with the full, historic Reformed reflection on worship has taken place.

Worship today in many parts of the American church (both in traditional and contemporary services!) has become theatrical, self-indulgent, sensuous and sentimental. We need a vigorous reassertion of the theocentric, Word-filled, simple, spiritual worship of our Reformed heritage, and more importantly of the Bible. We need a clarion call to study the Bible carefully to discover anew what pleases God in worship.

The Banner has not helped. The Banner has criticized pastors functioning as counselors (December 5, 1994). Several items in this editorial were valid and helpful. But there were serious flaws in his argument. The editor did not reflect on the value and need of pastors to co-operate with other professionals in an integrated way to insure that the Biblical message of morality and holiness is present in all the help that a suffering person receives. Nor did he reflect on the antithesis between Christianity and most of the counseling that goes on in our society. Secular and pseudo-Christian counseling that operates under the basic rubrics of self-esteem and self-fulfillment cannot be harmonized with a Christian vision of self-discipline and self-sacrifice.

The Banner has criticized the CRC Synod of 1994 and its decision on women in church office July 4, 1994). The editor accused the synod of giving proof texts without following a redemptive-historical method of interpreting the Bible. He called for local option on this matter. But he offered no real engagement with the Biblical material on this subject. He did not admit in an honest way that this matter cannot be left to local option because of our classical and synodical organization as a church. He did nothing to uphold our synodical church government or advance the legitimate authority of the synod. He did not even present well the position of the synod. In matters such as this the church needs real instruction on the teaching of the Bible on church office and ecclesiology. But The Banner chose to be negative.

The Banner has criticized the CRC’s stand on the inerrancy of Scripture (October 3, 1994). The editor tried to link the idea of inerrancy exclusively to one philosophical notion (Scottish Common Sense Realism). But inerrancy was taught before this philosophical tradition arose and continues to be taught by those far from this tradition. The most important historical background to inerrancy is the massive assault on the truth and trustworthiness of the Bible that came from liberal Protestantism. These assaults were not just “disturbing” as the editor calls them, but were brutal attacks on the very heart of Christianity. Inerrancy has proved to be a useful touchstone of orthodoxy as the CRC synod reiterated as recently as 1979. If The Banner is really committed to the authority and reliability of the Bible, why is it negative about the long-standing commitment of the CRC to inerrancy?

The Banner has criticized the CRC Form of Subscription (March 13, 1995). In a “Soapbox” article, George Stab attacked the Form of Subscription arguing it should be eliminated because 1) it is not read, 2) it does not reflect the new insights of scholarship, 3) it not understood, 4) some do not agree with it, 5) some have perjured themselves in signing it, 6) it is not needed. The article is simply amazing. It really accuses many in the CRC of being forsworn and suggests that others cannot or will not understand the Form. It takes no account of the history of the Dutch Reformed churches which shows that every decline in orthodoxy is accompanied at last by a change in the Form of Subscription or that every renewal has led to a return to the Form ofSubscription. The Form of Subscription is a crucial bulwark of our confessional integrity. Why would The Banner print such a negative, superficial attack on a treasure that has served the Dutch Reformed churches since 1619?

The Banner has criticized the confessional standards of the CRC (February 6, 1995). The editor argued that real confessions must “scramble from the heart to the tip of the tongue.” (The mind did not seem to enter into the confessional process for him in any significant way.) Using that approach to confession, he argued that the Belgic Confession and the Canons of Dort should be abandoned. (Did the Canons of Dort ever spring to the tip of the tongue?) The CRC should keep the Heidelberg Catechism as “our confessional memory” since it “still works today.” The CRC should also adopt the Contemporary Testimony of 1986 which is “widely accepted in the church.” (Its wide acceptance certainly is not true in my experience, but perhaps I am being negative.)

The editor suggests that we need confessions that will speak to the issues raised by Muslims and Mormons. But the Belgic Confession and the Canons of Dort are much fuller on the Trinity, the work of Christ and salvation by grace alone than is the Contemporary Testimony and those topics are what Muslims and Mormons need to hear.

The editor suggests his proposed change will “touch off a church-wide examination of our confessional roots and a renewal of interest in being a confessional denomination today.” But is it really likely that the CRC will be renewed in studying its confessional roots by eliminating those roots? Let us work for such a renewal by studying the marvelous confessions that we have. Our hearts will be warmed if our minds are engaged with these great works.

So why is The Banner so negative? Why has it criticized such a wide range of constitutive elements of the CRC? The Banner simply does not seem to understand or appreciate historic Reformed Christianity. Rather it has adapted itself to many of the prevailing fads, fashions and religious ideas of the contemporary American scene. Its analysis is often just a shallow, negative critique of great, historic Reformed doctrines and practices.

The Banner’s approach borders on classic liberalism that insisted real Christianity was life, not doctrine. The Banner wants to celebrate the life of the church with news, stories and appeals for love, unity and evangelism. But the church rests on the truth of the gospel, painstakingly articulated in the historic confessions of the CRC The confessions, the Form of Subscription, the Church Order, decisions of synod define the CRC as a church, yet each of those is attacked in The Banner. Not only is the basic character of the CRC attacked, but no space has been given to those who might defend our historic positions. There is no dialogue in The Banner, but rather recurring, destructive criticism.

The Banner must change if it is to serve the real needs of the CRC We need Reformed truth, not negativism.

Dr. W. Robert Godfrey, contributing editor of The Outlook, is President and Professor of Church History at Westminster Theological Seminary in Escondido, CA.