I hope I am wrong, and I hate to say it, but twenty years of the pro-life movement, representing millions of dollars and millions of hours of work, have had only limited success. It is true that we have some pro-life Supreme Court justices, and we have some fine pro-life organizations and crisis pregnancy centers, and there are some minor restrictions on abortions, but the killing goes on. And the current political climate makes substantial improvements will likely any time soon. It is time to ask why Americans are so complacent about abortion.

The answer is that abortion is deeply rooted in the modem worldview that is shaping American culture. To bring substantial restraints on abortion we need to see a substantial shift in the modern worldview.

We must understand that legal and political acts are largely an expression of the culture of a group or individual. When a Supreme Court justice votes on an issue, there follows a lengthy opinion explaining the vote. This opinion is filled with reasoning about the issue, about law, about the meaning of society and the nature of government. The vote of a justice is the product of his/her total culture. On a less sophisticated level, the same is true every time a citizen or a legislator votes.

We must also see that a culture or subculture is held together by a worldview, a set of beliefs about what is ultimately true. A worldview selves as the glue for a culture. Basic worldview questions are things like: What is God? What isa human being? Where do human rights come from? What is wrong with the world? Is there such a thing as moral rules? Many people have not consciously thought out their answers to these questions, and yet they assume certain answers. And their assumed answers shape their total cultural expressions, including acts in the political and legal realms. People occasionally vote in conflict with their worldview, perhaps because of an exceptionally attractive or incompetent candidate, but in the long run, democratic decisions are the expressions of the popular worldview.

In Culture Wars, J. D. Hunter clarifies that there are two worldviews competing to shape American culture, “orthodoxy” and “progressivism.” The orthodox believe there is a fixed, God-given morality, for example, the Ten Commandments. These people are often conservative Catholics, Orthodox Jews or evangelicals. The progressives do not believe in any fixed morality. They think morality is relative, in flux, change or progress. They are usually either secularists or liberal Catholics, Jews or Protestants. No surprise: most progressives are tolerant of abortion. 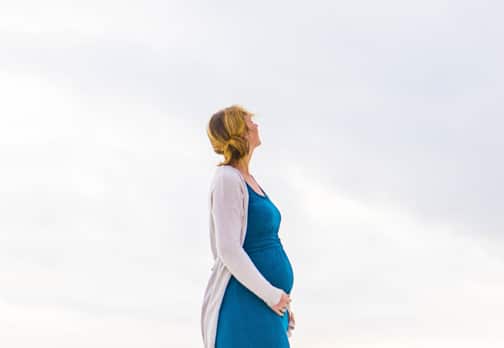 What Hunter does not clarify is the two approaches to the value of a human being, the crucial worldview question related to abortion. One approach says human beings have value because they are created in the image of God. This value has to do with how God sees the person, even if that person has none of the usual human capacities. Even a deaf, mute, blind, severely retarded, unborn quadriplegic is viewed by God as “the apple of His eye.” This is essential to the orthodox Judeo-Christian worldview.

The other approach that we can call “functionalism,” says that the value of the person comes from some function or ability. This is dearly illustrated by the great pseudo-religions of the 20th century: Marxism and National Socialism. Typical of psuedo-religions and secular worldviews is that they take part of creation and make it into a mental idol. Then they interpret all of life in light of that idol.

Marxism took a bizarre view of economic relation as its idol, while the Nazis took German race and blood as their idol. People are then valued to the extent that they represent in their functions that portion of the creation that has been idolized. Therefore Marxists, in theory, valued people who were economically productive, while the Nazis valued people with pure Aryan blood. And if you did not have those functions valued by the reigning worldview, you could be discarded. Inevitably Hitler and Stalin had huge concentration camps.

It is no surprise that pro-abortion philosophers have a functional approach to human value. Michael Tooleyin his article, “In Defense of Abortion and Infanticide” (The Problem of Abortion, ed. by Joel Feinberg, Belmont: Wadsworth: 1984), asks “what properties a thing must possess in order to have a right to life.” Notice that a right to life is based on properties or functions inside a person. He answers, following Feinberg, that “the sorts of beings who can have rights are precisely those who have (or can have) interests.” Further, to have interests, you must have desires, and to have a desire for life you must have a mental concept of a continuing existence. Since fetuses and newborn babies do not have the mental capacity to conceptualize a continuing existence, they do not have a right to life. Notice that he makes mental function the basis for human value. Homo sapiens without the proper function may be discarded.

Mary Anne Warren, a pro-abortion writer with similar views, suggests that the traits of personhood are roughly, 1) consciousness, 2) reasoning, 3) self-motivated activity, 4) the capacity to communicate and 5) self-concepts or self-awareness. Notice that these traits of personhood are all functions. If none are present, she argues, that being is not a person and has no right to life. And she claims a fetus has none of these functions (“On the Moral and Legal Status of Abortion,” The Monist, VoL 57: no.1, Jan. 1973, pp. 54–56).

NEEDED: A SHIFT IN WORLDVIEW

American culture is being shaped by a worldview with a purely functional approach to the value of a person. People are valued if and to the extent that they demonstrate the functions we require of persons. If these functions are lacking, the person may be discarded. This is the connection between abortion, infanticide and euthanasia. To see abortion substantially restrained, there will have to be a shift in the modern worldview, especially in regard to why a person is valued. Of course, a central objective of the pro-life movement is to see strong laws restricting abortion, so we might wonder what that has to do with why human life is valued. The answer is that strong pro-life laws will not be sustainable or enforceable unless most voters see the law as legitimate, and people see a law as legitimate if it fits their own worldview. Just passing a law is not enough. In the late 19th century, most states had pro-life laws, but these laws were not always enforced. In 1870 there were strong laws restricting abortion in New York City, but abortion was openly practiced. In 1871 the New York Times ran an expose on the abortion trade four days before a woman’s body was found in a trunk in a train station, dead from a botched abortion. The ensuing scandal caused a change in the way New Yorkers thought about abortion, and suddenly the laws were seen as legitimate and were enforced. To see strong pro-life laws passed and enforced over the long term, we need to change the way millions of people think, especially about why human life is valuable.

Our task is far greater than anyone thought twenty years ago. To see change, we need to get pro-life people into leadership in all the worldview shaping institutions of modem culture: especially education, the media, and the churches. In every institution we need numerous articulate voices saying that every human life is valuable to God. We must encourage, perhaps with scholarships, pro-life people to go into these fields, even if it means changing careers and going back to school.

Causing a worldview shift is a huge undertaking, but without it our political and legal efforts will continue to be in vain. Anything less and our nation will continue the slaughter of a million and a half innocents each year for generations.

The Rev. Professor Thomas K. Johnson teaches at a Russian University in Minsk, BELARUS. He is affiliated with the International Institute for Christian Studies.