In our every day lives, we typically base our evaluations of people on how well they do. We don’t think, for example, that if someone in our class at school does “D-” work on a paper that they should get an “A.” Further, we don’t like it when our boss says that the lazy guy is a “great worker” (when we know that we are the ones who always pick up the slack).

That is how we often think about God. We are continually tempted to think that God will not think well of us unless we do really well. 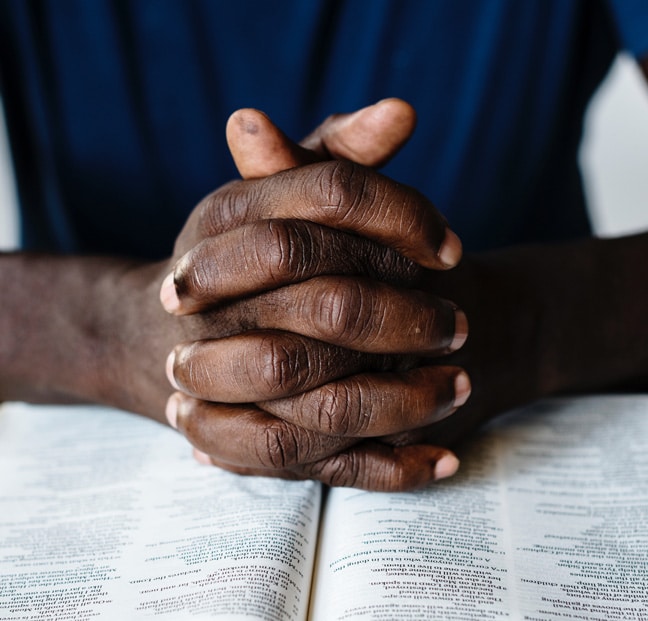 The Bible teaches that what God thinks about us (or His verdict) is based simply on whether or not we have faith in Jesus Christ. This is what the Christian Church has always confessed, and this is what separates us from all other religions of the world.

Please consider, for example, these words from John Chrysostom (c. 344/354–407) in his commentary on Galatians:

This statement may sound very strange to our ears. Do we really want to say that he who keeps the law is cursed? The substance of Chrysostom’s observation was that those who cling to the law for their justification will receive only damnation.

But that sounds a bit harsh, doesn’t it? Shouldn’t those who earnestly try to keep the law get something for their efforts? Doesn’t the Bible even say, “Do this and live” (Leviticus 18:5)?

Chrysostom explains further in his comments on Galatians 3:12–13 why the “do this and live” formula simply will not work, You see how he proves that they are under the curse who cleave to the Law, because it is impossible to fulfill it.

To this curse, I say, people were subject, for no man had continued in, or was a keeper of, the whole Law.

That is why Paul argued that the very phrase “do this and live” actually proves that justification must be by faith alone (Galatians 3:10–14; Romans 10:4–8). If our “doing” was that which made us worthy of eternal life, then we are all in serious trouble (because none of us has done what the law requires). Indeed, “All have sinned and fall short of the glory of God” (Romans 3:23).

This is what Martin Luther saw so clearly: that all of the things that we do are inevitably tainted by sin. No matter how hard we try, we simply cannot fulfill the law. Consequently, if we are going to be accepted by God, then that acceptance must come from another source (not our own performance, actions, or doings).

But there was something else that helped both Martin Luther and John Chrysostom to realize that our acceptance before God must be by faith alone: the greatness of what Christ has already done for us. Chrysostom wrote, “Truly the Sacrifice was offered for all mankind, and was sufficient to save all, but those who enjoy the blessing are the believing only.”

Now, while we may not agree with the first clause of this statement, we must certainly agree that Christ’s sacrifice was sufficient to save all. The Canons of Dort 2:3 put it this way:

This death of God’s Son is the only and entirely complete sacrifice and satisfaction for sins; it is of infinite value and worth, more than sufficient to atone for the sins of the whole world (emphasis mine).

The substance of this phrase completely demolishes all salvation-by works based religions. Jesus Christ is the God-man, and, by His merit, He accomplishes completely everything that is necessary for us to receive eternal life.

We must understand, though, that His active and passive obedience are not divided amongst various acts throughout His life. Every act of obedience was passive and active, though one or the other may be seen more clearly. Thus, the cross was His suffering on our behalf, but it was also His supreme obedience to the Father on our behalf (John 10:18).

This should help us to see more clearly why justification must be by faith alone, and why it is so blasphemous to assert that it is not.

Christ’s satisfaction is fully sufficient to atone for all our sins. To claim some ability to add something to His already perfect sacrifice is the worst sort of insult and most arrogant blasphemy.

Consequently, even when we do say, “justified by faith alone,” we are not asserting that faith is a virtue or a good work that we offer up to God but rather that faith is merely the open hand or instrument that receives the free gift of Christ’s righteousness for eternal life.

Indeed, Luther was deeply impressed with the profundity of his own sin. That is why he greatly despaired of any possibility of being justified before God. But Luther, praise be to God, was eventually even more deeply and even more profoundly impressed with the greatness of Christ’s perfect obedience and suffering for us. Luther explained the importance of Christ’s unique work as the God-man this way:

If it were not to be said, God has died for us, but only a man, we should be lost. But if “God’s death” and “God died” lie in the scale of the balance, then He sinks down, and we rise up as a light, empty scale. But, indeed, He can also rise again or leap out of the scale; yet He could not sit in the scale unless He became a man like us.

The greatness of Christ and His work gave Luther the only comfort that he could possibly have in the face of his personal sin and misery.

Why faith alone? The affirmation of this doctrine rests on these two points. First, because we can do nothing that could make us worthy of eternal life. Second, because there is nothing whatsoever that we can add to the infinite value of Christ’s righteousness. This is the key to many of our controversies. First, it utterly demolishes Rome’s whole soteriological system.

If Christ has given us infinite and perfect merit, then what would we ever need to pay for in purgatory? What need do we have for the merit of the saints? What merit can the Pope of Rome sell us that Christ has not already given us?

We can also apply this to the Arminian doctrine of perseverance. If what Christ has provided is in every way sufficient to satisfy God’s justice and make us righteous before God, then, once it is received, it can never be lost again. This is the basis for an eternal covenant, as we read in Isaiah 54:10,

For the mountains shall depart, and the hills be removed; but my kindness shall not depart from thee, neither shall the covenant of my peace be removed, saith the LORD that hath mercy on thee.

Once we embrace Christ for salvation, we have an eternal life that is really eternal. It cannot be lost. Christ’s infinite and perfect merit assures us of that.

Let us contend for these Scriptural, historic, and Christ-honoring doctrines, so that in our churches today the truth of God’s Word and the glory of our Savior Jesus Christ might be firmly and clearly proclaimed.