Every serious student of the Bible must be interested in the question of the authorship of the Scripture’s individual books. In some instances there is little question, for the author of the book is named. This is the case, for example, with the Pauline epistles. Sometimes the author may not be named in the heading of the book, but some other passage of the Bible gives an indication as to his identity. The New Testament, for example, speaks in such a way as to make it clear that Moses wrote. In other cases no indication as to the author is given. So it is with Ecclesiastes. The name of the human writer is not stated. 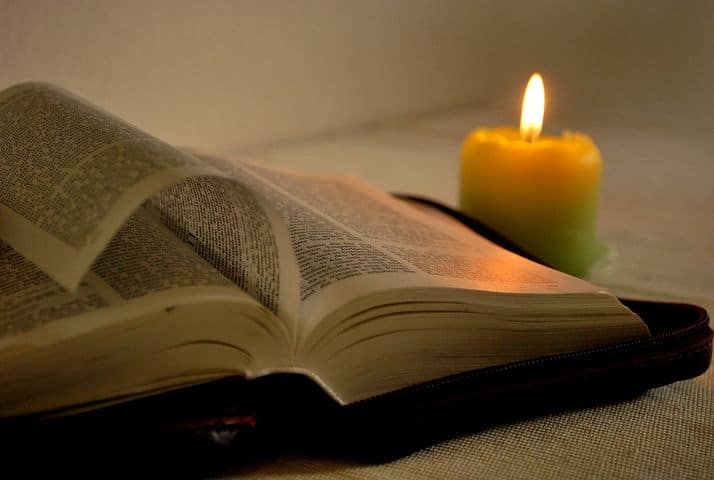 Inasmuch as there is no specific attribution of authorship with respect to Ecclesiastes, how may one determine the identity of the human writer? To understand the situation more clearly we must note that if the Scripture did expressly teach the identity of the human author, the question would be solved. If it were explicitly stated, for example, that Solomon were the author, the matter would be settled. It would be useless to look further for an answer. The reason for this is that the Bible is the Word of God, and when God speaks on any subject, what he says is true. If God says that Solomon wrote Ecclesiastes, that is that. We as Christians need but accept what he teaches. All that the Bible teaches is true and is to be believed. If, however, there were no statement in the book itself, but if the New Testament, for example, explicitly attributed the authorship of the book to Solomon, the question would also be settled.

With some books of the Bible no statement of authorship is given. In such cases, if one is to determine the authorship, he must use whatever criteria are available. In many instances it is not possible to determine who the author is. One criterion which may sometimes be employed is that of tradition. Let us say that a tradition has grown up in the church to the effect that a particular book of the Bible was written by a certain author. The book itself does not identify its author. How much credence should in such a case be given to human tradition? It seems to the present writer that all traditions must be weighed on their own merits. If in any respect they conflict with express teachings of the Bible they are to be rejected. If, on the other hand, they do not conflict with the Bible, they are to be treated with respect. Treating a tradition with respect, however, does not mean that one allows himself slavishly to become bound to tradition. The serious and devout student of the Bible must be guided by what the Bible says, not by mere tradition. Now it may be that in many instances a tradition is old and venerable, and possibly should be accepted. In other cases. the tradition may not be worthy of acceptance. In any case, our standard is not human tradition, but the Word of God. A tradition to the effect that Solomon was the author of Ecclesiastes is not therefore, in itself, a sufficient reason for holding that Solomon actually did write the book We must evaluate the tradition and judge it on its own merits. The cautious student of the Bible is not a mere traditionalist; he is one who should be true to the teachings of the Bible. Between the two there is a vast difference.

THE AUTHORSHIP OF ECCLESIASTES

Reformed scholars have differed in their views of Ecclesiastes. Some have held that Solomon was the human author, and some, like the present writer, believe that the book was written later than the time of Solomon. The book, as we have already noted, does not contain an express declaration of its authorship. If it did, that would settle the question: In company with many Reformed scholars the present writer holds a view of the authorship of Ecclesiastes which maintains that the book is later than the time of Solomon. The late Dr. C. Ch. Aalders has adequately expressed this view as follows: “…that the writer wished to place his words in the mouth of Solomon, but in so doing desired expressly to guard against the misapprehension that Solomon actually was the author.”1

What are the reasons for accepting this position instead of assuming that Solomon himself actually was the author? The reasons generally given for this position are as fellows. In the first place it is claimed that the language at the book points to a time long subsequent to that of Solomon. Dr. Aalders, for example, feels that this argument has considerable force. 1 do not feel its force as greatly as Dr. Aalders, for it does not seem to me to be an entirely decisive argument. We know so little about the nature of the Hebrew language in the different periods of its history that I for one do not care to press this particular argument.

All of the writings of Solomon actually bear his name in the title. We may note the first verse of the Song of Solomon. In Ecclesiastes, however. we simply read, “The words of Qoheleth,” and it should be noted that the word “Qoheleth” is a feminine participle. In 7:27 (in the Hebrew) the feminine construction is apparent. If the reference is to Solomon, why is he identified by a feminine form? The designation is unusual. Why would Solomon speak of himself in the feminine? Is it not more likely that the use of the feminine is a literary device designed to designate the one through whom the words are spoken rather than an actual deSignation of the actual human author of the book?

In 1:12 the writer uses the language, “Qoheleth was king in Jerusalem.” which seems to imply that, although the speaker had been king in Jerusalem he no longer is so. We must grant that the language might conceivably mean, “I was king and still am king,” but this is quite unnatural. Dr. Aalders thinks (and I agree with him ) that the most natural rendering is “I have been king” (ik ben koning geweest) and he calls attention to the perfect tenses in the following verses.

What is of particular significance is the background of the writing. This background appears to be quite different from that of the age of Solomon. First of all we may note the emphasis that the book places upon the misery and the vanity of the time. It would appear that the glory of the Solomonic age had departed (note 1:12–2:26). Oppression was present and those oppressed had no comforter. (These thoughts I have developed further in my Introduction to the Old Testament. Grand Rapids, 1958, pp. 367–369). For these reasons and others most conservative scholars have believed that the book is not the work of Solomon.

It must again be noted, however, that in adopting this position conservative scholars are not flying in the face of express Scriptural statements. Their only desire is to arrive at the truth in this matter. If God had spoken directly on this subject, making a statement as to the author of the book, conservative scholars would wish to be guided by that statement. There is a difference between following the Bible and following mere tradition. God grant that in our study of Scripture our one and only Standard may be that of his infallible truth.