Ascension Day is a day of great interest and importance for the Christian. It was on this day that our Lord and Savior, having accomplished the work of redemption, ascended into the very glory of heaven itself. There He took His rightful place at the right hand of the Majesty on High. Psalm 24 points us to Ascension Day.

The Psalm begins with God’s sovereignty over all things: “The earth is the Lord’s and all its fullness, the world and those who dwell therein. For He has founded it upon the seas, and established it upon the waters” (vv.1–2). The imagery of these opening verses is that of creation, and specifically, Genesis 1:2, “The earth was without form, and void; and darkness was on the face of the deep. And the Spirit of God was hovering over the face of the waters.”

Though God created all things out of nothing, the picture that we are given in Genesis 1:2 is that of chaos, an uninhabitable formlessness, a chaotic void, with darkness on the face of the deep.

Throughout the creation week God speaks, bringing order out of chaos; God creates, making the world inhabitable; God makes man, placing him in the garden. In that perfect creation, man dwelt in the presence of God. Man stood in the presence of a Holy and Living God. He fellowshipped with God. Eden could have been given the name, “Immanuel, God with us.” Such is the imagery of verses 1–2.

The question seems abrupt, almost an intrusion in the Psalm. “Who may ascend into the hill of the Lord?” What is this question doing here in the Psalm? What does this question have to do with the theme of creation stated so eloquently in verses 1–2?

It should come as no surprise that the Garden of Eden itself – that place of God’s presence where God revealed Himself to His own – was founded upon a mountain. Yes, a mountain! Ezekiel 28:13–14 tells us that Eden was founded upon a mountain: “You were in Eden, the garden of God; every precious stone was your covering …. You were the anointed cherub who covers; I established you; you were on the holy mountain of God…” The garden of Eden is here described as the holy mountain of God. 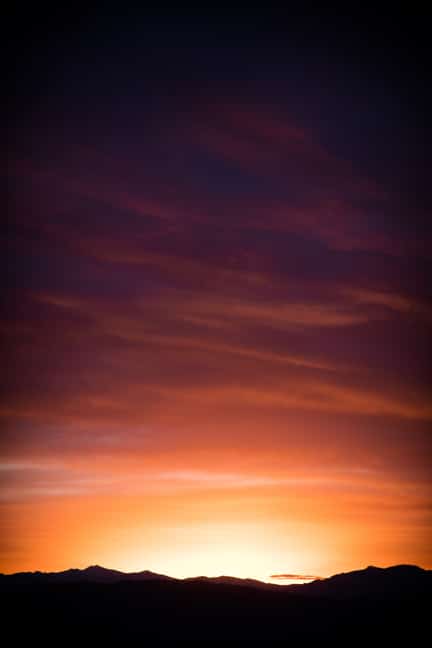 The question of Psalm 24:3, then, makes perfect sense! Verse 3 continues the theme of creation begun in verses 1–2. Verse 3 reminds us that in God’s creation, the Garden of Eden was the place of God’s holy presence; it was the hill of the Lord. God’s presence was there in the Garden of Eden, founded upon the holy mountain of God.

Verse 3 makes good sense; in fact, it is a necessary question. God’s presence was there in the garden, and Adam was given the charge to guard it. Recall the words of Genesis 2:15, “Then the Lord God took the man and put him in the garden of Eden to tend and keep it.” The Hebrew reads literally, “to tend and guard it.” Adam was entrusted with the task of guarding the presence of God. If anything unholy were to enter the garden, Adam must lift his heel and crush its head.

Adam, of course, failed to do so. The devil, in the form of a serpent, slithered into Eden – slithered up into the hill of the Lord – slithered up into His holy place. There Satan sought to do battle with God’s appointed guardian. Satan entered the garden, and Adam, God’s appointed guardian, stood passively by. Adam failed to guard the garden, driving out that which was unholy and evil. He failed to raise his heel to crush the head of the serpent. He sinned and was consequently cast out of the garden – no longer can he stand in God’s holy place, no longer can he ascend the hill of the Lord. The guardianship of the garden was then entrusted to the cherubim, placed on the East of Eden, with flaming swords in their hands flashing back and forth. Thus, Adam and Eve left the garden, descending from the hill of the Lord with the full knowledge that the only way back to the presence of God was through the sword of the cherubim. The only way back to life was through death.

The question of Psalm 24:3, then, is not an abrupt question at all. The question fits the Psalm. Not only does it fit the Psalm, it is a question that must be asked. The Garden of Eden, founded upon the hill of the Lord, was the place of God’s holy presence. Adam had been cast out. In Adam, all his posterity had been cast out. Hence the great question: “Who may ascend into the hill of the Lord? Who may stand in His holy place?”

That is why we have the words of Psalm 24:6: “This is Jacob, the generation of those who seek Him, who seek Your face.” Why is Jacob mentioned here in verse 6? For two reasons. The first is Genesis 28. The second is Genesis 32.

In Genesis 28 Jacob has just deceived his brother Esau. He is fleeing for his life; he is leaving the land of blessing; he is leaving the land of God’s presence. He comes to Bethel. That night he sees a ladder. On the steps of that ladder are angels ascending and descending. And God Himself – guarded by the angels – came down those steps and stood beside Jacob. He spoke to Jacob. Jacob saw the face of God, and Jacob would not forget it. For the next several years, as Jacob sojourned in a foreign land, that night at Bethel sustained him. He had seen the face of God!

In Genesis 32, Jacob is on his way back to the promised land. That night, Jacob wrestles with God. As dawn approaches, the Lord touches Jacob’s hip and cripples him so that Jacob could not win the wrestling match. God says to Jacob, “Let Me go for day breaks.” The Lord issues His warning to Jacob: “Jacob should you behold My face in the daylight, I will slay you. Let Me go for the day breaks!” Jacob responds: “Though it may cost me my life, I will not let You go! Though You slay me, yet will I trust in You!” Jacob was brought to the place that every true believer must be brought: to the place of complete and utter dependence upon God.

“This is Jacob, the generation of those who seek Him, who seek Your face” (Psalm 24:6). Jacob named the place Peniel, “the face of God” The very same word is used in Psalm 24:6. Jacob saw the Lord; he saw the face of God. From that day on, he would walk with a limp, but what a blessed limp it was! For Jacob had learned to depend and to cling to his Lord, and to his Lord alone. From the lips of Jacob, then, we have the precursor to the great and final statement of faith from the lips of our Lord Jesus Christ. You remember His last words upon Mount Calvary? “Father, into Thy hands I commit My Spirit.” Into the hands of the Father who has forsaken Him! Into the hands of the Father who has poured out His wrath upon Him! Into the hands of the Father who slays Him! “Though He slay Me, yet will I trust in Him!”

You see the answer, don’t you? We don’t go back to the garden! Our Savior brings us to a city! We don’t go back to the first Adam, we have been joined to the last Adam! We are not brought back to the first Adam, in his original state – righteous, yet able to fall! We are brought to the last Adam, beyond probation, confirmed in righteousness! Already now we are seated in the heavenly places in Christ (Ephesians 2:6)! We have gained far more in Christ than we lost in Adam. We don’t go back to Eden, we have been lifted up to Zion – to the presence of the living God! Now we long for His return when He shall establish a new creation: the new heavens and the new earth!

Ascension Day is a day of great interest and importance for Christians. It is on this day that Christ entered into the glory of heaven. We celebrate not only the ascension of Christ, but our ascension in Christ, for He has seated us in the heavenly places, there to behold the face of the King of Glory!

Rev. Brian D. Vos is the Pastor of the Trinity United Reformed Church of Caledonia, Michigan. He is also the President of Reformed Fellowship.