When my husband and I left the Christian Reformed Church (CRC) December 31, 1997 after 36 years in the ministry there, we decided that as editors of The Outlook we would “forget those things that are behind” in the CRC, and “press on” in our new church home, the Presbyterian Church in America (PCA). We would, to be sure, print carefully constructed critiques of proceedings in the CRC in years to come, especially those written by and for CRC readers; but we personally would no longer become embroiled in its debates. 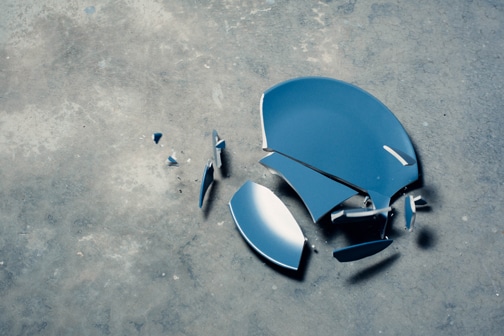 However, in the face of Overture 15, coming from Classis Lake Erie to CRC Synod 1998, which asks synod to consider carefully the declarations of release for ministers who have left the CRC, some things need to be said, not because my own husband’s “honorable release,” which was twice granted unanimously by Classis Grandville, is now being challenged by Classis Lake Erie, but because there is a more basic question which must be faced by CRC Synod 1998 and that is: Who are the real schismatics? Classis Lake Erie judges several ministers who have now left the CRC to be the schismatics who are therefore not deserving of “honorable release.”

Their report goes to great lengths to show how The Outlook (of which my husband is Co-editor) “encouraged” secessions. As editors we deny that charge. We never advocated secession from the CRC. As the tide was turning strongly against CRC members who were opposed to women’s ordination, we did allow occasional statements which referred to secession as the only solution if the CRC remained unresponsive to correction. Even in the most explicit article carried by The Outlook entitled Take It or Leave It (July/August, 1995, p.5), it was made clear that this was a statement made by someone else, and we as editors commented that there might be more “truth than fiction” in that statement. Was it not true that in 1996 these were the only two choices left to the opponents of women in office? They could either “take it” (pay all the bills and watch the tragedy of the GKN be reenacted in the CRC), or “leave it” (the only questions being — how and with whom?). The framers of Overture 15 call this “encouragement” for secession for which at least the Co-editor of The Outlook should not be recommended for “honorable release.” We call it a plain and simple statement of the facts of our options. There was and never will be a satisfactory “middle ground.”

The overture then tackles the South Holland Conference for its letter sent to Synod 1996, fall of 1995:

Should you not lead our churches in repentance for sin and a return to the high view of Scripture for which the CRC has historically been known — until recent years — we will be forced to convene next year to consider painful options, one of which must be a proposal to form a new or different denominational federation.

Overture 15 charges the officers with encouragement to secession, a ground for which they should not receive “honorable release.” In our judgment, this South Holland Conference statement is a clarion call for repentance, and a statement of intent to separate if the CRC does return to its former position.

In both examples cited, a presentation of options and a statement of intent, the quotes are construed as “encouragements” to secession. This is a subjective spin which Classis Lake Erie is placing on these statements to achieve their goal: the withholding of “honorable release” status to departed ministers.

But there is a more fundamental issue here which constitutes the real reason for this editorial: Who are the real schismatics?

As a Christian Reformed Church, we bound ourselves together for years by confessions and a Church Order which we all promised to uphold. Should any elder, pastor and professor (Calvin College and Calvin Seminary) differ from what was taught in these documents, he was duty-bound to follow a specified procedure. The Form of Subscription signed by all of these leaders in the church requires that, should anyone of them develop doubts concerning anything upheld in these documents, he must neither “directly” nor “indirectly” contradict the same by “public preaching or writing.” The doubter is further required to “reveal his sentiments to one of our ecclesiastical assemblies” for adjudication before advocating it.

In the CRC, on the matter of women in church office, the practice of the procedure was reversed. For years pastors and especially professors wrote, taught and spoke in defense of women in office until finally, after twenty-five years, they won their case at the major assembly. Some pastors even blatantly disobeyed the CRC stand and ordained women in their churches. Not one of them was officially reprimanded or declared “dis~ honorable” for disobedience to the stand of our church.

The Synod I 995 itself acted illegally when it bypassed the required procedure for ratifying a change in the Church Order Article 3. It created instead a supplement which would declare the word “male” inoperative. Who are the real schismatics?

The January 23, 1984 issue of The Banner carried six articles promoting women in office (the matter of womer) deacons was coming to synod that summer). I read them and called the editor of The Banner. His secretary told me he would not talk to me (this was the first and only time I called him). But when I insisted I was a full quota-paying member of the CRC, he reluctantly came to the phone. I expressed my distress and surprise that there was not one word in this issue of The Banner which reflected the 2000-year-old stand of the Christian church in general, and the CRC stand in particular, against women in church office. His response was threefold: (1) He said that Editor John Vander Ploeg used the pages of The Banner to promote his agenda, so this editor could do the same. I pointed out that not. (2) He said that The Banner was no longer the official publication of the CRC and he was therefore under no obligation to uphold the official stand of the CRC. Surprised, I asked if The Banner had ever informed its readers of this. He said, “No.” (3) He said, “Conservatives don’t know how to write.” Shocked, I said nothing.

After a fruitless half hour, I finally said, “Well, I will let you go. I am going to write an article for The Outlook and I just called to see what, if any, plans you had to Editor Vander Ploeg’s agenda agreed with CRC commitments and his did balance this issue of The Banner before synod meets. Now I know that you have none.” “Well,” he said quickly, “let’s see; what can we do? How would it be if we run an article giving the “pros” and “cons” of women in office, three writers on each side of the issue, 300 words each?” I said that was hardly “equal time.” But that is what happened. Three writers wrote for women in office, and Dr. W. Godfrey and I (only two writers) wrote against it, 300 words each. So, since the retirement in 1980, of Dr. Lester De Koster as editor of The Banner, to this day, the official stand of the CRC received 600 words of endorsement in its unofficial, funded publication, The Banner. Who are the real schismatics?

The real schismatics are those who created discord in the church by illegally and relentlessly promoting their cause (women in office). To this day none have been officially judged as “dishonorable” or removed from their office.

Further, the Form of Subscription, in addition to forbidding public expression of doubts without ecclesiastical approval, admonishes office bearers (elders, ministers, professors) to “defend” the commitments of the CRC, to “reject all errors,” to “refute and contradict” them, to “exert ourselves in keeping the Church free from such errors.” Who are the real schismatics? Certainly not the office bearers who followed the directives of the Church Order. Rather, the real schismatics are those who violated the Church Order without disciplinary restraint for twenty-five years, raising discord and creating disunity in the church. If there had been no public agitation for a position which was contrary to the stand of the CRC, there never would have been the articles in The Outlook, or a South Holland Conference which Overture 15 complains about. Curiously, the situation seems analagous to political takeovers in the world. First, conquer the country, then change the rules and punish the resisters.

While many in the CRC slept, the skids were being greased subversively by leaders in the church until they finally won their case. But when one side wins, another side loses. Thousands left the CRC with weary souls and aching hearts, not only because of women in office, but even more importantly because of the deep erosion of the authority of Scripture in the CRC, the “hermeneutical shift” on the part of far too many of its leaders.

But a new day is dawning. For most of those who have left, there is a freedom and joy in doing the work of the Lord with those of like mind. For the CRC there remains the task of assigning a status to the ministers who have left. Thankfully, God is the judge, and He will hold each person involved in these decisions accountable for the results.