Statistics, someone has once said, can be used to prove anything.

Though this is largely true, if statistics are correctly handled they are also able to give a fairly adequate survey of any given situation.

In the Christian Reformed Church mention has been made from time to time of the rather amazing growth which we have experienced. During the past decades we have increased in total membership from 122,672 to 154,950, a gain of over 32,000.1 Yet there is noticeable another trend, against which several have raised their voices in alarm.

Anyone acquainted with the Yearbook of this church will find the number mentioned of those who leave her from year to year for other denominations.

No doubt several factors may explain this movement. Many are perhaps baptized members who leave to escape threatened disciplinary action of the consistories. Mixed marriages are also taking an increasing toll among our young people. Occasionally we hear of others who leave in the interests of greater social activity and friendliness in other churches.

But whatever the cause, there is reason for alarm. To lose more than 10,000 members within a decade signalizes a tremendous defection. These people no longer worship with us, and many if not most of them are found in churches where the Word is not preached in its purity or else attend no church at all. From personal experience and conversations with other pastors we are convinced that precious few will ever return to the Christian Reformed Church. 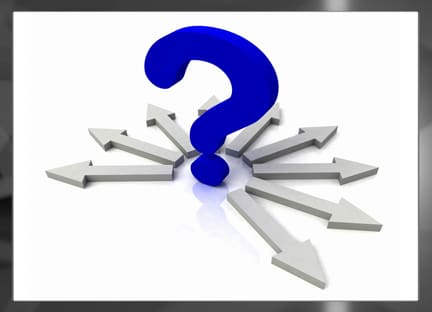 When asking concerning the underlying causes, undoubtedly we have to find at least one in the relatively little knowledge which many people have of what is distinctively Reformed. Our people still come faithfully to church, support her program actively and liberally, but do not realize the difference between what is truly Reformed and what is not Reformed. Among us there are not only members but also leaders who seem to soft-pedal or ignore our distinctiveness. A few weeks ago a deacon of one of our outpost churches mentioned that a college graduate, member of another denomination, desired to affiliate with the Christian Reformed Church. When questioned about the distinctively Reformed teachings on election, the covenant, limited atonement and irresistible grace, his answers were very vague. Yet most of the members of the consistory insisted that he should be permitted to join without further instruction, since he was at least a sincere Christian.

Such action betrays a sinful indifference to the faith which we profess to hold dear. We are in effect saying: We happen to be Reformed, and the Reformed faith is fine; but Arminianism and Lutheranism are just as good for those who believe their doctrines. Certainly this attitude directly conflicts with our Confession, which insists, “We believe that we ought diligently and circumspectly to dis· cern from the Word of God which is the true Church, since all sects which are in the world assume to themselves the name of Church” (art. XXIX).

By holding at least in practice that all churches are about equally good; we betray an even worse weakness. It is that of the lack of love for what is Reformed because of our ignorance. The question may well be asked, How can people love that faith, if they are barely acquainted with it?

1t might be very embarrassing for us to inquire how well our members know the Three Forms of Unity. How many know which they are, what they contain, when and by whom they were written? How many would be willing like Guido de Bres to suffer persecution rather than to retract that God-given heritage of truth?

Most of our problems are occasioned by this lack of devotion to the Reformed heritage. Often the statement is made that we don’t know what is going on in our churches, schools and mission enterprises. Time and again we are challenged that we still have no well-rounded philosophy of Christian education, that we are not aware of our social responsibilities, and that we are complacent in following the forms of true religion but deficient in experiencing the power of godliness.

In so far as these charges are true, they betray a lamentable neglect of our Reformed faith. Books and articles and pamphlets have been written on this subject both in the American and the Holland languages. Yet how many of us, including the leaders, have warmed ourselves at these brightly burning fires, caught the light and warmth and passed this on to others?

We seem far more concerned about new and better buildings, higher salaries, comfortable positions and prestige than with the faith of our fathers. And since we lack enthusiasm, we fail to demonstrate the power of godliness which the Spirit works in the hearts of those who truly love the Word. Then it need not surprise us at all that we have a “leak” on our hands caused by many who without compunction leave our churches.

Because of the lack of knowledge and the lack of enthusiasm for the Reformed faith, we find ourselves face to face with the greatest peril of all. Too many of us are no longer able to defend adequately what is Reformed.

Perhaps this statement sounds too strong for some of the readers.

Let us then examine our attitude and action. When your son or daughter, your friend or neighbor leaves the Christian Reformed Church for some church where the marks of the true church are not so clearly evident, what have you to say? It seems as if most of us are too ready with excuses. Don’t we usually say, “Well, after all it could be far worse. He (or she) is at least going to another church.” Dare we tell them that they are throwing away a priceless heritage? Dare we insist that they are taking not only themselves but also their children and grandchildren into a church where the Word is not so purely and fully preached? How many of our consistories still seek diligently to contact those who ask for transfer to other denominations and point out to them the dangers of the step which they are contemplating? After all, as long as we subscribe to articles xxvii through xxix of the Confession, we must agree that such a step usually involves the person taking it in a grave sin against God and His church.

But if we no longer believe this, then why should we hedge any longer? Why not say openly that all Christian churches are about equally good, that it doesn’t make much difference to which one we belong, and that our creed better be revised at once? If we are ready for this, we had better stop talking about “leaks” and let our people go by the thousands instead of the hundreds. Then it would be much better to sell out our denomination wholesale instead of piece-meal.

It has always been the conviction of our churches that we have the God-given right to separate denominational existence.

However, we enjoy that right only so long as we believe that the Reformed faith constitutes the truest and fullest expression and defense of the Christian gospel. If we can’t believe that, we are schismatics who have rent the unity of Christ’s church.

It is more than time to mourn for this breach in the wall of the daughter of Zion. Let us not first of all weep, because 10,000 and more have already left the church during the last decade. Rather, let us confess that to a large extent the fault lies with ourselves.

We will have to pledge ourselves to a diligent study of what is Reformed. We must learn to love that faith with all our hearts. We must be able to defend that faith to the last ditch as the clearest and richest exposition of the truth of God. And if then people still leave us, knowing what our churches teach and love and defend, not ours but theirs will be the full responsibility for the serious step which they are taking.