There are some people who would like everyone to believe that there Is no difference between a male (man) and a female (woman). There are even some church people who have a favorite Bible verse which they quote to prove that God wants everyone to think that way. The text is Galatians 3:28 and it says, “There is neither Jew nor Greek, slave nor free, male nor female, for you are all one in Christ Jesus.” 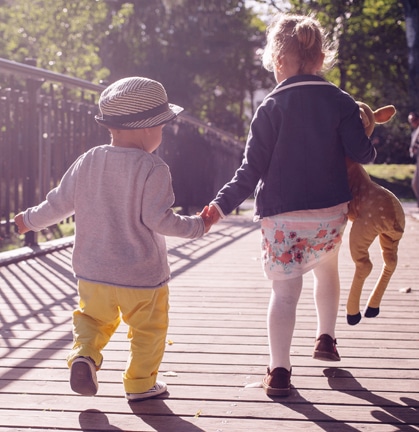 Let’s look at some ways boys and girls are different. First of all a boy’s body is different from a girl’s body both on the inside and the outside. Boys and girls also have different hormones. Hormones are substances produced by the body which have much to do with controlling emotions and feelings. Those are two huge differences which cannot and should not be overlooked. Amazingly, people who want men and women to be the same do not think that these differences are important. Figure that one out!

Do you know what the Bible has to say about this? The Bible says that men and women, boys and girls are different. That’s the way God made them to be. Way back in Genesis there is evidence of this. Read Genesis 2:20–24. Woman was made from man, specifically from one of man’s ribs. Why was woman made? The Bible tells us that woman was made to be a helper to man. This is the way it was in the perfect world God created.

Let’s see what happened after the fall -when sin entered the world. God says in Genesis 3:16 to the woman, “Your desire will be for your husband and he will rule over you.” We see here that the role of women in the family is pretty much the same. The man is the head of the household and the woman is called to obey him. Does this mean that she cannot have any opinions of her own? No!! The Bible also calls husbands to love their wives as Christ loves the church (Eph. 5:25). You know you listen to those you love and never take them for granted. This is the perfect balance between men and women in the family set up by God.

What is the role of women in the church? Looking to the New Testament the Bible says through Paul, “Women should remain silent in the churches. They are not allowed to speak, but must be in submission as the law says” (I Cor. 14:34). That is pretty specific. What if a woman feels the calling to become a minister or an elder? I firmly believe that calling is not from God because the Bible forbids that kind of action. It probably stems from a selfish desire deep inside the woman to do what she wants and not what God wants. What if the woman really is a good leader and teacher? Then she must find a way to use her gifts as God commands her such as leading other women or teaching children.

Then she will find true fulfillment and blessing from God. Does this role of women contradict Galatians 3:28? Not at all. In that text the Bible was speaking about the salvation of men and women and not the role of a man or woman. Jews and Greeks, men and women are saved the same way—by the blood of Jesus.

What is the role of women in society? Can a woman doctor, lawyer or judge have authority over a man? I believe that the Bible allows for this. The Bible even gives examples of authoritative women such as Phoebe and Priscilla who were well-respected by Paul the apostle. Another good example is Deborah in the Old Testament. The Bible also gives no reason to show a woman less respect than a man in her job or her paycheck. That’s the role of women in society.

As you can see, boys and girls, men and women are different. God made them that way. They are good and important differences which God intended to help the family and the church grow closer to Him. If women and men follow in the roles set up by God, who knows—together we could move mountains!