In the Spring 1994 Forum, Dr. Neal Plantinga discussed the concern that a church which approves women’s ordination is also more likely to approve gay sex. Plantinga denied any link between the two issues. He said that those who warn of such a connection are (1) likening womanhood to gay sex, and (2) implying that gay sex is worse than other sins. However, one need not commit either of these blunders to be concerned about a connection. 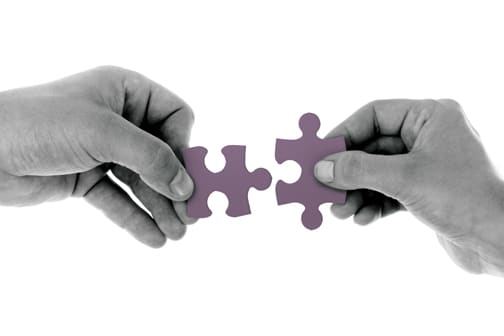 WHY SINGLE OUT GAYS?

Let’s begin with why more alarms are sounded about approving gay sex than about approving other sins. Plantinga asked in his article, “Why do we make a lot of the one sort of sin and comparatively little of the other? Nobody at synod warns us that if we ordain women, then the next step will be to ordain thieves.”

Many gays don’t want to hear that gay behavior can be forgiven and changed like other brands of sin. They deny that gay sex is sinful in the first place. They don’t seek forgiveness; they seek approval. So one doesn’t have to think gay sex is worse than other sins to realize that approval of gay sex is a more pressing possibility than approval of theft.

1. Paul was shaped by a culture that considered it wrong for women to hold ruling offices in the church. Cultural change opens up better possibilities for us.

• Paul was shaped by a culture that considered it wrong for people to engage in gay sex. Cultural change opens up better possibilities for us.

2. We know things about the full status of women that Paul didn’t know or couldn’t apply back then.

• We know things about the inborn basis of homosexuality that Paul didn’t know or couldn’t apply back then.

3. In 1 Timothy 2 Paul used an argument concerning women which was based on a flawed rabbinical exegesis of Genesis. This was useful to convince Paul’s original readers, but it provides no permanent guidance on a woman’s role.

• In Romans 1 Paul used a rabbinical diatribe against gay sex. This was useful to draw Paul’s original readers into the flow of his argument, but it provides no permanent guidance on God’s will for sex.

4. In 1 Timothy 2:12 Paul did not intend to condemn women’s rule as such. He only condemned radical or authoritarian rule by women.

5. “Neither male nor female” (Galatians 3:28) means gender distinctions are irrelevant to ecclesiastical office.

• “Neither male nor female” (Galatians 3:28) means gender distinctions are irrelevant to sexual intimacy.

6. The overall sweep of Scripture showing woman’s equality should override fundamentalistic hangups about a few difficult texts that seem to exclude women from the ruling offices.

• The overall sweep of Scripture showing the reign of grace should override fundamentalistic hangups about a few difficult texts that seem to condemn gay sex.

7. There are believers, churches, and scholars on both sides of the issue of women’s ordination. It’s wrong to bind consciences if Scripture is not clear to all.

• There are believers, churches and scholars on both sides of the issue of gay sex. It’s wrong to bind consciences if Scripture is not clear to all.

A reviewer in The Christian Century writes: “A Christian proponent of gay marriage or even of tolerated gay unions must face the fact that such acts are a radical departure from traditional norms. One can make this departure either by honestly abandoning some or all of the tradition, or (much more tenuously) by using an historical, relativist hermeneutic to locate some deeper stream within the tradition. Both of these lines of argument have appeared in the discussion of women’s ordination, which also represents a radical departure from traditional norms but which is now widely accepted.

When we turn from the specifics of Biblical interpretation and look at recent trends, what do we find? Plantinga pointed. out that among churches which ordain women, only a minority have begun to ordain lifestyle gays. Fair enough. But we should also note that among churches which do not ordain women, not one ordains gays. Ordination of women may not always lead to ordination of gays, but it does make the probability much higher than zero.

Also, Plantinga mentioned the GKN in passing, as just one more name among a smattering of churches that ordain lifestyle gays. But the GKN is not just another name on a list. It is the CRC’s mother church. Many CRC members in Canada are barely a generation removed from it. Many CRC theologians received their advanced education in the Netherlands from GKN professors. The CRC must pay special attention to the direction the GKN has chosen.

At any rate, it’s misleading to estimate probabilities by counting how many of the churches which ordain women are already ordaining gays as well. A number are headed. that way but haven’t yet arrived. Remember, in society the ideology of women’s rights came well ahead of the ideology of gay rights. Church policy doesn’t change overnight. It usually takes a few decades of study committees. Many churches that have begun to ordain women are still in the process of catching up with society’s lead on other matters. Classis Grand Rapids East, which recently declared the word “male” inoperative and seated two women delegates at its Classis meeting, is also circulating a document which is open to the involvement of homosexuals who live in a faithful and monogamous relationship, to participate in the leadership of the church.

Meanwhile, in the CRC itself, a growing number of pastors and congregations at the forefront of advocating women’s ordination are also questioning openly whether gay sex is always sinful. For example, the church council of a large Canadian CRC concluded a report on homosexuality by saying that “it is possible that God will yet reveal that homosexualism in a committed same-sex relationship is acceptable.”

A final area of concern that connects the two issues is the resurgence of paganism and gnosticism. The ancient gnostics denied that Jesus came in the flesh. They preferred secret, ongoing revelation to the written Word. Many of them also emphasized female names for God. This brand of religion has reappeared in many feminist theologians, with a strong impact on a number of seminaries and denominations.

At the ecumenical “Re-Imaging” conference for women, held in Minneapolis in 1993, participants dispensed with Father, Son and Holy Spirit. They worshiped “Sophia” instead. The lesbians at the conference received a standing ovation. Among the sponsors of “Re-lmaging” were denominations cited by Plantinga as examples of churches that have ordained women without sliding down the slippery slope.

Dr. Plantinga said some good things in his article. To the degree that he helped us detect and reject misogyny and homophobia and other evils that may linger in our hearts, his article was helpful. But it was not helpful to suggest that such attitudes are the only basis for thinking that a church which ordains women to ruling offices is also more likely to approve gay sex.

Interpretive parallels, recent trends and resurgent gnosticism; these are three areas in which there seems to be at least some connection. This does not of itself prove that women’s ordination is wrong. But it does show that the debate over women’s ordination has closer ties to the debate over gay sex than many people seem to realize. The CRC must face these matters squarely.

Rev. David Feddes, a minister in the Christian Reformed Church, is the radio minister of the denominational broadcast, The Back to God Hour.

Reprinted with permission from the Calvin Seminary Forum.