“What is it that attracts Westerners to Islam?”

This question was raised by one of the students at Westminster Theological Seminary in California, during the two-week interim class on “Current Issues in Missions” and “Missions to Muslims” which was taught by my husband. Later the seminarian explained to us what lay behind his question. It was something that we all puzzle over when we hear that a former Christian has become a Muslim, especially a woman. He had watched this happen to a young lady from his church who was totally won over to the religion of Islam. She had met a Muslim student while at university. The seminarian considered her to be someone who did not make hasty judgments. He imagined that she had really read and studied all she could before she made her decision. But the end result surprised him when her acceptance of Islam became visible. She had adopted the traditional dress and covering of an Islamic woman. 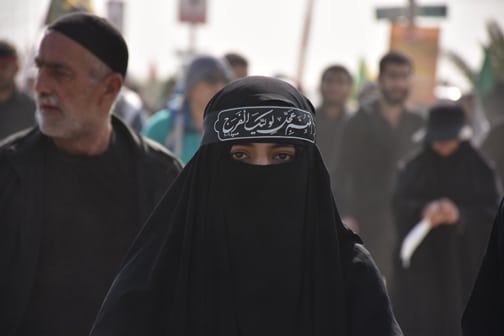 But she had been a Christian. What had happened? Was her immunity level too low? Was there something lacking in the Christianity she saw around her? Why was she attracted to Islam?

In looking for an answer we will go back in history to see how Islam spread in its early days—it is more than 1400 years old now. Are today’s tactics different? In the early years Islam spread forcibly, often by the sword. Those who tried to resist, lost their life. Those who converted were safe. And those who attempted to hang onto their faith had to agree to pay the heavy taxes that were levied on them, and they also had to settle for life as “second-class citizens.” They were known as “dhimmis” or the “protected ones.”

That is not how Islam is being presented here in the USA in this 21st century. Now that Islam is spreading freely over Western Europe and into the Americas, by immigration and also by the finding of lucrative jobs in the technical field, there is no need for force. Force might be needed to bring in the “Khilafa” and “sharia” law. The unspeakable violence in the country of Nigeria gives an unpleasant example of how unacceptable that was to a portion of the population.

Islam is considered one of the fastest growing religions. There is an air of success about it and a visible drive to convert the West by persuasion. Using the laws of the free world, and the newfound skills of the computerbased society, there is unlimited scope for spreading the Islamic faith. Muslims have been quick to establish attractive web sites. They have also learned how to make themselves heard politically and on the university campuses of each free and democratic country in which they have settled.

Perhaps you remember reading our article about “Khilafa” for Britain (March issue of the Missionary Monthly). In it we talked about this dream of establishing Islamic law in Britain and how it was challenged. That debate took place in London in November of ‘99. This February we learned of a very different kind of debate, but on a similar subject, which took place at Oxford University. It was planned by the Oxford Debating Society and the proposition they wished to debate was: “The House believes that Islam is incompatible with the West.”

We have just read a synopsis of what was said and the visible results. Intangible results cannot be measured. According to the report the majority present voted against this premise. They decided that Islam is compatible with the West! It is questionable how enlightened the audience was about the history and significance of the matter being discussed, or whether there were many genuine Christians present.

The debate was held at the Oxford Union with attendance around 1000 persons. Jay Smith was invited to uphold this proposition and Benizir Bhutto (former Prime Minister of Pakistan and ex-Oxford Union president) opposed him. Supporting Jay was a war correspondent for The Times named Janine de Giovanni who had come straight out of Chechnya. She was one of only two Western journalists to have penetrated the rebel lines. His other supporter was an Oxford student, Jake, who is one of the foremost debaters in the student world. Ms. Bhutto was supported by Dr. Zaki Badawi (principal of the Muslim College of London), and Aaron, a Singaporean Malay Muslim student debater.

By the time our friend was called upon he knew that he was not among friends. He was the last to speak. His words were met with hostility. Benazir Bhutto had cleverly presented an Islam that one would hardly recognize—a tolerant, loving, Westernized Islam having so much in common with the peoples of the world and obviously so much in common with the audience. She was a brilliant and elegant speaker and soon had them in her control. She spoke of her attempts to lead a “reformation,” similar to what Christianity had gone through in the 16th century. Her family history was enough to create a wave of sympathy. Who would dare to argue that Islam is “incompatible with the West”? Hadn’t Ms. Bhutto suffered the loss of her father, a former Prime Minister, by hanging? And hadn’t she herself been removed from her position as Prime Minister of Pakistan? How doubly remarkable then that this did not stop her from championing her religion.

So there we have one answer about this attractiveness. Somewhere between the radical group of last November who wanted Islamic law (shariah law) to be practiced in Britain, and now the sophisticated “reformers” (so-called) who would market a new Westernized type of Islam that would be agreeable to all, must lie the answer to why there is this continual defection from our ranks. It can happen to someone who has previously known nothing about Islam, or to the most learned theologian who has spent hours, even years, in his study of the subject.

Not many of us will be called on to publicly debate a subject such as this one. But we do well to consider what kind of an impression the Christians of Europe and America are having upon the world around them, and particularly on the new immigrants coming into western lands. One longs for the Christian community at home to have the zeal and fervor of the Christians who have left home and country to take the gospel to foreign lands. For the first time in history those of us who make up the “sending” church are on trial. The foreign lands have come to us and they judge Christianity by what they see. Not only do they challenge our lifestyle but also, as in the case of the Muslims, they come with a fervent desire to convert us to their religion and way of life.

A thoughtful study of the New Testament epistles will show how important it was to live so that others would see Christ. Someone has said that the miracles performed by our Lord authenticated His great work here on earth, and that likewise, our godly behavior would authenticate our spoken testimony. One cannot help observing that the Christian lifestyle is not nearly as definite as the Muslim lifestyle. There is a definite attraction in the visible prayer devotion exhibited by Muslim believers. Many people are looking for a religion which has the security of lots of rules and regulations.

We are aware, also, that in countries like France and Britain, the Christian witness has become almost non-existent. One thinks with shame of the low level of British humor, so much of it blasphemous and determined to use religion as only something to be laughed at. Or one shudders to hear of the open prostitution being condoned in the big cities of The Netherlands. As for France—secularism has done its best or worst to stamp out the Christian faith. To the Muslim immigrant these matters are all proof of the failure of Christianity for they think of these countries as being “Christian.” Who would not prefer a religion which takes itself seriously?

Undoubtedly there is a growing attraction to Islam. We would recommend that you read more of our web site and give yourself a refresher course. The old days have vanished. Islam is not merely a faraway, unreached mission field crying out for attention and more missionaries. It has a vigorous missionary force and is making itself heard everywhere you look in the Western world. We need a faith-built immunity to stem the tide.

Mrs. Madany was an invaluable partner for her husband, Reverend Bassam Madany, when he was Minister of Arabic Broadcasting for the Back to God Hour of the Christian Reformed Church. Now in retirement, they have established Middle East Resources, help for ministry to Muslims. Their website is www.safeplace.net/members/mer.