“What use is it, my brethren, if a man says he has faith, but he has no works? Can that faith save him? If a brother or sister is without clothing and in need of daily food, and one of you says to them, (Go in peace, be warmed and be filled,’ and yet you do not give them what is necessary for their body, what use is that? Even so, faith, if it has no works, is dead, being by itself But someone may well say, ‘You have faith and I have works.’ Show me your faith without the works, and I will show you my faith by my works. You believe that God is one. You do well. The demons also believe and shudder. But are you willing to recognize, you foolish fellow, that faith without works is useless. Was not Abraham our father justified by works when he offered up Isaac his son on the altar? You see that faith was working with his works and as a result of the works, faith was perfected. And the scripture was fulfilled which says, (And Abraham believed God, and it was reckoned to him as righteousness, and he was called the friend of God.’ You see that a man is justified by works and not by faith alone. And in the same way was not Rahab the harlot also justified by works when she received the messengers and sent them out by another way? For just as the body without the spirit is dead, so also faith without works is dead.” James 2:14–26

Until now in this series of articles on justification, I have only set forth the doctrine of justification. In doing so, we have considered what is meant by the claim that justification is by grace alone on account of Christ alone through faith alone. I have attempted to present a Scriptural summary of what this great doctrine teaches us about God’s grace. This teaching is succinctly stated by the Apostle Paul in Romans 3:28: “Therefore, we maintain that a man is justified by faith apart from works of the law.”

On the basis of this and other passages, we noted that justification has to do with God’s declaration as Judge of our innocence. Upon the basis of the work of Christ on our behalf, God declares us to be acceptable to Him. Not only are our sins forgiven, but God also grants and imputes to us the perfect righteousness of Christ so that it becomes ours. This bestowal or imputation of Christ’s righteousness to us is a free gift that we receive by the hand of faith alone. Faith is the exclusive instrument by which to receive what God grants to us by grace. Such faith repudiates all thought of merit, and finds its life and sustenance in Christ alone. Only in this way are we justified, and does God’s grace receive all praise and honor in our salvation.

There is, however, a common, oft-repeated complaint against this teaching. The apostle Paul anticipates it in Romans 6 when he says, “Shall we sin then that grace abound?” This complaint or objection is that, if we are saved by grace alone, quite apart from any works done in obedience to the law of God, and if all we need do is receive that with the empty hand of faith, will that not make us “careless and profane” (Heidelberg Catechism, Lord’s Day 24)? If God justifies us by grace alone apart from works, will that not lead to what we sometimes call “antinomianism”? Will we not be tempted to conclude that we may live any way we please, since our salvation is a free gift? That, regardless of the kind of life we live, God will nonetheless regard us as acceptable to Him? These questions cannot be ignored or avoided. The sheer graciousness of God’s grace toward us in Christ compels us to confront them. 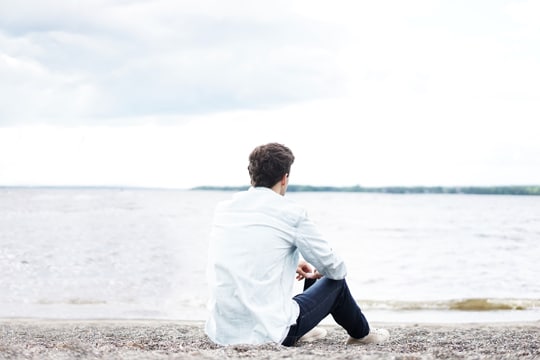 Now I noted in an earlier article, in reply to the charge that free justification is a kind of “legal fiction,” that it is anything but fictional. When God justifies us upon the basis of the righteousness of Christ that He grants and imputes to us, He does something most real. There is nothing fictional about God’s act of granting to us in Christ what we need to stand before Him. If I may be permitted a comparison, that would be like a person who says, “So-and-so paid bond for me and on that basis obtained my release from jail; but, because I didn’t personally meet that bond obligation, it’s not real that I’ve been released.” We would say that such a person is talking nonsense. Of course it’s a reality, not fiction!

But what ultimately lies behind this objection to free justification—that it is a legal fiction—is the contention that the doctrine of free justification means that, when God declares men to be acceptable to Himself, He also leaves them in their sins. God’s work of grace ends, terminates, upon justification, and doesn’t bring with it the grace of sanctification as well.

In this connection, I am reminded of a poem by W. H. Auden, entitled Luther. Perhaps you are familiar with it. In this poem, Auden expresses vividly this common objection to the doctrine of justification, that it encourages complacency and an indifference to good works in the Christian life:

Conscience cocked to listen for the thunder.

The views of judgment fluttered in his head.

The just shall live by faith, he cried in dread.

And men and women of the world were glad,

Who’d never cared or trembled in their lives.

The point Auden is making is not hard to discover. Luther and the Reformation, with their doctrine of justification by grace alone through Christ alone, encouraged a kind of lifeless and profane indulgence of the grace of God. This is a doctrine that gladdens the heart of sinners, not in the sense of a proper joy in God’s work of salvation, but in the sense of encouraging them to continue in their cherished sins that grace might abound.

The Teaching of James 2

Invariably, this objection to the teaching of free justification appeals to the teaching of James 2. When the Roman Catholic Council of Trent condemned the doctrine of the Reformation, no passage of Scripture was more frequently cited than this one. According to the authors of the Council, James 2 offers a convincing proof of the error of the Reformation’s teaching regarding justification. Contrary to the insistence that justification is by grace alone through faith alone, apart from works, the Apostle James clearly teaches that we are also justified by our works. The believer’s justification is based upon God’s grace, to be sure. But this grace produces good works done in obedience to the law of God which are also a part of the ground for our justification.

For this reason, Luther—who, as you may know, was a bit impetuous and given to impromptu remarks that demonstrated sometimes perhaps more zeal than wisdom -on one occasion, in his preface to his 1522 edition of the New Testament, remarked that the epistle of James is a “right strawy” epistle. Though Luther had better things to say about James on other occasions, in this instance he expressed his readiness to consign it to the flames, rather than allow it to stand against the doctrine of justification by faith alone.

Because of the importance of the issue and this common appeal to the teaching of James 2, it is necessary that, before we conclude our consideration of the doctrine of justification, we consider this passage. What does it teach us about the role of good works in the life of the believer? And does it contradict what we have claimed regarding our justification by grace alone through faith alone?

Luther’s critical comment regarding James 2 is well known. What is not as well known is that Luther is reported to have remarked on one occasion in his table conversation: “‘Faith alone justifies.’ That stands in flat contradiction to ‘faith alone does not justify.’ If anyone can harmonize these sayings [that is, the sayings of Paul in, for example, Romans 3:28, and the apostle James in James 2:21, 24], I’ll put my doctor’s cap upon him, and I’ll grant him the privilege to call me a fool.”

That will be our challenge in what follows: to see whether we can earn the right to wear Luther’s doctor’s cap and say of Luther, on this score at least, “He was not wise” (to put it in terms more polite than his!).

As I hope to show, the argument of James amounts to the claim that “a lonely faith does not justify.” A lonely faith—that is, a faith that is unaccompanied by good works and therefore an empty and lifeless thing—does not save. However, James does not teach that good works are the ground or basis for our acceptance with God.

(to be continued in the October/2000 issue of The Outlook)

1 This is often expressed as well in the complaint that the formula, simul iustus et peccator (the justified is “at once righteous and yet a sinner”), encourages a dangerous indifference to the necessity of good works in the Christian life. However, this formula was never intended to deny the necessity or reality of good works in the life of the believer. It was aimed at the idea that our good works could ever be, in the whole or in part, the ground of our justification.