Recent periodical literature has given more than usual attention to the Swiss theologian, Karl Barth. The immediate occasion for all this attention, in addition to his continued leadership of neo-orthodox thought, was his seventieth birthday last May. Theology Today, representing Princeton Seminary mainly, devoted an entire issue (October, 1956) to articles in honor of Barth, as did a recent number of the German language journal Kerygma und Dogma. In this article attention will be called to some of these many articles as they center on Barth’s influence upon biblical theology.

The winter issue of Religion in Life presents a discussion by four theologians on the present status of biblical theology. The lead article is by Dr. James R. Branton, Professor of New Testament Interpretation at the Colgate-Rochester Divinity School with comment and critique following in the articles of Millar Burrows, James D. Smart and Robert McAfee Brown.

Significant charges are made against neo-orthodox biblical theology by Dr. Branton, though not all are equally valid. Some nine accusations are summarized as follows: “It has cut the Christian faith loose from its rootage in history. It indulges in unworthy methods of exegesis in order to find its doctrine in Scripture. It manufactures a unity for Scripture that can be maintained only by ignoring many essential parts. It makes much of the category of myth because it can infuse into the myths of Scripture whatever meaning it pleases. It assumes one basic kerygma and one basic Christology in the New Testament, when actually a variety of kerygmas and Christologies are to be found there. It undermines the ethical drive in the Christian religion. It lets subjectivism grow wild. It places an exaggerated emphasis upon eschatology and tries to persuade modern man to revert to the Ptolemaic world-view of ancient times” (p. 22).

Branton notes with satisfaction what he believes is a “cloud of change on the horizon” even though it is only “somewhat larger than a man’s hand.” He believes that there is a growing trend away from Barth and the neo-orthodox biblical theology. It is a “new liberal modernism” or a “neo-liberalism” which Branton is hoping for, although he does not like the labels. 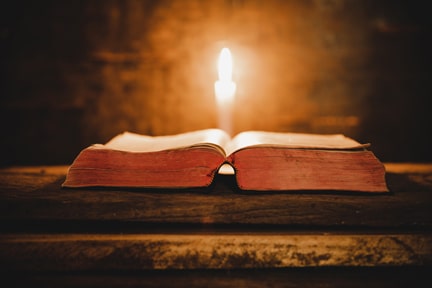 The author of a recent book on the Dead Sea Scrolls and Professor of Biblical Theology at Yale Divinity School, Millar Burrows, indicates complete sympathy and applauds the vigorous statement of the case by Dr. Branton. Burrows adds, however, that he has oversimplified and overgeneralized both the older liberal and the neo-orthodox views of biblical theology. He notes also that the revolt was not so much within biblical scholarship as it was “a revolt of the theologians against biblical scholars.” Burrows agrees especially with Branton’s charge that for the neo-orthodox a genuine revelation in history is impossible and eisegesis too often replaces exegesis. “It is amazing to see how the ncoorthodox way of looldng at things combines an emphasis on something called history and its central ‘event’ with a radical skepticism as to the possibility of historical knowledge.” “Even though the neo-orthodox dislike the word,” according to Burrows neo-orthodoxy nevertheless “throws us back upon what is essentially mysticism. We are left a prey to subjectivism…” For Burrows an “exact historical exegesis, making full use of the best historical and philological knowledge, is an indispensable prerequisite for anything that deserves to be called biblical theology” (pp. 18–21).

Objections from a Canadian

Sharp disagreement with the foregOing is set forth in the third article of the symposium by Dr. James D. Smart, a Presbyterian minister in Toronto. Smart is astonished at Branton’s article and says “only confusion can result from ignoring the complexity which exists in the field under consideration” (p. 24).

Dr. Smart is unable to recognize any new reaction to the neo-orthodox position while voicing the suspicion that “the radically new approach” suggested by Branton, “is an old friend in slightly remodeled clothing” (p. 24). In dealing with the. various objections voiced by Branton, Smart likewise indicates that the relation of faith and history or revelation and history is crucial to the issue. He admits that Brunner’s Christology is open to the charge of a form of docetism, as is that of Bultmann’s in a different way, but he adds that “this is decidedly untrue of the Christology of Barth and others” (p. 29 ). “It is one thing to base our faith upon a revelation which actually was given in historical situations, and another to attempt to base it upon ideas or principles or values which are exemplified in certain historical personalities.”

The biblical theological discussions of today, according to Dr. Smart, “far from being a played out movement should have its most interesting growth and fruition in the years directly ahead of us” (p. 29).

Union Seminary and the Reformers

A final article in the symposium is from Robert Mcafee Brown of the systematics department of Union Seminary. In seeking; an answer to the question ‘is there a biblical theology?’, Brown reviews the answers of Brunner, Tillich, and R. Niebuhr and notes the danger that men will “speak to the Bible, rather than letting the Bible speak to us” (p. 38). Brown then turns to the Reformers for help. Speaking of the Reformer’s twin doctrine of the testimony of the Holy Spirit and doctrine of the Word, he interprets both in a neo-orthodox way and concludes: “The need, then, if we are to ascertain the meaning of Scripture, is to keep alive the creative tension between the doctrine of the Word, the absolute centrality for faith of Jesus Christ, and the testimony of the Holy Spirit, so that we do not on the one hand imprison the Word within words, or on the other hand destroy the Word by a too-freewheeling ‘spirituaIity’” (p. 39).

Prof. John McIntyre, formerly professor of systematic theology at Sydney, Australia, and now in Baillie’s chair at Edinburgh, has published the first part of an article on “Christoiogy and Revelation.” (Reformed Theological Review, Oct. 1956). Although the author’s personal position is not yet entirely clear, he concludes with a weighty critique of Barth’s so-called biblical theology. “In view of this analysis of the O.T. evidence, it is difficult to concur in the Barthian judgment that there is no revelation of God apart from Jesus Christ. To adhere so rigidly to this judgment as do some Barthians is to By in the face of the whole O.T. knowledge of God…” (p. 89). (Cf. also the Scottish Journal of Theology, Oct. 1956 for a lyrical tribute to John Baillie, recently retired and now teaching in the U.S.A., as well as other significant articles on Barth).

Rome and the Bible

In the papal encyclical Humani Generis (1950), the Pope called attention to the “inexhaustible treasures that still await exploitation in patrology and in Scripture.” A Toronto Jesuit, R.A.F. MacKenzie reflects: “This statement of the Holy Father’s fits in strikingly with an easily observable fact. Among Catholics of various languages and cultures, both clerical and lay, there has been developing, especially since World War II, a keen interest in Holy Scripture and an evident desire for closer contact and familiarity with the Written Word of God…They want the doctrine, the message contained in the mysterious and fascinating book in which God’s revelation is preserved and interpreted to us by the Church” (Theology Digest, Vol. IV, no. 3, p. 132).

In another article attention is called to the striking fact that “Catholic theologians are devoting more study than ever before to the historical exegesis of the Bible; and Protestant theologians are devoting more and more attention to the problem of tradition” (Scottish Journal of Theology, Dec. 1956, p. 357). The author Prof. K. E. Skydsgaard, concludes his article with the reference to a recent comment by the Roman Catholic Professor Geiselmann. Geiselmann claims that our understanding of the Roman Catholic position of tradition is all wrong. He admits that many Roman Catholics likewise did not correctly understand the official position when they placed tradition above or even along side of Scripture. The Council of Trent specifically rejected that position, he claims. “Holy Scripture, as far as its content is concerned is sufficient and complete. There cannot be two sources of revelation, but only one, the Scripture.” To this Prof. Skydsgaard concludes: “If this is a true interpretation of the Council of Trent and of post-Tridentine theology as well, it will cause considerable controversy and upheaval in present-day Roman Catholic theology” (p. 358).

All of this indicates again the very stimulating but extremely complex religious situation which faces us today. It is stimulating because of the many theological studies which seek a biblical basis, and if one keeps his feet on the ground and reads discerningly, he may learn much in the way of detail that will benefit him. On the other hand there is the danger that some will fail to note the neo-orthodox or neo-Iiberal position upon which such studies are based and which result thus in considerable reading into the text, as is charged above.

Whether the reaction to which Branton refers above is as real as he believes, is difficult to say. At any rate it will be a reaction first among the profesSionals, and for a long time to come the influence of the neo-orthodox will continue to penetrate to the levels of ordinary church life. Just as a generation or more, all the way down to the Sunday School level, was instructed on the weak diet of liberal theology, so the unsatisfying diet of neo-orthodoxy is increasingly making its way to the level of the children as well, and will undoubtedly increase its influence in our generation. Note, for example, the recent book Biblical Theology and Christian Education by Randolph Crump Miller of the Yale Divinity School which grades the material all the way from the senior high level down through that of primary, kindergarten and nursery.