It is no secret that not all Christians answer this question the same way. Yet it is incumbent upon all Bible-believing Christians, interested in Christian education, to seek a Biblically oriented answer. One way of “seeking” such an answer is to discuss it through the printed page. I made such an attempt in the December issue of the TORCH AND TRUMPET by treating a closely related question, “Are Christian Schools Really Necessary?” In this article I pointed to some of the disconcerting things that gave rise to this question. The question is so timely that it determined the character of the program of the National Union of Christian Schools Convention of 1959. One of the disconcerting factors which, as I believed, contributed to the confusion as to whether Christian schools are really necessary was described as follows:

“Another fact that tends to erase the distinction between the two school systems is the ease with which teachers can teach in one school or the other. This is especially true at the level of higher education. College professors will teach in church-related colleges during the day and teach for state universities in their extension schools during off-campus hours. If college professors can give their course under state supervision and state sponsorship, then why should not our students be confused? There may be good protective reasons for maintaining a Christian college, but one may certainly ask whether a Christian school is really essential to Christian education.” 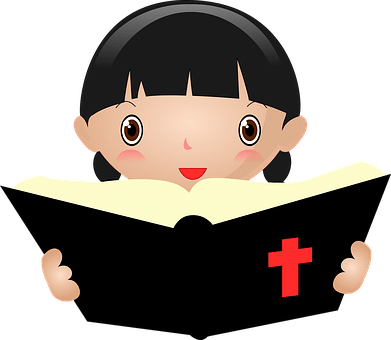 I am indebted to Dr. Bastian Kruithof for a reflection on the above quotation in his editorial, “And Why Not?” (Sunday School Guide, Feb. 28, 1960) Two facts seem apparent. One is that Dr. Kruithof probably does not give the same answer I do to the question heading this article. The other fact is that my article was not clear for Dr. Kruithof deduces from the above quotation implications contrary to the intended spirit and logic of the article.

I hope that by dealing with the basic implication he deduces from the above quotation, many of the other deductions will resolve themselves,

With respect to this Dr. Kruithof writes: “The implication seems to be that he would be teaching as a Christian during the day and as a non-Christian or neutralist in the evening. Of course that does not follow.”

I should answer, “Of course it doesn’t. That is exactly what I tried to say.” The professor from the church-related college is not embarrassed. The point was exactly that there was no such radical difference between the education in either of the institutions in which he teaches as to make a radical change of attitude or approach necessary. This is the basis for the confusion.

The March issue of the Christian Scholar for the current year bears out this contention as it discusses the status of the church-related college. Dr. Sydney E. Ahlstrom, Assistant Professor of American History and Church History at Yale University, makes his contribution under the caption, “Toward the Idea of a Church-Related College.” In this historical perspective he describes how the Church-related College has exchanged its birthright for a mess of pottage. He writes as follows:

“The second major fact about American higher education is that, regardless of other shifting attitudes and practices, it has for three centuries been continually, remorselessly secularized…The speed of change in church-related institutions of learning naturally varied from one region or denomination to another, but the process was almost everywhere in evidence…Presidents, even when ordained ministers. came to be chosen more for their capacities as administrators or fund raisers than for their accomplishments as constructive Christian thinkers…Perhaps enough has been said to warrant a few generalizations of the present status of the Church college in America. In the vast majority of cases it is nominal rather than real…Only in a relatively few church bodies is its vitality a matter of primary concern, And if by ‘Church College’ we mean an institution which has its intellectual life devotedly rooted in the ‘apostolic’ succession of Christian learning and which has a connection with the Church that is living, active, and strong, we may go still further to say that it has become a rarity.”

The fact that there is no radical difference between education in the vast majority of Church-related colleges and the education in the state universities makes it not only easy for professors to shift from one institution of learning to another hut it also confounds even the learned as to the nature of Christian education. Our schools and colleges are not so isolated in this country as to be unaffected by this secularism which pervades the institutions of higher learning. Our teachers and professors are taught there. All of us are practically swimming in this secularism and we are wondering where there is a beachhead of Christian education. This bewilderment is not only limited to those who have been blessed with a Calvinistic heritage but it is also shared with the American Christian world at large. This is evident not only from this issue of the Christian Scholar but also from many of the books that deal with this problem. One such book is Toward a Christian Philosophy of Higher Learning, edited by J. P. Van Groeningen (published by the West· minster Press). Here one is almost startled to read the statement by Dr. Joseph Haroutunian from McCormick Theological Seminary as he discusses “A Protestant Theory of Education.” He says:

“The essence of man as God made him, man as he must be if he is to be himself, man in his original endowment and ultimate self-realization, the aim and goal of education, the man whose existence means the good society, is Jesus of Nazareth, tho Son of David. I am a Christian and one is not a Christian unless one acknowledges and confesses that Jesus Christ is man in his goodness.”

That it is hard to extricate oneself from this whirlpool of secularism is also evident from the problem that the Association of Christian School Administrators is considering this August at their Principals’ Conference. A survey by the principals of our Christian schools revealed a heavy demand for a discussion of the question, “How can we make Our teaching more distinctively Christian in our Christian schools?” These centuries of secularism have so leavened the loaf of education that we are almost taken aback when asked seriously to submit to Paul’s admonition, “casting down imaginations, and every high thing that exalteth itself against the knowledge of God, and bringing into captivity every thought to the obedience of Christ” (II Corinthians 10:5). Should a university president confront his faculty with this Scriptural injunction he would be charged with violating academic freedom. And who among us is not so affected by our culture as to intuitively feel that this charge has some merit?

However, we ought to recognize that this so-called “academic freedom” is a modern form of bondage casting such a devastating blight on our civilization as to make our day one of despair and hopelessness. Ought we not to ask ourselves whether this “academic freedom” is not “Satan fashioning himself into an angel of light”? (II Corinthians 11:14) Should a university president say to his learned professors: “I want you to be absolutely obedient to the dictates of your own intellect,” he would not be accused of intellectual enslavement. This modern version of, “Hath God said…?” is considered the sine qua non, the indispensable condition, of academic freedom. But Jesus says, “I am the light of the world. He that followeth me shall not walk in darkness, but shall have the light of life” (John 8:2). Dr. Haroutunian, referred to above, has a nice sentence on page 35. He writes, “The intelligence is liberated with the rest of man, and even while active in the liberation, it is not the teacher” (italics mine).

Once a college authority was reported as saying, after a discussion about the qualifications of a professor for a Church-related college: “He is a Christian gentleman and that is enough for me.” There are no doubt throughout our land many Christian gentlemen who are teachers, but to suppose that they are all engaged in Christian education is a supposition that needs critical examination. On the other hand, to suppose that a Christian teacher, unless he is teaching in a Church·related school, is not engaged in Christian education is another supposition that could hardly stand the test of critical analysis, but I believe that no Christian educator could ever find Biblical justification for being consciously engaged in non-Christian education. “He who is not with me, is against me, and he who does not gather with me scatters” ( Matthew 12:20).

Moses was trained in all the wisdom of the Egyptians. He went forth with enthusiasm to liberate his people. He failed. After forty years in the wilderness the “I Am” sent a reluctant Moses back to Egypt to liberate his people. When Moses confronted the culture that reared him with the absolute claims of Jehovah, he was cast out. Yet, though Egypt would not acknowledge Jehovah’s claims, He maintained them nevertheless, even to the extent of drowning Pharaoh and his hosts.

Saul was a learned man in the wisdom of His day. He was reared in a church-related school. He too took his education so seriously that he sought to be the champion of his people. Jesus claimed him. When Paul returned from his schooling in Arabia (Galatians 1:17) and confronted his culture with the absolute claims of Jesus, he too was cast out.

Today’s culture reacts no differently. Dr. Abraham Kuyper once wrote, “There is not an inch in the whole area of human existence of which Christ, the sovereign of all, does not cry, ‘It is mine.’” In harmony with this basic principle he founded a Christian university in order that the absolute claims of Christ could exercise its liberating power in the world of education and so permeate the whole culture with the power of the Gospel which alone can free it from its slavish allegiance to the gods created by man’s intellect. Such schools are indispensable to real freedom of scholarly research, which is made possible only when the light of God’s Word is allowed to shed its penetrating light unhindered and unlimited by the narrow confines of the human mind.

Our universities need Moses and Joshuas to liberate them from the Pharaoh of “academic freedom.” When teachers and professors who profess to be Christians are ready to accept the challenge of presenting the absolute claims of The Light of the World in the schools and universities of our land, let them flood our American institutions of learning. But when they do this they must be prepared to meet the same antagonistic reception that has greeted all the disciples of Christ throughout the ages. Our husbandmen of this generation are no more willing to give up the vineyard than their predecessors in Matthew 21.