“Prove all things; hold fast that which is good. Abstain from all appearance of evil.” I Thessalonians 5:21, 22

“Abstain from all appearance of evil.” How many times I have heard this verse quoted by someone in an effort to prove that it is a Christian’s duty to abstain from some particular form of conduct which cannot he definitely shown to be wrong.

This text, in the form in which it is translated in the King James Version, has been quoted times without number in support of the notion that it is a Christian’s duty to abstain, not only from what is really evil, but also from whatever may have the mere semblance or superficial appearance of being evil, even though it is not really evil.

According to this idea, this text is a divine command to abstain from whatever may in any way resemble evil, or seem like evil.

This interpretation of the text is frequently used in an effort to prove that it is the Christian’s duty to abstain from various pleasures and recreations which are not really sinful or evil, but which may in some respect resemble other actions which are really evil, and thus may have the “appearance” or semblance of evil to some people.

For example, I have heard it seriously stated that Christians should refrain from drinking the common soft drink called root beer, because it has the word “beer” in its name, and it is our duty to abstain from all appearance of evil. The person who said this admitted that root beer is not really evil, but it has the appearance of evil, and therefore Christians should let it alone.

Many other examples might be mentioned. I once knew a minister who would not allow pictures of the foreign mission work of his own church to be shown on the screen in his church building. He admitted that to show pictures of missionary work was not evil, but held that it was a “show,” and therefore it had the appearance of evil, and should be avoided. 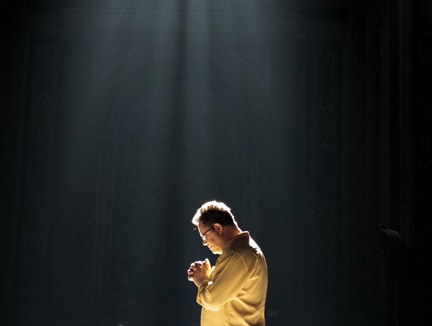 In Pennsylvania there is an old-fashioned sect of Christians called the Amish Mennonites. They will not use automobiles, but stick to their old horse buggies instead. Of course to drive an automobile is not sinful any more than to drive a horse and buggy is sinful. But many worldly people drive automobiles, so it has the appearance of evil, and the Amish abstain from it and stick to their buggies.

The Bible plainly and emphatically teaches that it is the Christian’s duty to abstain from evil; that is, from what is wrong, from what is forbidden by the law of God.

But according to the interpretation of I Thessalonians 5:22 which we are discussing, it is also the Christian’s duty to abstain from innumerable things which are not really evil, wrong or sinful, but which may have the mere semblance or superficial appearance of being evil.

This tends to entangle the conscience in a net from which escape will be almost impossible. The natural result will be one of two things.

Either the conscience will become hardened to all moral questions, since the real evil and the merely seeming evil have been lumped together as equally to be avoided; or the conscience will become morbidly sensitive, so that the person will have conscientious scruples about a great many matters which are not really moral problems at all, and he will forfeit all his peace of mind and will lose most of his usefulness in God’s Kingdom.

The Reformer John Calvin in his chapter on Christian liberty (Institutes of the Christian Religion, Book III Chapter XIX) illustrates this latter tendency by telling of a man who feels that a Christian should not indulge in the luxury of having fine linen napkins on his table, so he uses cheaper ones; but after a while he comes to feel that a Christian should not use linen napkins at all, so he substitutes cotton ones; and finally he decides that the true path of Christian duty is to avoid the use of any kind of napkins whatever. Calvin rightly describes this state of mind as the conscience becoming entangled in a maze or labyrinth.

The error of the King James Version’s translation of I Thessalonians 5:22 consists in two points:

(1) Verse 22 is made a new and separate sentence, whereas it should be regarded as part of the same sentence as verse 21.

(2) The Greek noun eidos should not be translated by the English word “appearance,” for this English word is ambiguous and may mean the mere semblance or superficial resemblance to something.

Nestle’s Greek New Testament and practically all modern translations punctuate the text so that verse 22 is part of the same sentence as verse 21. In the ancient Greek manuscripts there are of course no punctuation marks and not even any spaces between the words. Parchment was precious and they economized in their use of it by running all the words together. So modern editors in preparing the Greek Text for printing have to figure out as best they ca n where one sentence stops and the next begins, in most cases this can be done without any special difficulty. In a few places it presents a real problem.

Of all the English translations that I was able to check, only ‘ the King James Version makes verse 22 a new and separate sentence. All the others make verse 22 a continuation of the same sentence as verse 2l.

The second mistake of the King James Version concerns the translation of a Greek word. This word is a noun, eidos, which occurs 5 times in the Greek New Testament. It is translated once by “appearance,” once by “fashion,” once by “sight,” and twice by “shape.”

I shall give you these references so that we can see how this word eidos is used in the New Testament. The underlined words are used as translations of eidos:

I Thessalonians 5:22, “Abstain from all appearance of evil.”

Luke 9:29, “And as he prayed, the fashion of his countenance was altered.”

Luke 3:22, “And the Holy Ghost descended in a bodily shape like a dove.”

John 5:27, “Ye have neither heard his voice at any time, nor seen his shape.”

According to Thayer’s Greek-English Lexicon of the New Testament, which is standard authority on the meaning of Greek words, this noun eidos means, first, the external appearance, form, figure, shape, of something; secondly, form or kind.

Thayer, adds that in Greek writers the word eidos means species as distinguished from genus.

Another standard writer on the Greek New Testament is Henry Alford. He comments on I Thessalonians 5:22 that this verse cannot possibly be translated as it is in the King James Version, for the word eidos never has the meaning or the mere semblance of something.

Here are some of the more recent translations of this verse:

American Revised Version (1901): “Prove all things; hold fast that which is good; abstain from every form of evil.”

Twentieth Century New Testament (1900–1904): “Bring everything to the test; cling to what is good shall even: form of evil.”

Revised Standard Version (1946): “Test everything; hold fast what is good, abstain from every form of evil.”

It will be noted that all these recent translations use the word “form” instead of “appearance” as the translation of the Greek word eidos.

It is clear that verses 21 and 22 are a unit and properly constitute a single sentence.

First there is a general command: “Prove all things,” or “Bring everything to the test.”

The result of bringing everything to the test will be the division of “all things” into two classes, namely good and evil.

The interpretation of Thessalonians 5:22 as a command to abstain from whatever has the mere semblance of evil is often put forward in the interests of what is represented as a superior type of piety or holiness. In reality, however, it is not a better piety or higher holiness. and it will lead to the opposite of piety and holiness in the end.

True piety does not handle the Word of God in a slipshod or inaccurate manner. And the incorrect translation or interpretation of a text or Scripture is sure to produce evil results in the end.

It may be remarked that our Lord Jesus Christ and His disciples did not seek to avoid the “appearance of evil” as this phrase is often understood today.

Finally, we should take care to avoid whatever is really evil, as our text commands us to do: “Abstain from every form of evil.”

Criticism of our fellow Christians for doing something which is not really evil, and concerning which they are conscientious, is really a great wrong, a great injustice, a great presumption.