This article begins as a re­ view of a 24-page pamphlet sent to us by Rev. Harry Mulder, Th. D., one of the pastors of the Reformed Church of Delft, the Netherlands. Its title is “De Gereformeerden en de Dans” (Reformed People and the Dance). It is a report signed by eight persons: Sieto Hoving, I. Keek­ stra, Dr. M. Kruiswijk, Madam Meijs Vollemans, C. Rijnsdorp, Prof. Dr. R. Schippers, R. J. Vander Veen, and A. Vander Ree. Dr. Mulder is a member of the Committee of Cooperation for spiritual work among the students of the Technical School of Delft. This Committee invited the above men­tioned persons to study and report on the various aspects of the “dance question” in connection with the “dif­ficulties” which had arisen concerning it among the student body.

This report presents a majority opinion by six of the eight persons already mentioned and a very brief minority opinion by two of them, namely, Mr. Hoving and Professor Schippers of the Theological Faculty of the Free University of Amsterdam. The report discusses in a very thor­ough manner the question of the pro­miscuous dance (“parendans” – danc­ing of couples), the classic ballet, the folk dance, and the art of rhythmic movement (“bewegingskunst”). 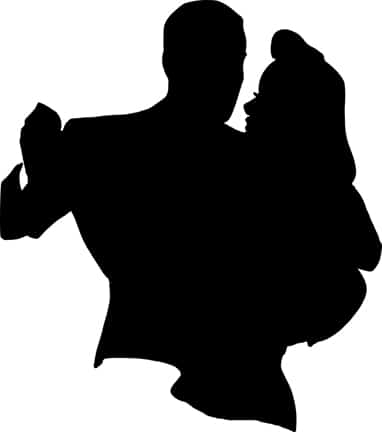 The Committee discusses the ques­tion, first of .all, whether the dance practices of the world can be made acceptable for Christian people by introducing certain limitations and preventing certain excesses. The an­swer given is a definite No. “A Chris­tian mode of life is by no means a matter of moderating or correcting the life manifestations of the unbe­lieving world.” In this connection Dr. Schippers makes a few incisive re­ marks to the effect that it is an evil thing among Christian people to ask how close one can get to the danger­ line instead of wanting to know what is good Christian practice.

The evaluation by the majority of the Committee of the promiscuous dance is practically identical with the view expressed in the Report on Amusements adopted by our Synod of 1928. It is admitted that the desire for this type of dancing may arise merely from the need of diversion, contact, sociability, or amusement; in other words, that the desire for sexual excitation may not be present. But then the Committee declares: “To in­clude these types of dancing in our mode of life should be most undesir­ able for Christians….Participating in such dances without succumbing to the sin of impurity is a difficult as­signment which Christ gives us no­ where and which does not aid but, on the contrary, hinders us in the battle for sanctification.” Attention is called to the prayer: “Bring us not into temp­tation, but deliver us from the evil one.” Here the authors quote the Heidelberg Catechism which, in its explanation of the seventh command­ment, teaches that “since our body and soul are both temples of the Holy Spirit, it is his will that we keep both pure and holy; wherefore he forbids all unchaste actions, gestures, words, thoughts, and desires, and whatever may entice men thereto.”

In discussing the classic ballet, the Committee relates that some Re­formed parents are sending their chil­dren to the “ballet schools” and that some teachers in Christian schools en­ courage their classes to present ballet programs for the sake of their artistic value! The concluding sentence of this section reads as follows: “There­ fore we are quite reserved in our stand with respect to the possibility which this type of dancing offers for the enrichment and expression of the Christian life. And we have not a bit of appreciation for the uncriticalness (“naivete”) of parents and teachers which already introduces young chil­dren to this realm.”

The evaluation of the folk dance is more favorable. A report of a com­mittee to the General Synod of the Reformed Churches, 1949, is quoted as stating that “the objections to the promiscuous dance are practically ab­sent here. The folk dance is a well conducted, communal form of the ex­pression of joy. However, the Com­mittee adds: “We are nevertheless of the opinion that the folk dance can hardly compete with the promiscuous dance among teenagers and adults…These dances do not live or hardly live and in our environment scarcely rise above the level of child’s play.”

The Minority Report, written by Professor Schippers, is very brief. He and Mr. Hoving cannot agree in all respects with the majority report. Their contention is that not all who participate in the promiscuous dance do so because of their desire for the sexual excitement which it provides. But they add: “We know of serious objections to dancing and we would hold to them in certain instances. We would also deem it very bad if many Reformed students are not better for­tified against the risk of the dance than they appear to be against that of ‘drink.’ In fact, if the inner defense and the aversion to any kind of orgy is so weak that they succumb time and time again, our objections against the dance are valid.”

Up to the present time there has been no attempt in our own Church to take a somewhat conciliatory atti­tude toward the dance. However, there are some who betray an inclina­tion to compromise in the matter of the ballet. We need only to recall that one of the scenes in our Centen­nial Pageant, as presented here in Grand Rapids, namely the one that presumed to symbolize the work ‘of mercy in the Christian Reformed Church, was a bit of interpretative dancing. Those in charge must have known that this particular feature of the pageant would be offensive to many of our people; and it was. All the reactions which we heard were unfavorable. We wrote a letter about the matter to one of those in charge but received no answer.

It was very evident that some per­son or persons responsible for the pageant were eager to incorporate this feature. We are still wondering how it symbolized the work of mercy in our churches and Christian hospi­tals. It would be easy to create a number of imaginary scenes in which our benevolent activities would have been acted out far more fittingly and effectively.

It was relieving to learn that in some other localities substitutions were made for the interpretative dance of the pageant in its original form.

The question is not whether the interpretative or the aesthetic dance is wrong in itself. The point is that any and every form of dancing, even the least objectionable, is likely to be the opening wedge for the lustful promis­cuous dance which is so popular to­ day.

Let us quote from the 1928 report on this subject: “But how about the dance for amusement’s sake when it is not suggestive or promiscuous? Since the mere act of dancing is not condemned in the Scriptures, either directly or indirectly, the conclusion might seem justified, even inescap­able, that there can be no harm in the private dance in the home between members of the same family, the aes­thetic dance, and the folk-dances which are taught in many public schools. We do not believe, however, that this conclusion should be drawn. The rule of self-denial and self-preser­vation determines our attitude in this case…We believe that in view of the rapidly increasing popularity of the promiscuous dance and the low morality of the modern dances, Christian parents and teachers and the Christian church should frown even on the most innocent forms of this kind of amusement. The folk-dance and the parlor dance so easily become the stepping-stone to the promiscuous dance…Here again we have a case where Christians should hate even the garment that is spotted by the flesh.”