When the foundations are being destroyed, what can the righteous do? (Psalm 11:3) 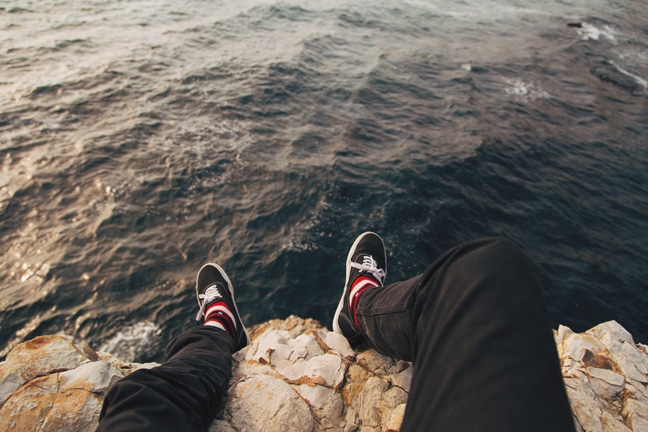 We said it would never happen. We said there was no such thing as a “new hermeneutic” making its way through the corridors of the Christian Reformed Church. We said that the “slippery slope” argument was all wet. We said that the argument for the ordination of women would not lead to it. We said we could be a positive influence upon those denominations which allowed for it, while never being influenced to allow for it ourselves. We said it would never happen. Many feared that it would. And on October 10th, 2002 it became the official policy of the First Christian Reformed Church of Toronto.

In an October letter to the congregations of Classis Toronto, the council of First CRC communicated its decision to consider the “nominations of gay and lesbian members, including those living in committed relationships, for all elected offices.” The letter expresses the question with which the council of First CRC, Toronto believed it was faced: “were we willing to identify ourselves as an inclusive congregation or not?”

Recognizing that their decision is in direct opposition to the stated position of the denomination which was put forward at Synod 1973 and reaffirmed at Synod 2002, the council acknowledged in the letter that their decision “involved the risk of potentially straining in a serious way our relationship with the denomination we all know and love.” At the time of this writing, Classis Toronto is scheduled to meet in January to discuss the decision of First CRC. In the meantime, several area churches have expressed their concern about the position that First CRC has taken.

In their open pastoral letter to Classis Toronto, the council of First CRC indicated that they felt compelled to make this decision “for the sake of our own local congregation” and that they had been led to the point “where everything was, in some ways, at stake. Words were not enough anymore, and a decision was essential.”

In an article in Christianity Today (Dec.9, 2002), it was reported that “church leaders say that confession of Christ, not sexual orientation, is the key factor in whether a person can hold a church office.” Rev. Henry Bruinsma, pastor of Maranatha CRC, in Woodbridge, Ontario, whose council sent a letter to First CRC expressing their concern with the decision, said “our deepest concern is that the very salvation of people is at stake, because people will be misled about the basics of a new life in Christ and the nature of sin, repentance, and salvation.” It is clear that, to some, the decision of First CRC is very much, to use a common but misused phrase, a “salvation issue.”

In Leviticus 18:22, we read that the Lord gave this Word to Moses to deliver to the people: “do not lie with a man as one lies with a woman; that is detestable.” In Romans 1:26,27, we are told that when men exchange the truth of God for a lie, God will give them over “to shameful lusts. Even their women exchanged natural relations for unnatural ones. In the same way the men also abandoned natural relations with women and were inflamed with lust for one another.”

What we today call “living in committed relationships,” is called “detestable” by God. What we today call a lifestyle that should be “included” in the church, God calls “unnatural” and something to which people are “given over to” in judgment.

The apostle Paul in 1 Corinthians 6, after warning the church in Corinth not to be deceived into thinking that the wicked will inherit the kingdom of God, proceeds to list idolaters, adulterers, male prostitutes, and homosexual offenders, thieves, greedy persons, drunkards, slanderers and swindlers, as among “the wicked.” His grand conclusion is verse 11, “and that is what some of you were. But you were washed, you were sanctified, you were justified in the name of the Lord Jesus Christ and by the Spirit of our God.” The issue in 1 Corinthians 6 was an issue of identity. To Paul, it was unthinkable that someone who had been justified and sanctified in Jesus Christ could continue to identify themselves with their former lifestyle. To Paul, there was no such creature as a Christian drunkard, a Christian swindler, a Christian thief, nor a Christian homosexual. It was unthinkable! That was what some of you were! But no longer. Now, you have been washed. You have been sanctified! You have a new identity. Your identity is in Christ and in Christ alone.

Wouldn’t it have been odd if the apostle Paul would have introduced himself to the churches in Galatia or Ephesus as Paul, the Christian persecutor of the church, called by the will of God…? Of course it would! Paul was no longer a persecutor of the church. That is what he was. But no longer. Now, he had a new identity. He was a Christian. His identity did not lie in a former lifestyle, but in a present reality. He was in Christ.

The question of whether or not practicing homosexuals may serve as office-bearers in the church of Christ, like all issues relating to the “regulation, foundation, and confirmation of our faith,” must always return to the simple, and yet tremendously difficult question in our times, what does the Scripture say? With regard to the Holy Scriptures, we confess, that we believe “without any doubt all things contained in them”(Belgic Confession, Art.V).

As B.B. Warfield pointed out many years ago, what Scripture says, God says. If God has spoken, as the passages alluded to above clearly demonstrate, then who are we to question? Is it not the height of arrogance and much worse, spiritual error, to suggest that we are somehow more “inclusive” than the Word of God?

The same Christ, however, whose love and grace is greater than all our sins, is the Christ who excludes as well. He excludes unworthy men from the office of elder and deacon (1 Timothy 3). He excludes women from serving in those same offices (1 Cor.11, 1 Cor.14, 1 Timothy 2). As we have seen from 1 Corinthians 6, He excludes the wicked from the Kingdom. As the Head of His church, He has the full power and authority to establish the nature of that church.

More than that, He has revealed to us His will for His people. As the church is pressured to accommodate itself to the prevalent inclusivistic views of the world, we must never forget that we have an exclusive Gospel, an exclusive Christ, and an exclusive Word. And we must never forget that in seeking to be more “inclusive” than the Word of God, we are actually excluding people from the true message of the Gospel. And by hiding from them the call to repentance, faith, and obedience to Christ, we are excluding them from the Kingdom.

has indicated that their goal is to be an “inclusive congregation” and that they “are actually not very interested in debating the subject any longer.” Will the Christian Reformed denomination be an “inclusive” denomination, in the sense of including that which the Word of God excludes as wicked? Will this crack in the foundation of the denomination be repaired, along the lines of a faithful Nehemiah who stood boldly against great forces of opposition? Or will the crack continue to grow and expand? May God help us to rebuild and repair, so that we will not be forced to cry out with the people of Judah, “the strength of the laborers is giving out, and there is so much rubble that we cannot rebuild the wall.”

Rev. Peter Moelker is the pastor of the Wyoming Christian Reformed Church in Wyoming, Ontario Canada.