We terminated our comments in the September issue on Synod’s decisions regarding the inspiration and infallibility of Scripture with the promise to discuss the lament of some of our people that Synod was inconsistent in adopting only half-way measures in those decisions.

Synod was declared inconsistent on two counts. First, it failed to demand of the ten young men whom it had just declared candidates for the ministry a retraction of their letter in which they expressed agreement with the position of Mr. J. Hoogland. Synod at first refused to declare Mr. Hoogland a candidate because he clung to his position that there might be errors of a certain type in the Bible. Apparently the ten Seminary graduates just referred to had previously satisfied Synod on that score and were admitted to candidacy. Synod took no action on their subsequent letter. It was stated that the Classes which would eventually examine them after receiving and accepting a call could deal with the matter. So we were told.

Second, it is charged that Synod was inconsistent in taking no action when five of the Seminary professors sent in a communication expressing regret that Synod had acted as it did on the matter of Bible infallibility. 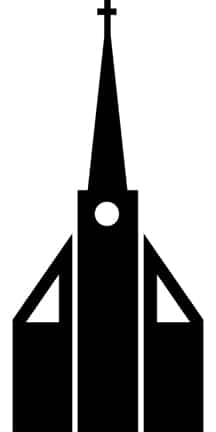 Perhaps we are not expressing ourselves exactly in characterizing the two communications just mentioned. If that is the case the responsibility is not ours but Synod’s. Both communications were read and discussed when Synod was in closed sessions. Consequently no report of the contents is given in the Acts. All we know or anyone else who was not a delegate or adviser knows about those decisions is based on hearsay. For that reason we find it impossible to pass judgment on the matter.

However, we do have a comment on the secrecy in which this phase of the discussion was clothed. First, Synod was wholly inconsistent when it discussed and acted on certain aspects of the very important infallibility controversy in 0 pen session while on other phases of the same issue it made its decisions behind closed doors. This is all the more inconsistent in view of the fact that the entire report on the protest of Dr. Martin Wyngaarden against the views of President John H. Kromminga was treated in open sessions, in the presence of a large audience of interested observers. Surely, this matter was not less personal and weighty than the two communications mentioned above.

It could be that if the churches knew the exact nature of those communications the misgivings now expressed would disappear or be allayed. As the situation is now, many wonder, for example, how Synod could challenge the views of one prospective candidate and one professor but fail to do the same when the same views were expressed by several professors and ten candidates. Perhaps this is not the proper way to state the case. But again, the responsibility for putting it thus is not ours because the information needed has been withheld.

Moreover, we question the present custom of having secret sessions on crucial issues. First, incomplete or even distorted reports of discussions and decisions in such sessions receive more or less wide circulation and may do great harm to the church or persons concerned. Second, the decisions which have a bearing on matters that are of concern to the church as a whole should not be wrapped in a cloak of secrecy. This policy of concealment may feed the ego of the participants but cannot be for the welfare of the church.

We do not deny that there may be occasions w hen secret sessions of Synod are advisable. The public discussion of, let us say, a case of discipline which is not of general interest may cause scandal or injure the reputations of persons concerned. In such instances secret sessions may be necessary.

It also seems to us that it is not advisable for Synod to decide on the spur of the moment, without giving careful consideration to possible con· sequences, to meet in a secret session. Such sessions should never be held when the issues concern the church as a whole, even though the future of prominent men in the church is at stake. Closed doors easily create suspicion, distrust, and distortion of facts.

We do not for a moment believe that the Synod of 1959 was actuated by a wrong motive in deciding to meet in executive session when certain aspects of the infallibility issue were discussed. We do hold, how· ever, that it cannot be for the best interest of our Seminary and of the Church at large that only the delegates know just what certain candidates and certain professors wrote to Synod after important and public decisions had been made on that very important issue.