I used to have a pro-active attitude toward war. Around the age of seven I began taking an interest in things military, allured by their apparent glory. I loved to watch war movies like The Big Red One, Star Wars, and television series like Baa Baa Black Sheep and Battle Star Galactica. I read Time/Life’s World War II series along with comic books and novels which contained military themes. With my imagination fed on such literature, I could tell you on the spot that 23,000 Northern soldiers died at Gettysburg, that Theodore Roosevelt led the Roughriders up San Juan Hill, that the armored battle tank was introduced in the First World War, and more. I never thought about how I would feel if I were hunkered inside of a bunker as B-52’s were carpet-bombing overhead. Quite naturally, at eighteen years of age I joined the Marine infantry. I was to be a grunt, the core of the Corps. My infatuation was not unique, of course. Many of my fellow marines were gung-ho about war. War’s realities, the blood and death, the atrocities and injustices, the destruction of cities, homes, and families did not impact my attitude. These realities were distant from me, so I easily dismissed them and held to my illusion. 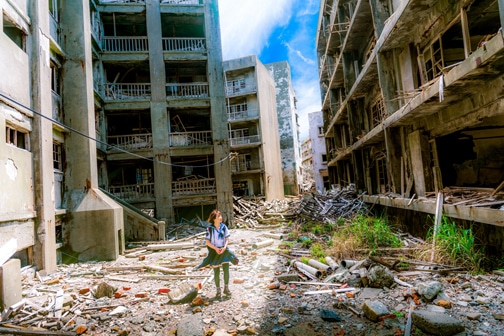 Christians have generally held two basic approaches to war. Each takes into account the horrors, and each acknowledges that war arises from human sin. Christian pacifism, the minority standpoint throughout church history, takes seriously the sixth commandment prohibition against killing. They have argued that because God forbids killing, Christians cannot participate in war.1

The predominant Christian view is the “just war” theory held by Augustine, Aquinas, Calvin, Luther and other notable church leaders. It also holds that war stems from sin and is, consequently, unavoidable. So advocates of just war have placed criteria before the Christian which should limit his involvement in war. These criteria are that a war must have a just cause, which means that it is non-aggressive and purely defensive. The goal of the war is peace, not conquest, and it should come as a last resort, only after other peaceful means have failed. These principles imply that such a war should be fought by the appropriate means; that is, whatever is needed to attain the proper ends of the war. Furthermore, only governments and their agents can declare and carry out the war. Of course, in the real world these principles are often difficult to apply.2

Both pacifists and the “just war” theorists agree that Christians should be extremely hesitant about marching off to war. Yet, many examples exist of death and destruction administered in the name of Christ. One has only to mention the Thirty Years Wars in which Protestant and Catholic forces bitterly fought each other, leaving in their wake a peasant Germany that had been plundered and pillaged so badly that its economy was nearly destroyed and its population reduced by a third. Too many men. under the banner of just war, joined the union and confederate armies only to bleed to death at Bull Run or Gettysburg. The Civil War buff glories in the war between the states, perhaps having a small touch of sadness for the 600,000 men who died!

Too often people myself included, have been naive about war. We realize that the immediate purpose of war is to kill the enemy. And the broader purpose of a war is to stop an aggressive foe. But we fail to consider the many moral ramifications of these intentions. And our constant exposure to Swartzenager kill-a-thon movies and TV programs numbs us to war’s moral effects. To be sure a war could have positive outcomes. Defeating Hitlers armies in World War II, as certainly a morally positive undertaking. Interposing US troops into Bosnia also seems to be having a positive outcome. In these and other scenarios, military conflict seems appropriate since other peaceful avenues have failed and because continued aggression would cause great loss of life. This kind of action tries to bring a cessation to the negative effects of war and is, therefore, necessary when justified.

The morally negative effects of all war include the loss of life.3 An estimated two million North Korean civilians were killed in the Korean war. Most of these were killed by American bombing raids on civilian targets. More than fifty million people died in WWII. Casualty estimates of the Vietnam conflict tally into the millions. And the Gulf War, lasting less than four months, resulted in the death of over a hundred thousand Iraqis.

Next to this are the horrible effects such death brings to families. Children are orphaned and women are widowed. Remaining family members suffer deep emotional and psychological pain. Recently my heart sank as I watched black and white footage of a toddler wailing over the body of its mother, killed in an airstrike. This is the side of war that often is lost behind a veil of statistics. One historian reports, “The Red Army…had lost 200,000, of whom perhaps the majority had died of exposure.”4 Each one of these 200,000 men had a face, a family and a soul.

War is dehumanizing, and it hardens us to the plight of others. For combatants, the enemy becomes nameless and faceless, even inhuman in some cases. Human lives carry little importance or weight. It becomes easy to kill. The conscience is seared and life is cheapened.

Finally war invariably reaps devastating effects on economies. When crops are destroyed by napalm, or roads, bridges, and railroads are destroyed by smart bombs, a farmer cannot transport his harvest to market. Or a young business man is unable to drive to the office. There are exceptions to this: the us economy blossomed because of WWII. But in war-torn countries poverty, refugees and starvation are common.

The Christian should let these tragedies weigh heavily in his attitude toward war. Given his views of human nature, in which human beings are immensely important by virtue of the imago deo, the Christian should show great reluctance to support a war. This is not a diatribe in favor of just war theory, though I do agree with that outlook. I am simply stating what is perhaps the obvious, that even in the most just of wars many injustices occur. War is not glorious. And every war brings devastation to the lives of families and countries. War, I suppose, could be entertaining when a person views it on the television set.

The primary agent of my attitude change has been my family. My Christianity did not initially change my relish for war. Rather it has been the day to day presence of my wife and daughter which has sparked affections in my heart that were previously dormant or covered over by layers of hard-heartedness. Their presence in my life has given me a fuller orbed view of the human person. How devastated would I be to lose them to a grenade or a bullet fired from some heartless soldier who gloried in war and somewhere along the line forgot what it is to be human. The remnants of the heartless marine I once was, are dying. He did not know God and he did not care much about people. He is being replaced with someone who knows that war is terrible and that human lives are not cheap.

Mr. Grugget is a student at Westminster Seminary in Escondido, CA.