“Unto him that loveth us, and loosed us from our sins by his blood; and he made us to be a kingdom) to be priests unto his God and Father; to him be the glory and the dominion for ever and ever. Amen” (Rev. 1:5, 6).

Praise unto him that loveth us! 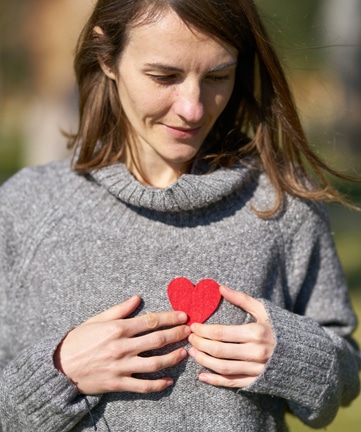 Christianity is eminently the religion that sings. We sing our creeds as well as sign them. God’s statutes are our songs in the house of our pilgrimage. His commandments become our canticles. The Church is a body of saints who sing. Are not their songs of praise among their credentials? The God who brought them up from the “horrible pit” and out of the “miry clay” is also the God who puts the “new song” in their mouths (Psa. 40:2, 3).

The gospel is good news, glad tidings. It must break into music. The prisoners in the jail at Philippi heard it at midnight. Wesley heard it among the Moravians amid the roar of the Atlantic storm. Have you heard it? Wherever the gospel takes root there is singing praise unto him that loveth us.

Beware of the inversion: Unto us instead of “unto him.” The doxologies that terminate in man are the songs of antichrist:

“Glory to Man in the highest, For man is the measure of things.”

Antichrist has his scripture, too. His cartographers of the unseen have revised Deuteronomy 29:29 and have made it read, “The secret things belong unto us and to our children forever.”

Unto him that loveth us.

Always he loved us. “As the Father hath loved me, I also have loved you” (John 15:9). The Father’s love to the Son is an eternal love. As they existed from eternity, so their mutual affection was without commencement. It never began to be. It always was. Similarly, the Son’s love to us never began to be, but always was. Eternal in himself, all the emotions of his infinite heart are without beginning.

Surely it is not so with us. Our varying feelings come and go, appear and disappear, as varying objects are presented to our view and elicit our attention. Today we may tremble where yesterday we stood firm. Man loves, hates, hates and loves; blesses, curses, curses and blesses. Yesterday he sorrowed, today he joys. And again, today he weeps where once he made mirth. Such is the heart of man. And even when his heart is changed by transforming grace, he habitually laments the inconstancy of his weak faith and the ineffectiveness of his wavering witness.

But in the mind of God’s Son there cannot be such changes. Always he loved us even as he loves us now. There was no time when he was filled with enmity towards us; neither did sin so take him by surprise that what once had been affection became enmity. The eternal Beloved One loves eternally. “Yea, I have loved thee with an everlasting love” (Jer. 31:3).

What origin can we possibly describe for his love, if it be not coeval with his nature? Is it conceivable that anyone of us should be so vain as to suggest that something within ourselves can be discovered which might have power to excite divine goodwill towards us? Dare we say that his love is an impulse that stirred him after he saw us ruined by the fall? Can the Christ of God receive a new heart? What had God which his Son had not?

Unto him that loved us and loves us!

And he loves us forevermore. Unwearying love. Purposeful love. Love that presided for us before we were formed and numbered our members when there were none. Love upon which we can lean when the steps become slow and the head is bowed with age.

“O Love that will not let me go, I rest my weary soul on Thee.”

Francis Thompson sees that love pursuing him through a life of wickedness, never relaxing the divine intent.

“Halts by me that footfall: Is my gloom after all shade of His hand, outstretched, caressingly?”

His love—the utmost wonder of the universe—is sublime alike in the awful remoteness of its past and in the unaltering reality of its present. This is something to sing about. Such tidings must break into music, songs of praise, doxologies of the redeemed!

For this Lover is also Redeemer. And what a price he paid for our redemption! He “loosed us from our sins by his blood.” God’s people a purchased people!

“Worthy art thou to take the book, and to open the seals thereof: for thou wast slain, and didst purchase unto God with thy blood men of every tribe, and tongue, and people, and nation, and madest them to be unto our God a kingdom and priests.”

God’s people purchased with blood! A Bride whose garments are white because her Groom made himself red with his own blood. “They washed their robes, and made them white in the blood of the Lamb” (Rev. 7:14). The Bride must sing. And her bridal song ever bears witness to the blood.

“From heaven he came and sought her

To be his holy bride;

With his own blood he bought her,

And for her life he died.”

Note carefully that “his blood” means more than “his death,” for one can die without shedding a drop of blood. “His blood” speaks of sacrifice, expiation. His death was a bloody death. He did not simply die; he was slain. In the sacrament of the Lord’s Supper it is not alone a lifeless body that is represented to us, but a wounded, broken body. “This is my body which is broken for you,” he says (1 Cor. 11:24). All the Levitical rites during the preparatory centuries pointed the Church to this great blood-shedding upon the cross. Every lamb which bled and died under the priestly knife drew expectant eyes toward the Lamb of God that taketh away the sin of the world. Rivers of blood flowed through the temple courts of Moriah to prepare for Gethsemane and Golgotha. Here the Divine Loaf was broken. Here his death-whiteness was crimsoned with life blood. And now there is no condemnation for us (Rom. 5:1 ). The sword of justice can find no spot on the believing sinner which is not covered with the blood of Jesus; and against that blood its edge is forever powerless. Salvation with a complete coverage!

Loosed from our sins by his blood!

Nothing in all the universe is more valuable than that which Jesus laid at the feet of divine justice to secure our release from the bondage of sin. We were redeemed, “not with corruptible things. as silver or gold but with the precious blood of Christ, as of a lamb without blemish and without spot” (I Pet. 1:18, 19).

“Bearing shame and scoffing rude, In my place condemned he stood; Sealed my pardon with his blood; Hallelujah! What a Savior!”

Think of it! The God who made all things. creating them in the sovereign freedom of royal fiat: the God who “taketh up the isles as a very little thing,” to whom “the nations are as a drop of a bucket, and are accounted as the small dust of the balance,” the God who dwelt in the eons of eternity before the first star twinkled—this God graciously thrust forth and down the arm of his redemption into our depravity and defeat, making miraculous entry into our history through poor and humble doors, and revealed the Word of the cross which is foolishness to them that arc perishing, but power unto us who are being saved!

Surely we do ourselves a great wrong, and God a greater wrong, if we tone down the Church’s bridal song. True, this song sounds strange to ears that are spiritually unmusical. A bridegroom bleeds in death for his bride, that he may purchase her unto himself as an everlasting possession. What kind of dowry is this? Our university intelligentsia who swear only by the inward counsels of human reason cannot chart this reasoning. Better another Tower of Babel, they say, than such a ladder of reconciliation between heaven and earth.

But here is where God makes foolish the wisdom of the world. He that taketh the wise in their craftiness “knoweth the reasonings of the wise, that they are vain” (I Cor. 3:20). What Carlyle called “the infinite damnability” of human nature can be dealt with only by the infinite whose thoughts are not our thoughts, and whose ways are not our ways. And this Infinite One, with whom we all have to do, has declared that upon his suffering Servant was laid “the iniquity of us all. And with his stripes we are healed” (lsa. 53:5, 6).