The “infallible” words of Lenin are not only believed by the Chinese Communists but are also words of inspiration intended to be translated into action. To the Western modern mind they are a fanatical outburst, but to the Communist Chinese mind they point to the only way the reform of the peasant can be carried out. The thorough way in which the Chinese Communists arc revolutionizing the thinking and habits of the peasant would make Lenin’s heart glow with admiration.

The target of all this reforming, the Chinese peasant, constitutes over eighty percent of the Chinese population. To understand the enormity of the task undertaken by the Chinese Communists, one must see the peasant in the setting of the many centuries of Chinese history. For centuries the Chinese peasant has remained the same, accepting any change or calamity with a stoic indifference which has made the Western mind wonder in amazement. This long history of resisting change with indifference, combined with the rich endowment of Confucian teaching of Glial piety. has enabled the social structure of Chinese society to remain the same, while political movements and governments have come and gone.

In modem times this combination has made it impossible for China to merge into a modem nation state. One factor always missing was a true nationalistic spirit so essential in a modem nation state. Dr. Sun Yat-sen, who attempted for years to arouse the Chinese peasant, finally, after bitter experience, described the social structure as “ropes of sand.” Another factor arising out of this combination is the practical-mindedness of the Chinese peasant toward religion. He has been truly “ecumenical” in practice for centuries. He usually lived his everyday life as a Confucian, called the Buddhist priest for the marriage rites, and the Taoist priest for the funeral. This attitude has made for “peaceful coexistence” for many centuries but does not allow for the least bit of fervency to rally around any cause, whether religious or political. 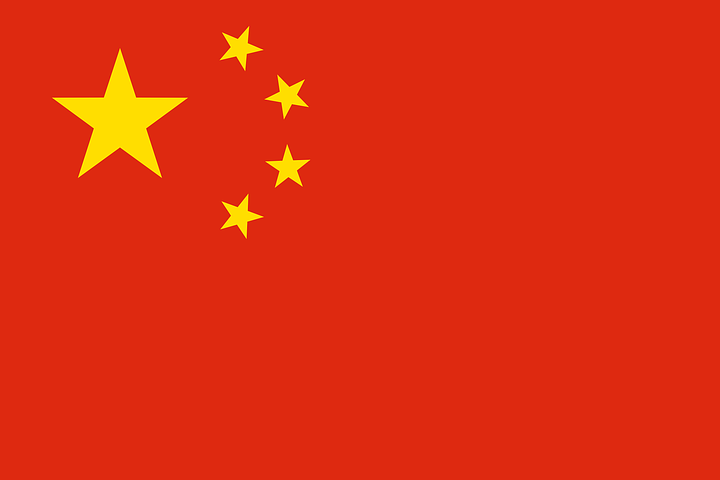 “CHINESE SOCIETY HAS NEVER BEEN CONQUERED”

China has been conquered politically many times throughout the many centuries of her existence. But Chinese society has never been conquered. Each dynasty, whether alien or Chinese, has attempted to control this social structure, but in the final analysis has been controlled by it. However, the Chinese peasant has not experienced anything like the Chinese Communist reformers since the Ch’ing Dynasty in the year 221 B.C. under the Legalists. That movement lasted only a short time, and the peasant remained. Other political and religious movements came and went, but the peasant remained. Buddhism, for example, came in as a tiger, but over the years was declawed and became a domestic Chinese cat. The Taiping Rebellion of the nineteenth century, in which 20,000,000 peasants were killed, failed but the peasant and his society remained. The Chinese Communist knows his Chinese history only too well, and therefore the destruction of the old society and the building of a new society is the uppermost task to which the conquering Communist government has addressed itself.

It is a well-known fact to anyone who has studied the Communist take-over of any country that “The Revolution” takes place after the Communists have complete control. Up to that time, the Communists cooperate with and use anything and anyone who will further the Communist ends knowingly or unknowingly. The intellectual, the business man, the politician, the churchman, the peasant—each is promised the thing he most desires. It is only after the Communists have complete control that each segment of society realizes that it has taken an active part in its own destruction. The “guilt” and the “shedding of blood” touches all individuals and entraps them in the Communist master plan for the total disintegration of the old society. During this time of chaos the Communist conquerors begin to build the new society according to their plans and specifications.

The Chinese Communists are interested in creating an industrial society in China. This society must be molded by Communist ideology and, most important of all, this society must be completely converted to the false religion of the Communists. To accomplish this end trained workers as well as an indoctrinated populace are needed. Lenin said once, “In a country where illiteracy predominates, the establishment of a Communist society is impossible.” Such is the population of China and the illiterates-must be taught to read and absorb the party propaganda. This task, according to the Communist government, is especially urgent among the young, particularly those under eighteen years old, who constitute forty-one percent of the 600 million Chinese (1953 census).

The Chinese Communists realize that it is their success in the indoctrination of this generation and the following generations that win determine their lasting power in China. Therefore, their greatest long~range effort is seen -in this field. Much can be learned about this gigantic effort by reading Chinese Communist publications. There are two very important reasons why these sources should be studied thoroughly. First, they are practically the only source of information available on Communist China today. It is interesting to note that many of the articles and lectures on Red China written and heard today, either condemning or praising the Communist efforts, base their conclusions on the information received from the Communist publications, usually the daily pao (newspaper). Second, and more important, is the undeniable fact that the Communists can be best described as “honest devils.” They have constantly and consistently published beforehand what they intended to do -and, in many instances, exactly how.

THE FAILURE OF THE WEST

The grave error which has been perpetuated by the governments of the West, especially America, has been the neglect to study thoroughly the publications and pronouncements of the Communists. It was only in 1946 that the United States finally undertook a thorough and intensive study of every Russian publication and pronouncement, a mere thirty years too late. Unfortunately, the same criticism can be leveled at the American attitude toward the rise in power of the Red Chinese. Much of the perplexity of the American government and people during the 1940’s concerning the motives of the Red Chinese could have been dispelled by a careful study of the Red Chinese publications of the 1920’s and 1930’s. If this had been done, a firmer stand might have been taken prior to 1949. Fortunately, since 1949, a number of organizations are studying Red Chinese publications and are providing translations of all the important mainland newspapers and all published official Communist documents and pronouncements. It is from these services that the vast majority of information on Red China is made available to the Western world.

In order to understand the great importance placed on education and indoctrination by the Chinese Communists in their goal to replace the old society with the new, it would be well to quote a few excerpts from Chinese Communist sources. Limited space will allow for only a few of these excerpts. However, a list of the Translation Services will be provided at the end of this article for anyone interested in pursuing the matter further.

“Universal compulsory education is to enable every person of our succeeding generation to receive fundamental education so that they may develop into new men. It enables all workers, peasants, and all other laboring people from now on to possess a definite Political consciousness and cultural standard. This is also a necessary condition for building a socialist society.”

“Being socialist-minded means that personnel trained must actually possess the Marx-Leninist (Communist) universal and world outlook, and adhere to the proletarian stand of whole-heartedly serving the proletarian dictatorship and the socialist construction cause, and have the Communist moral quality of passionately loving the mother country, loving labor, and loving collectivism. It is ,also necessary to teach Marxist-Leninist political theory and. ideology. It is the sole correct compass for grading our thoughts and actions. To become a genuinely socialist·minded person, one cannot depart from Marx-Leninism.”

“In addition, a Communist spirit and style and collective heroism should be built up in childhood. This is the moral education of our day. Physical development is necessary in childhood and this development must be sound. Both are linked with the development of intellectual education. Both are related to manual work and therefore the principle of continuing education with labor is unshakable.”

“The mission of the institutions of higher learning is to cultivate new talents to build socialism and communism, and is not to create material wealth. Since college students are specialists of the state in construction, they must necessarily be of a certain standard in morality, in intelligence as well as in physique. Because of these features, it is necessary not only to firmly establish the absolutely leading position of the Party in institutions of higher learning and enforce collective leadership in administrative organization, but the key question at present is how to further enforce this leadership system and let it play a positive role, so as to enhance the education enterprises of the proletariat.”

“Not to have a correct political point of view is like having no soul.”

Mao, Tse-tung, “On the Correct Handling of Contradictions Among the People,” Supplement to People’s China, No. 13, July 1, 1957.

“For whether to run the nurseries and kindergartens well or not, directly effects both the immediate question of consolidating the people’s communes and the far-reaching problem of cultivating the Communist new person.

The foregoing excerpts from the vast number of Communist publications show somewhat the thorough revolution now going on in Red China. The entire population of 600 million Chinese is undergoing formal or informal education. What is happening to the Chinese society? First of all. the individual in Communist China is of no importance except only in mass and action. He has no identity, utility, or dignity outside his socia-political group. He achieves and retains these qualities only by active participation in the activities of that group as directed b}’ the Party. This becomes very clear in Communist education. Students are commodities, the property of the State, and subject to planning just like any other commodity. Their main purpose is to satisfy state needs and demands in its socialist revolution.

Secondly, education in the Communist state is a tool for the attainment of Communist objectives. Its basic philosophy must be the Communist ideology. Informal and formal education of the entire population is governed by the same principles and objectives and these objectives are closely geared to the political and economic planning of the day. There is no gap between school and society.

Thirdly, the purpose of education in Communist China is to change the thinking and behavior of people so that they will became willing and enthusiastic supporters of Communism.

In conclusion, to answer the question whether this education will be successful, one must always keep in mind that this is not merely the educational system of an ultra-nationalistic country, nor even the educational system of a strong-minded ideological organization, but that it is the indoctrination arm of a false religion whose goal is the complete conversion of the whole world. For the Christian to try to understand the great revolution in China as being, something less than a false religion with all that it implies, would cause him as much confusion and despair as many in the Western world are experiencing as they try to understand and evaluate Red China and her role in the future.

4. People’s China – A Fortnightly Magazine. An English language magazine published by the People’s Republic of China.