Osterhaven on the Reformed Church and the Christian School

“What place does the Christian School have in the Reformed Church in America?” is a question directed to Dr. Eugene Osterhaven, professor of systematic theology at Western Theological Seminary, Holland, Michigan, in his October 7, 1955, column Youth Forum, regular feature of The Church Herald, Reformed Church weekly.

Dr. Osterhaven attempts first of all to provide an answer to the basic question, “What is a Christian school?” With respect to the program of a Christian school we can agree with the answer given, namely, “if the school exalts Christ and is founded on His Word, it is Christian.” We might be less inclined, however, to agree with his observation (offered in the same paragraph with his definition of a Christian school) that the location of such a school may be found most anywhere. ]n the light of the celebrated McCollum-Supreme Court case it seems quite naive to say with Prof. Osterhaven: “That (Christian ) school may be a parochial, church-controlled school; it may be a private school governed by a Board composed of parents or trustees; or, it may be a public institution of learning” (italics inserted).

I suppose that Dr. Osterhaven has in mind those school districts in which the number of Christian parents so completely dominates the population that they are able to guarantee the hiring of a Christian faculty and to allow them to open classes with prayer, use the Bible in the curriculum, and conduct the school program on a generally Christian basis. However, the question as to what one can get away with under certain exceptional instances and what one may under the existing educational regulations legitimately 40 still remains. I shall never forget the consternation caused by a public school administrator in a small Wisconsin town in which I served my first congregation when he confronted the local clergy with this question: “If I call you some morning to ask you not to conduct your ‘released time’ Bible classes in our school because the state supervisors are going to be on hand, what will you say?”

His question was based on the fact that in order to get its quota of state school money every school was obliged to affirm that no time was being given over to the religious education of its students. As far as I know this matter never came to a head in this Wisconsin village. Nevertheless, the attitude of the state board is quite obvious, and the fact is that the practice of allowing neighboring pastors to come in for one hour per week of religious instruction was not strictly according to the letter of state school regulations.

In addition to this observation we would ask: Is it actually possible for a “public institution of learning” to be “founded on His Word?” I know that it is possible that Christians in a given community may as individuals whose profession is founded on the Bible regulate a public school. But is that the same thing as founding the institution itself upon the Word? It seems to me that the American tradition of separation of state and church would preclude the possibility of a public school declaring openly in its statement of basis and purpose that it is founded on God’s Word. And I’m certain that in many individual states this is legally an utter impossibility.

Section 2 of Dr. Osterhaven’s answer deals with the task of Reformed Church members in education. Again some very excellent things are said. But again the same emphasis is apparent, especially when it is asserted that “Everyone of our members…should strive to make our public schools better by having more Christians teaching in them and serving on school boards. Where Christian witness is squelched in public schools and teachers are told to ‘stay away from religion; or where the prevailing influences in the school system are not Christian, we believe that Christian parents of Reformed persuasion should send their children to a school which is Christian if there is such around. When the child is of college age they will send him to a Christian college.”

All of this means, we take it:

1. That the public school is the first institution to which the Christian parent of Reformed persuasion may turn as he seeks an avenue of instruction for his child.

2. That in case circumstances are so bad that one cannot effectively witness for Christ in such schools, then “if there is such around” Reformed parents should use the Christian (I suppose, the private or parochial type) schools.

3. That in any event college students ought to have a distinctively Christian education in a Christian institution. 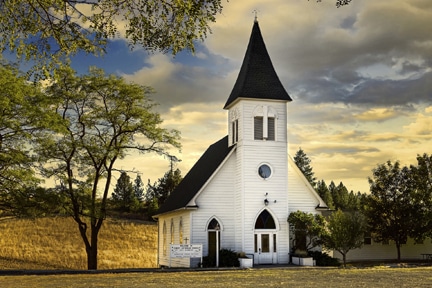 One is tempted to ask if there is any reason to expect that such Christian School will be “around” if they must be established by parents who are not really convinced of their true necessity? If this answer of Prof. Osterhaven is typical of at least a sizable segment of Reformed Church opinion, we can easily see why enthusiasm for Christian education of the type parent-controlled schools represents is at low ebb in his denomination.

Dr. Kunst’s Reaction to our Synodical Examination of Candidates for the Ministry

“This type of examination can actually no longer be carried out. The large number of candidates makes it impossible. A truly penetrating and convincing investigation does not take place.”

The above is a free translation of Dr. Peter G. Kunst’s summary of his impressions as he observed the examination of candidates for the Gospel ministry at the 1955 Christian Reformed synod. Dr. Kunst, well-known. congenial Amsterdam Gereformeerde minister, was representative of his denomination at this broadest gathering of a sister church.

The Rev. Mr. Kunst bases his criticism upon such facts as the hurried way in which synod must conduct this business (about 20 minutes is allotted for questioning in each of the six main heads of theology with the questions to be divided in turn among eight to ten candidates; sermon delivery restricted to 15 minutes per candidate), the public character of the examination, with 100 delegates plus all interested visitors present, etc.

In fairness it must be said that Dr. Kunst is not simply negative in his reactions. His article in Gereformeerde Weekblad on this subject (“De Grote Dag in Grand Rapids”) as found in the July 22, 1955, issue is commendatory at several points. And it must be added that voices are being raised on this side of the ocean also as to the methods now being employed to examine candidates for the Christian Reformed ministry. Many feel, for example, that one thorough examination on the level of the classis would be sufficient. Also, some strongly advocate that the original languages be restored to the examination.

We can expect more discussion of this very important matter, we believe.

A mark of the church in decline is the absence of sound exegetical work in its preaching. This follows as matter of course, since all apostasy involves an abandonment of the Word of God.

Sample of the consequences of a lack of respect for God’s Word as revealed infallibly in the Bible is this incident:

Announced on the bulletin of a church was this text: as basis for the morning’s sermon: Genesis 3:19, “in the sweat of thy face shalt thou eat bread, till thou return unto the ground; for out of it wast thou taken: for dust thou art, and unto dust shalt thou return.” This rather promising verse from Holy Writ turned out, however, to be an occasion for a sermon advocating the government’s program of soil conservation!

October 19 and 20 were the special days on which celebrations were held in Amsterdam upon the occasion of the 75th anniversary of the founding of the Free University. Strictly speaking this event does not fall within the province of this column, and therefore we shall not attempt to describe either the Significance or the manner of celebration of this important event. It is our hope that Torch and Trumpet will be able to furnish such information for the inspiration of the American Reformed community in some future issue.

We only wish to say that we would add our sincerest congratulations to the university, its governing body: De Vereniging voor Hoger Onderwijs op Gereformeerden Grondslag (Society for Higher Education on a Reformed Basis) , and to the Calvinists of The Netherlands whose support has kept this faith project alive these 75 years. And, above all, we take this occasion to reproduce A. Kuyper’s editorial theme for De Heraut of Sunday, October 31, 1880: Soli Deo Gloria—God aIleen zij de eer! —To God alone be the honor!

Nobody Really Knows How Many Belong to the Church!

Statistics are always very interesting, and as applied to church membership they have been said to reveal much that is significant.

Recently the Information Service of the National Council of Churches pointed out, however. that one had better be very careful in his evaluation of these statistics. The reason: they are quite doubtful in view of the fact that no standard definition of “church member” is employed, and that there is little control of the sources from which they are gained. This is quite embarrassing, of course, since unreliable statistics are not much good.

Time for October 31, 1955 reports that the National Council Information Service felt constrained to mention such things as this: “the statisticians of the religious bodies often depend for their figures on the unchecked estimates of local pastors. As for church attendance, so confidently said to be increasing, no real statistics exist at all.”

60.3% of the population of the continental United States is now according to such statistics said to be within the ranks of “church” (including jewish synagogues) bodies. This represents a gain of 2.8% for 1954.