Central to the biblical teaching concerning the human condition is the doctrine of the fall of man from an original righteousness into the depths of sin. The Reformed theological tradition has strongly emphasized the pervasive impact of sin upon man in its affirmation of total depravity. This does not mean that every person is as bad as he or she can possibly be. Rather, the idea is that every part of a person’s humanity has been tainted by sin—both the body and the soul. Sin has introduced the downward drag of weakness and death into our physical makeup. It has likewise corrupted every faculty of the soul—the mind, the emotions, and the will. Theologians have traditionally referred to the noetic effect of sin to describe what has happened to the human mind as a result of the descent of man into moral darkness.

The scriptural position concerning the darkness that has enshrouded the human mind is seen in Paul’s epistle to the Ephesians. In this New Testament letter Paul urges the Christian community in Ephesus to maintain a distinctive Christian lifestyle in contrast to the decadent patterns of behavior found throughout the ancient Mediterranean world: “So this I say, and affirm together with the Lord, that you walk no longer just as the Gentiles also walk, in the futility of their mind, being darkened in their understanding” (Ephesians 4:17–18). Here, we learn the reason for intellectual futility, the fact that many are “always learning and never able to come to the knowledge of the truth” (2 Timothy 3:7).

Fallen man—by nature, apart from grace—has an understanding that has been darkened by sin.

The Enlightenment movement, which has exercised so much force and influence over the last three centuries, has maintained the exact opposite position. It has continually affirmed the complete sufficiency of human reason, believing that reason provides the light that the human race so desperately needs. Humanist Manifesto II reflected the Enlightenment faith in the supreme capability of the human understanding in its fourth proposition: “Reason and intelligence are the most effective instruments that humankind possesses. There is no substitute: neither faith nor passion suffice in itself.”

For the Reformed faith, the danger with giving the primacy to human reason is patent: the mind of fallen man—apart from the renewal of the Holy Spirit—is a flawed instrument. It is a mind, Paul contends, that cannot penetrate into the real meaning of Holy Scripture. The apostle declares that for people in unbelief “a veil lies over their heart” (2 Corinthians. 3:15). He further adds that for many “the god of this world has blinded the minds of the unbelieving so that they might not see the light of the gospel of the glory of Christ” (2 Corinthians 4:4). 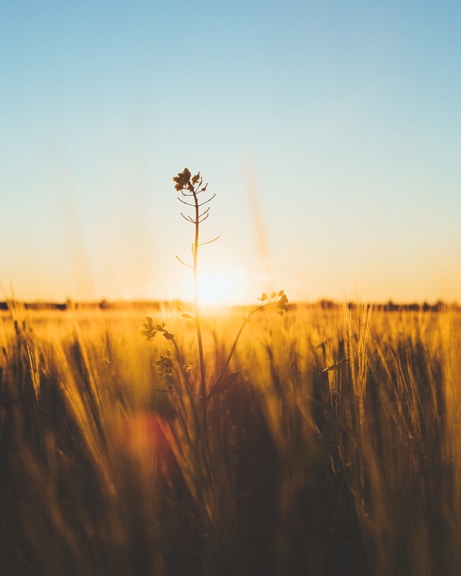 Some individuals may scoff at the Pauline teaching on the limits upon fallen human reason. They will continue to be impressed in themselves and their intellectual achievements. With respect to such arrogant people, Jesus said, “I praise you, Father, Lord of heaven and earth, that you have hidden these things from the wise and intelligent and have revealed them to infants” (Matthew 11:25). The very thing of which the intellectual elite are oblivious—the reality of a divine judicial act in which God actually hides truth from the mind of the proud—for this Jesus thanks the Father.

But there is hope for fallen man. Jesus rejoiced in the reality that God the Father reveals truth to babes! In the passage in which Paul speaks about the dark veil draped over the fallen human heart and mind, he includes the wonderful truth that “whenever a person turns to the Lord, the veil is taken away” (2 Corinthians 3:16).

Speaking about the believing Christian community, the apostle states that we not only begin to understand the message of Scripture, but we are actually changed by the message: “But we all with unveiled face, beholding as in a mirror the glory of the Lord, are being transformed into the same image from glory to glory, just as from the Lord, the Spirit” (2 Corinthians 3:18). The removal of the veil of darkness means that the believer in Christ becomes more and more like Jesus in his moral nature. We do not stay the same. The passing of time brings greater conformity to the Lord in the mind, the emotions, and the will. This indeed is the real and the true Enlightenment!