Since 1619, the Christian Reformed Church and its predecessor denominations in the Netherlands have had some of the strictest policies of any Reformed tradition for subscription to the doctrinal standards of the church. 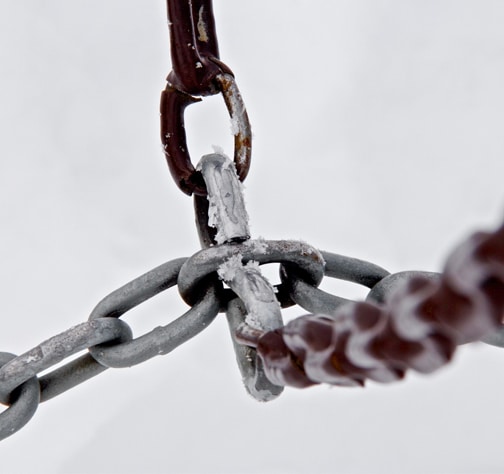 That could change if Classis Thornapple Valley gets its way. By unanimous vote, the January 17 meeting of the suburban Grand Rapids assembly overtured Synod 1998 to appoint a study committee that would revise the statement in the Form of Subscription that “all the articles and points of doctrine set forth in the Belgic Confession, the Heidelberg Catechism, and the Canons of Dort fully agree with the Word of God (italics added) to reflect the fallibility of all human work.” Other provisions in the overture propose that the study committee modify the Form of Subscription so that it distinguishes the responsibilities of elders and deacons from those of ministers, evangelists, and professors of theology in the promise to teach and defend the articles and points of doctrine and “modify the requirement that signers of the Form of Subscription, if they come to have some difficulty with a doctrine or doctrines in the creeds, will not speak or write about it until they have disclosed their sentiments to the proper authorities in the church for examination.”

In the CRC, all ministers, elders, deacons, evangelists, and theological professors must “declare truthfully, sincerely, and in good conscience before the Lord that we sincerely believe” the doctrinal standards of the church in “all the articles and points of doctrine…fully agree” with Scripture — the language to which Classis Thornapple Valley unanimously objected. Furthermore, the Form of Subscription requires that office bearers promise “to teach these doctrines diligently, to defend them faithfully, and not to contradict them, publicly or privately, directly or indirectly, in our preaching, teaching, or writing” and to pledge “not only to reject all errors that conflict with these doctrines, but also to refute them, and to do everything we can to keep the church free from them.” If officebearers should “come to have any difficulty with these doctrines or reach views differing from them,” the Form of Subscription requires them not to “propose, defend, preach, or teach such views, either publicly or privately, until we have first disclosed them to the council, classis, or synod, realizing that the consequence of refusal to do so is suspension from office.” Further provisions specify a process whereby a church council, classis, or synod supervising an officebearer may, “on sufficient grounds of concern,” vote to “require a fuller explanation of our view concerning any article in the three confessions,” specify suspension from office if the officebearer refuses to provide the required explanation, and indicate a procedure for appeals.

“Changing those requirements would have severe consequences for the life of the Christian Reformed Church,” said Dr. Cornel Venema, professor of Doctrinal Studies at Mid-America Reformed Seminary in the Chicago suburb of Dyer, Indiana.

“I would propose that what they are proposing is the undoing of any meaningful confessional subscription on the part of the denomination and its ministerial servants,” said Venema. “I call that a tongue-in-cheek subscribing; you say you believe in something but you reserve to yourself the right to disagree, and that is no subscription at all. Were such a proposal adopted by the synod, it would formally confirm that the CRC has ceased to be a confessional Reformed body and that those who have left the CRC for that reason have confirmed the validity of that ground.”

Why Change the Form of Subscription?

The Classis Thornapple Valley overture originated at Princeton CRC of Kentwood. Elder Cornelius Korhorn said his church didn’t send the overture because of any specific problems with Christian Reformed doctrine but rather out of concern that the Form of Subscription requires more than can properly be expected of officebearers.

“As we see it, the Form was written in the early part of the seventeenth century,” said Korhorn. “The people who signed it were all professors and ministers, and if there were elders there, they were competent; whereas today most of our elders and deacons aren’t competent in theology. If the preacher said something wrong they wouldn’t know it.”

“In my particular council not a single person has ever read the Canons of Dort; there’s something wrong there,” said Korhorn.

While particularly concerned about requiring elders and deacons to promise things for which they are not sufficiently trained, Korhorn also argued that the Form reflects an outdated method of doing theology.

“When this was first written, scholars were largely working by themselves; there was no mail service or telephone; they were off by themselves,” said Korhorn. “Today if a theologian is wondering about a certain question you can get on the Internet and ask questions. Theological conversation today is entirely different from what it was when the Form was written, which means that the way it should be handled must be modified to reflect twentieth century reality.”

“If the Form had said they will not publicly preach or teach something that is at variance with the creeds, that would be reasonable, but it says they will neither publicly nor privately talk about it, and that is unreasonable,” said Korhorn.

The most serious problem with the current language, in Korhorn’s view, is the statement that the creedal language fully agrees with Scripture.

“To say the creeds are fully in accord means there is nothing in the creeds that is possibly contrary to the Scripture; to us it seems that in any human document you need to leave open always the possibility that something is not in accord,” said Korhorn.

According to Korhorn, the overture went through a two-year process of review and six editions before its current language was adopted by Princeton CRC and later by Classis Thornapple Valley.

Retired Princeton CRC pastor, Rev. Sierd Woudstra, one of the primary authors of the overture, concurred with Korhorn’s explanation of its genesis and rationale.

“I have become convinced that signing the Form of Subscription has become a ritual, and is basically meaningless,” said Woudstra. “I love the Reformed faith, properly defined of course, but I’ve had difficulties with the Form of Subscription for decades already. I have always felt that too many elders and deacons don’t know what they are signing and if they did know what they were signing, they would have problems with it because they don’t know what’s in the creeds.”

“One of the things I said is when I retired, nobody can require me to sign the creeds as a condition of employment,” said Woudstra. “It’s something you do because you have to do it and trust the Lord will forgive you for signing despite the fact that you do have some reservations.” While Korhorn said his primary concern was the overture’s second point that elders and deacons may not have the necessary theological knowledge to intelligently sign the current Form of Subscription, Woudstra said his primary concern was the restrictions the Form places on theological inquiry.

“The provision in the Form that says you may not write or talk about things before you talk to your consistory or classis is putting the cart before the horse,” said Woudstra. “The best way to find out if your concerns are valid is to write an article about it; it is by means of public discussion of an article that you see if your opinion is right or not.”

Citing the way synod handled the concerns of deceased CRC missionary Dr. Harry Boer and his denial of the doctrine of reprobation — the historic Calvinist doctrine that God damns people to hell as well as elects them for salvation — Woudstra said the Form of Subscription created a bad theological climate in the CRC.

“I have a high regard for the creeds even though I have grave concern about the creeds, especially the doctrine of reprobation where I am fully in agreement with Dr. Harry Boer,” said Woudstra. “I have often wondered if the CRC is hospitable to theological issues.”

In addition to Boer, Woudstra cited two professors from the CRC’s “mother church,” the Gereformeerde Kerken in Nederland, as examples of world-renowned theologians who might have difficulty working in a Christian Reformed context. “Would a man like G.C. Berkouwer be able to effectively lecture at Calvin Seminary?” asked Woudstra. “I think not. To me it is an utter travesty of justice what was done there by Calvin Seminary to Dr. Jan Veenhof. This was an act of gross injustice, and I still want to challenge Calvin Seminary to make amends.”

Berkouwer and Veenhof, both longtime professors in the GKN, came from strongly conservative backgrounds and later in life broadened their theological positions. In 1996, Calvin Seminary terminated Veenhof’s visiting professorship at the seminary when it became known that he had been a member of the GKN study committee that provided theological justification for allowing monogamous homosexual unions and had written a book defending that position.

While strongly opposing the overture, Venema agreed with Woudstra that there are significant problems in the CRC with lack of knowledge of the confessions among the elders and deacons. “The solution to that problem is not to jettison the Form of Subscription but to do a better job of teaching, preaching and studying,” said Venema. “You don’t solve the problem by rejecting the confessions and subscription to the confessions.”

“The one outstanding argument for the overture is it would bring the denomination’s practice into conformity with present reality. They are arguing that people would be forced to be hypocrites,” said Venema. “If you wish to be, like myself, part of a confessionally Reformed communion of churches, the CRC is not the place.”