After more than thirty years of studying the Bible and church history, I am more convinced of the truth of the above statement than ever. The Biblical faithfulness of Reformed Christianity is not just an abstract truth. It is intensely practical: Christians need Reformed Christianity to be faithful to God, to nurture their individual relationship with God and to develop good churches.

RETURN TO THE SOURCES

The great source for the reform and revival of the church is the Bible. We must believe in its absolute truthfulness and reliability. We must treasure its teaching in all its breadth and depth. We must seek our answers to questions of theology and ministry from the Scriptures. Above all we must have the Word reform the church, not the church reform the Word. On issues like of the ordination of women, and homosexuality, churches are reforming (or actually rejecting) the Word. But faithfulness requires that the church reform itself by submitting to the Word. We must not pay lip-service to the Bible, but we must love it, read it, study it, listen to it and above all apply it to our lives.

We must also return to our confessions. How often do we read them? How much do we expect the great wisdom and insight of our forebears to help us? The great foundation and center of our faith and ministry is contained in our confessions and we must make them the center of our thinking. Too many ministers and elders are little acquainted with them. Ignorance of our confessions leads, for example, to calls for unity and ecclesiastical fellowship which violate the teaching of our confessions that link unity and obedience: “So we accept only what is proper to maintain harmony and unity and to keep all in obedience to God” (Belgic Confession, Article 32). Our confessions must be recaptured as a functional part of OUf understanding of God’s truth. 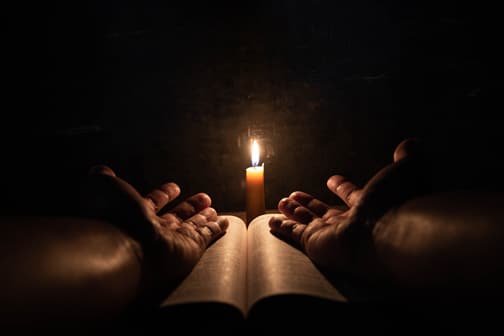 We must return to an appreciation for our historic form of church government and to its classic expression in our Church Order. The Church Order speaks of councils, classes and synods, but in reality most of the power in the church is in boards and agencies. The Church Order has been paralyzed at several points by supplements that contradict or restrict the provisions of the Church Order. Synodical tyranny replaces the good order of our polity because too many synodical delegates have replaced the Bible, the confessions and the Church Order with their own unreformed agendas.

We must be renewed in our commitment to turn to the Lord in prayer knowing that only as He sends His Spirit will life and health return to the church. Too often we plan and organize, but do not pray. Yet if the Lord fights for us, the outcome is certain.

We must also be renewed in our commitments to faithful Christian living as individuals and families. We, as “conservatives,” are often neglectful of the Sabbath and other forms of spiritual discipline. We need to recapture a sense of passion for the Lord and His ways. Our churches need to be renewed in Reformed ministry. We have made too many compromises with Pentecostal forms of worship. We need to be renewed in reverent, Word-centered Reformed worship. We have made too many compromises with hyper-emotional forms of youth work. We need to be renewed in a Reformed youth work that teaches the catechism effectively and ministers to the whole young person. We have been neglectful of our responsibility for evangelism and missions, and need to develop faithfully Reformed ways of reaching out to our neighbors, communities and world with the Good News of Jesus Christ.

To accomplish this renewal we need solid Reformed churches in association with one another. Isolated congregations cannot do this work by themselves. We need mutual support and encouragement. We need cooperation among the like-minded. We need renewal so that we will not have to use so much of our energies opposing unreformed ideas, programs and organizations among us. Many of us long for meetings of classes and synods where we can sing Psalm 133 with sincerity and then do business in a Reformed manner.

How can we get on with building Reformed Christianity?

Building Reformed Christianity. however fundamentally positive we should be, requires the repudiation of error. The great Synod of Dort appropriately gave not only a positive statement of the Biblical truth, but also wrote Rejections of Error in relation to Arminianism. We need to purge ourselves of errors in doctrine and life if we are to encourage robust Reformed Christianity.

One way for Reformed Christians in the CRC to do that is to secede. We could leave the denomination of which we have been part, either to begin a new one, or to become a part of an existing Reformed denomination. Such an action would be neat and clean. It would offer the opportunity to eliminate the obvious corruptions that have grown in the CRC. It would probably protect the seceders from the further corruptions to come in the CRC. Secession, however, is not easy. The Alliance of Reformed Churches has had great difficulty in deciding how the independent churches will relate to one another. The Alliance remains divided between Presbyterians and congregationalists.

Secession would also tragically divide the conservative cause. Inevitably, some would leave and some would stay in the old denomination. Both sides are weakened.

Are there any alternatives to secession? Perhaps. I hope that at the conference that is being organized by Classis California South (to be held at the First CRC of South Holland, Illinois, November 6 and 7), we will discuss alternatives. Let me propose one for discussion.

New classes could be established within the CRC, based not on geography, but based on theological affinity. Every council in the CRC could decide whether to remain a member of its present geographical classis or to become a member of one of the new “conservative” classes. In the new classes no women ministers or elders would be permitted either in the councils or the classes.

The formation of such new classes would require adjustments in Church Order articles 39 and 48. But synod has established the precedent for such actions. All synod would have to do is declare that each council can decide if the words “neighboring” (in Art. 39) and “nearest” (in Art. 48b) would become inoperative for it. Surely such changes should be easily approved by those interested in the peace and unity of the church. But even if the synod will not approve these new classes, we should use the principle established by synod of allowing churches to render the Church Order inoperative where local conditions require. We would have to insist on new classes and commit ourselves to forming them with or without the approval of synod.

I would propose for debate at the November meeting the following resolution:

“Committed to the Bible as God’s inerrant Word and the Three Forms of Unity as a faithful summary of Scriptural religion;

Believing that Reformed churches must be connected to one another according to the principles of our Church Order;

Convinced that maintaining the status quo in the CRC would be a betrayal of our Reformed convictions and lead to the weakening of our churches;

Wounded in conscience by the actions of Synod 1995 which violated in a publicly sinful way and as an abuse of its power and authority both the Scripture and Church Order articles 3, 29, 31, 47, 49, 50 and 86 on the matters of women in ecclesiastical office and ecclesiastical fellowship with the GKN;

Determined to preserve the historic Reformed commitments of our churches for coming generations;

Desiring to remain united to sound Reformed congregations in the CRC:

We, the undersigned councils, as an exercise of our responsibility under article 80 of the Church Order, commit ourselves to do the following:

1. Form new classes based on our historic Christian Reformed doctrines and Church Order. We expect that synod will approve these new classes. We do not recognize, however, the right of synod to prevent this action. The decisions of Synod 1995 forced this action upon us when it acted tyrannically and unbiblically and so disrupted the life of our churches. Since Synod 1995 has declared some aspects of the Church Order “inoperative,” we have no choice for the protection of our churches except to follow that precedent. We may have to declare some articles of the Church Order inoperative for us;

2. Organize these like-minded classes into the “Fellowship of Conservative Reformed Classes.” These classes will only receive synodical deputies from other classes in the Fellowship;

3. Declare that the new classes will only send delegates to synod if no women officebearers are delegates to the synod;

4. Declare that the Fellowship will not recognize theGKN as a church in ecclesiastical fellowship;

5. Declare that the new classes accept the Church Order as it existed in 1994, but reject all supplements to it that have the effect of changing its meaning, including:

a. the supplement to Article 3 permitting the ordination of women;

b. the supplement to Article 7 restricting ordination under this article to very few. We are in great need of historically Reformed ministers and cannot be limited any longer to graduates of Calvin Theological Seminary who have been made candidates by the synod.”

This proposal is radical and will be controversial. But we must act decisively if we are to find an acceptable alternative to secession. We in the CRC seem to be reliving the days of the Judges when each did what was right in his own eyes. Many will accuse us of doing that by making changes in the Church Order and rejecting some aspects of synodical authority. But it is the synod itself that has driven us to this drastic proposal. We are saying in the spirit of Joshua, “As for me, my house and my church, we will serve the Lord.” We do not wish to leave the CRC but neither will we continue to be enablers in its rejection of Reformed Christianity. Surely those who say that they champion peace, unity, love and toleration will tolerate our “Fellowship of Conservative Classes.” As the actions of congregations to ordain women elders contrary to the Church Order in Classis Grand Rapids East and elsewhere were tolerated, so should our actions be tolerated and approved. In any case we must have the freedom to follow our consciences in this matter. If those who insist on changing the CRC will not tolerate us, then they must attempt to discipline us—discipline which they would not pursue against Classis Grand Rapids East. But for now we are not leaving and we are not cooperating in our own destruction. We are going to get back to our real calling: building faithful, effective, confessional Reformed churches.

It may well be that some other proposal will be sent to the November conference that is better than mine. I hope that we will have a number of good proposals to discuss. But we must do something more than wring out hands, grumble and send overtures. We must act. It is time for reformation in the CRC Let us pray that the Lord will strengthen, encourage and unite us in this great work. May the Lord bless and prosper all our work in His service.

Dr. Godfrey is President of Westminster Seminary in California and Professor of Church History.