When Jesus wanted to teach his disciples a lesson on the use of gifts bestowed on men by their heavenly Father, he told the story of the talents.

When a rich nobleman went on a journey, he entrusted his property to his servants. To one he gave five talents, to another two, and to another one, each according to his ability. Upon his return he found that the one to whom five had been given had earned five more. Similarly, the one who had received two talents had produced an extra two, but when the third servant reported that he had hid his talent in the ground for safe-keep­ing so that it would be there upon his master’s return, the lord rebuked him and ordered him cast into darkness. Obviously, the point illustrated was that every gift, no matter how small, must be put to greatest possible use.

APPLYING A BIBLICAL PARABLE TO EDUCATION

Now, we have been keenly aware of this in the field of education. We have been concerned (and rightly so ) with the problems of the slow learner. But how about the student with the five talents – that bright fellow who gets his lesson in fifteen minutes? Is he working to capacity?

Ideally, a good teacher should ex­pect the bright students to accomplish more than the rest, but actually they are held back in order that the class may proceed at a rather even pace. Oh, yes, the unusual student may prepare a few extra reports, work on a special project, or solve a few chal­lenging problems for additional credit, but for the greater part the schools have about the same requirements for all. Our five talent youngsters are producing at the rate of the two and one talent students.

Americans have for many years prided themselves on their system of education. It is so democratic. But we are gradually beginning to ques­tion the effectiveness of our schools. Why? Because of statements made by military men and educators who claim that American youths fall behind the students of Russia in mathematical and scientific achievement. 1. L. Kandel, former editor of “School and Society,” says that the lag is not only in these two areas. If comparisons were made, he believes that we would fall behind in every other subject as well! In other words, we are told that our American schools are not ade­quate. They may serve the general public well for purposes of having an enlightened citizenry, but as far as preparing students for work in a world of scientific advancement, our system falls short. 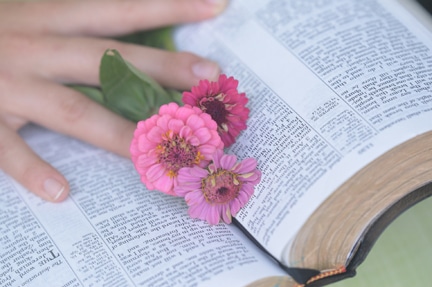 How does such a thing come to pass in a country where people have put such faith in education? The an­swer is quite simple. When our high schools were first established only the brighter students attended. Then, when others desired further education and laws were passed requiring compulsory school attendance until the age of sixteen, the schools became packed with students who required a different type of education. New courses were introduced, but stand­ards were also lowered. It has been estimated that an IQ of 110 was re­quired to pass successfully the courses in our early high schools. Imagine what happened when the schools were flooded with students, the greater share of whom did not possess an IQ of no. Educational standards were lowered to meet the needs of those who learned more slowly. Now we realize that standards must be raised, and how shall we do it?

ATTEMPTS TO SOLVE THE PROBLEM

Many of the larger high schools are trying homogeneous grouping; that is, putting the bright students together in one class and letting them proceed at a faster pace. This, of course, can be done only in very large schools. Most of the high schools in the coun­try are not large enough to do this. Other schools are pleading with the teachers to give more attention to the bright students; but this is difficult, too, for the struggling student seems to need so much attention while the exceptional child is so self-sufficient.

Some high schools are beginning to revamp their mathematics and science departments. A student majoring in math will begin college courses in his senior year. He will take college alge­bra, and introduction to analytic ge­ometry, and calculus. More advanced courses in science are also offered.

SCHOOLS FOR GIFTED CHILDREN ONLY

Some of our larger cities have even gone a step farther. They have or­ ganized entire schools for gifted chil­ dren only. New York has three such schools. One is connected with Hunter College; another is the High School of Science in the Bronx.

The latter was founded by Dr. Mor­ris Meister more than twenty years ago. He was one of the first men in the country to put into effect a public education system which was designed to cater to the needs of the mentally superior child. Pushing a child through high school too fast and pla­cing him in college at too early an age was not advisable, he argued. This had been done in many instances, and these bright youngsters were so out of their group socially and emo­tionally that they became problems. Dr. Meister convinced the New York Board of Education that a high school established exclusively for gifted chil­dren would be the best way to handle these superior minds. The board agreed, and the school has been very successful. Students accomplish much more in this school, and graduates al’e often given advanced placement in college.

Admission to this school is on the basis of recommendation by the school principal and by performance on a specially prepared test. This en­ trance test, different each semester, and prepared specifically for this school by Columbia University, must be taken by every student applying for admission. It is a test in basic reading skills, vocabulary, spelling, and mathematical ability.

Dr. Meister and his school was the subject of an article which appeared in the Reader’s Digest of April, 1956, and he told me in a recent interview that he is gratified that the country is waking up to the need. He is receiv­ing letters from all over the United States for information and advice, and many cities are planning similar projects.

But all communities cannot do this either. We shall just have to plead for better teachers, better elementary schools rededicated to drill in funda­mentals, for parents who allow less television and demand more study, for fewer complaints about home­ work, and for students who under­ stand that school is no picnic.

Our educators are concerned be­ cause failure to keep pace with other countries may mean the difference between our survival or destruction. Christian people concur, but also have a higher motive. If the Lord bestows special gifts on certain individuals and we take it upon ourselves to pro­ vide the educational opportunities for these children, then may we be one­ sided in our concern for the one-talent servant? What do you suppose Jesus would have said about the servant to whom five talents had been entrusted had he returned the five wrapped in a napkin instead of trading with them and earning more?

We may not waste time or money. We may not waste ability either. Let’s put our hand to the wheel to help the bright students be of greater value to society. In so doing, they will shine in greater glory for the God who made them.