Earlier in this issue Rev. Peter Moelker wrote a compassionate article about events occurring within the Christian Reformed Church. One can sense the frustration he is experiencing as he sees things happening within the denomination that he loves and has faithfully served for many years. My heart goes out to him and to others who try to maintain the truth and the integrity of the Word of God within a denomination that is not-so-slowly sliding down the slippery slope. 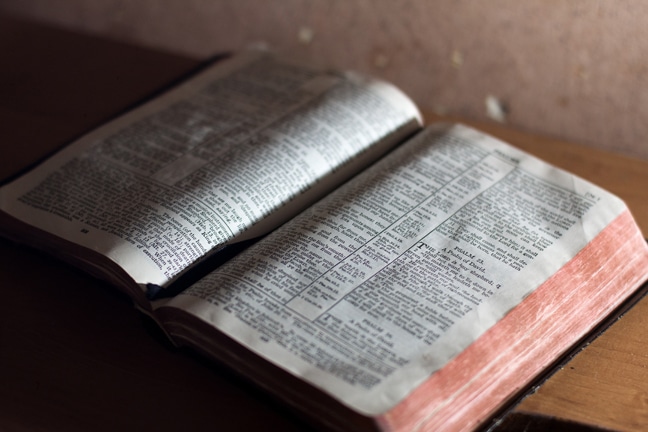 At the time this issue went to print, Classis Toronto was expected to meet in January to deal with First CRC’s permitting of the nomination of gays and lesbians to the office of elder and deacon. My prayer is that the delegates to that Classis meeting will be granted wisdom and that the Christian Reformed Church will stand fast upon God’s Word as they explain to First Toronto CRC the error of their thinking.

There are two things that stood out in my mind as I read about First Toronto’s decision in Christianity Today, The Banner, Christian Renewal, and now in this issue of The Outlook.

My first thought was “How does a church rooted in God’s Word come to a point where they believe the sovereign God calls ‘homosexuals living in committed relationships’ to serve in the capacity of Elder or Deacon?” The answer is rather obvious. It is because the church has long accepted the same people as members in good standing. At some point in the church’s history they had to overlook God’s Word in order to show what they thought was compassion to those living in sin. Instead of calling them to repent, they openly accepted homosexuals as members and it was only a matter of time before these members were permitted to serve as song leaders, teachers, and in other areas within the church. From there, it only became a small step to place them up for nomination as Elders and Deacons.

What is more disturbing is the attitude First Toronto CRC has toward this unbiblical practice. They state very simply that they “are actually not very interested in debating the subject any longer.” I Peter 3:15 says: “always be ready to make a defense to everyone who asks you to give account for the hope that is in you.” Based on God’s Word, the church has through the centuries believed that a homosexual lifestyle is aberrant behavior; behavior that we believe will exclude one from the eternal kingdom of God. If a church should adopt a hope that there is salvation for those who live this kind of lifestyle, they should ALWAYS be prepared to defend that hope.

The only reason that I can see for a church not to want to defend its practices is because it has no defense. First Toronto, no doubt, knows the passages of Scripture that speak straightforwardly against homosexual practices. They, no doubt, know the stand that the Christian Reformed Church has taken in this matter. And they have no defense. They, no doubt, have studied this issue thoroughly themselves. In their mosexuals in the Church of Jesus Christ, and so they choose to no longer discuss it.

I am reminded of the old joke in which a man says to his wife: “I’ve already made my mind up, so don’t confuse me with the facts.” As a joke it is funny. But when a church takes on that attitude it is not funny. In fact, it is terribly dangerous. As Rev. Moelker pointed out in his article, the fact is that the Bible calls the homosexual lifestyle a wicked sin. It is a lifestyle that excludes one from the Kingdom of Heaven. Those are the facts! A church that adopts a view contrary to the plain authoritative written Word of God is not a church on the “fringe” or a church that is uniquely “inclusive” as First Toronto views themselves. It is apostate. And it is leading her members away from God’s truth into Satan’s lie.