Sound familiar? We’ve heard it all before, you say? Maybe. The difference here is that the place that she worked was never open on Sundays before. Part of the reason why she had applied for the job in the first place was because they were closed on Sunday. Another reason was the Christian atmosphere. After all, Family Christian Stores seemed like a safe haven from the worldly-minded places she had worked before.

This past September, Family Christian Stores opened for business on Sunday. Although they promised not to fire those who had serious reservations about working on the Lord’s Day, those who refused were terminated “for other reasons.” In our local Family Christian Stores, it was reported that sixty per cent of the employees were suddenly and unexpectedly unemployed.

One really has to wonder why a Christian Bookstore has to be open on the Lord’s Day. An email to the headquarters yielded the following response:

Family Christian Stores has decided to open on Sundays after prayerful consideration and seeking counsel from other Christian leaders. We believe that opening on the primary ministry day of the week is what the Lord would have us do. While we are aware that our decision to open on Sundays invites some criticism, we must follow the ministry mission of Family Christian Stores and provide people with Christian resources that meet their needs-whenever the needs arise, especially on the day they are thinking about spiritual needs.

We understand some may question this move. However, I have been personally convicted by several verses that clearly call us to make disciples and reach people regardless of the day of the week.

• Matthew 12:1–14, but in particular Matthew 12:12 (NIV) “… for it is lawful to do good on the Sabbath.” • John 5:15–17, which speaks about Jesus healing on the Sabbath and His persecution by the Jews. • Colossians 2:16–17 (NIV) “Therefore, let no one pass judgment on you in questions of food and drink or with regard to a festival or a new moon or a Sabbath. These are a shadow of the things to come, but the substance belongs to Christ.

Studying this subject also reinforced that we need to support regular times of worship, which is why we will not be open Sunday mornings. We also must support and encourage regular times of rest for our staff, and our approach to scheduling will support this. We look forward to the opportunity to minister to more guests on this day and would ask for your prayers and encouragement as we make this change. 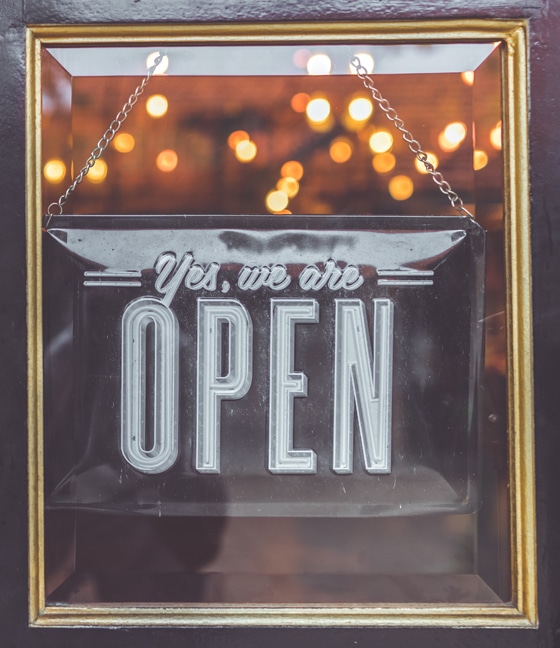 A church that suddenly finds itself short on bulletins can quickly run to Family Christian Stores and find some with a pretty scene and the words of Isaiah: “Call the Sabbath a delight.”

If, on the way to church, you suddenly remember it is Uncle Steward’s birthday you can buy a nice mug and card and give it to him at church.

A minister who is stuck for that perfect illustration for this evening’s sermon can dash to the bookstore and buy a book of illustrations to make his proclamation of the Word so much more effective.

There are just so many emergencies that Family Christian Stores can help with by being open in the Lord’s Day.

President and CEO of Family Christian Stores, Dave Browne, goes on to claim that being open on Sunday will allow them an additional day of the week to “make disciples and reach people.” I’m sorry, Mr. Browne, Family Christian Stores is a book store, not a ministry or a mission project! You cannot disciple someone by forcing them to break God’s Law.

And who does Mr. Browne think he is going to reach by being open on Sunday? Will some unbeliever driving by on her way to the mall on Sunday suddenly receive an inspiration and want to buy Dr. Kistemaker’s commentary on Revelation? If God is going to use Family Christian Stores to disciple and reach people, He will bring them into the store on a day He chooses. We cannot pretend that we are helping God when we break His Commandments.

I apologize for being sarcastic. By quoting Scripture Family Christian Stores appears to claim that they are being altruistic in their reasons for being open – doing it for the good of Christians in the neighborhood. How they can equate the healing of a man with a withered hand and the selling of merchandise is beyond me. How selling “Veggie Tale” tapes on the Lord’s Day authenticates the message and authority of the Christ, as did His miracles, is difficult for me to understand. How selling Beanie Babies and CDs is similar to pulling a sheep out of a pit (that fell into the pit on the Lord’s Day) is simply stretching the Scriptures to say what you want it to say.

To avoid such persecution, Family Christian Stores handed out coupons for 20%–30% off on any merchandise you bought in their store on Sunday. One might suggest to Mr. Browne that he use the coupon to buy a book on The Lord’s Prayer and that he study the petition: “Lead us not into temptation.”

The passage from Colossians can be interpreted to say that we are not to judge people simply by the day they celebrate the Sabbath. I have met people who worship on Saturday. I have not entered into judgment of them simply because the day they worship is different than the day I worship. But what day is the Sabbath for Family Christian Stores? They are now open seven days a week. They do not acknowledge any day as the Sabbath. That is not a shadow of things to come, that is living in the darkness!