I flipped through the channels and settled on a late night talk show. The host was interviewing a famous actress who was talking about her view of life after death. It amazed me that a show known to be mostly “fluff” would take on such a serious subject. What amazed me more were the views that she had taken; and even more, I was amazed at how the audience was applauding as they took her views in.

People today are so hungry for spiritual direction that they will follow anyone who tickles their ears. The audience seemed to think that simply because this person could stand in front of a camera, say a few memorized lines, and move the way a director has told her to, suddenly she is a qualified theologian.

But then, this actress had it all figured out. She told everyone who was listening that God is a God of love and therefore He would not just give us one chance, but many chances to get our lives right. If in this life you don’t get it right, you would reincarnate into another life and you would keep on reincarnating until you lived a life that God would accept.

Her logic was great. As an actress, she has to memorize certain lines and act the way the director tells her to. If she stumbles, misspeaks, or makes any mistakes, the director stops the scene and they start all over again. She carried this on to the sports arena where in baseball you get three swings at hitting the ball, in bowling you get two tries at knocking all the pins down, etc. So also in real life. You get to go around until you get it right.

As I clicked the “off” button on the remote, I thought about how this thinking was really nothing new. It has been around for centuries. Satan, who often disguises himself as an angel of light, doesn’t really have to come up with a lot of new ideas. He just keeps recycling the old ones. 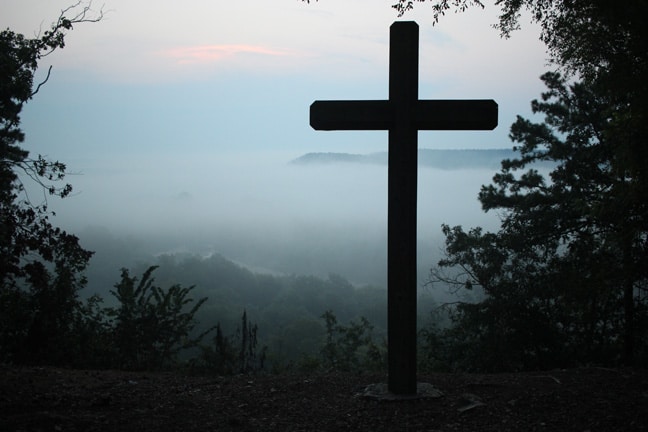 Paul writes: “It is appointed once for man to die, and then the judgment.” Thanks be to God that our salvation does not depend on our “getting it right” but on work of the Holy Spirit and the blood of Jesus Christ. Only through the irresistible grace of God can we ever respond in the right way. When our hope rests in Jesus Christ, it is not that we “got it right” but Jesus made it right!