…that ye may be able to stand against the wiles of the devil.” Ephesians 6:11

Since there are chiefs among the elect angels, we should not be surprised to learn that there is at least one chief among the rebel angels. The only being of this kind whom Scripture specifies by name is he who is called Satan, which means the adversary. He is also called the devil, which means accuser. The powers which Scripture attributes to him in his fallen state would seem to indicate the greatness of his position and the excellence of his powers before his rebellion. 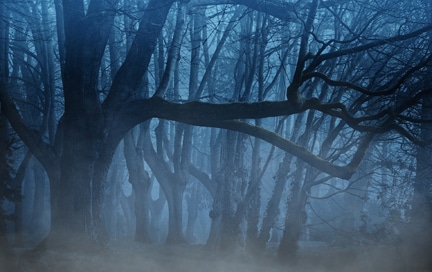 We cannot believe that Satan had an eternal existence, nor that he was created evil. Everything we know about him leads us to believe that he, like man, was created free. To ask why God made him free, when it was known that he would become what he now is, is a question which is likewise often asked respecting the creation of man. We must be careful with such questions. They easily become impertinent. This much is clear: a free being is better than a machine. Between machines, or between God and machines, there can be no fellowship. The assumption that God would include free beings in his creation is a reasonable one, just as it is most unreasonable to attribute to God the contradictory act of creating free beings who actually are not free. What parent would prefer a ventriloquist’s doll to a child who may disobey him?

In the above-quoted text Paul directs our attention to the supreme adversary with whom we all have to do. That Satan and his angels are personal beings is established by the fact that almost every possible act and attribute of personality is ascribed to them. The very word “wily” in the text implies a developed intelligence of which a mere thing is incapable. Wiles, plans, and propaganda never characterize an abstraction. R. L. Dabney in his Theology goes so far as to say that “the Scripture contains scarcely more proof of the existence of a personal God than of a Devil” (p. 271).

The devil is most devilish when he appears most respectable. Recall the line in Shakespeare’s Hamlet, “The devil hath power to assume a pleasing shape.” He can conceal, so far as it is possible, the consequences of sin until the deed is done, or he can garnish the sin so as to make it appear no sin at all. Satan is a master of the art of covering vice with the tinsel of wealth and social fashion. He knows how to charm the senses. How skillfully he practiced his art in the Garden of Eden! What power of enchantment was revealed there! Paul warned the Corinthians that Satan sometimes appears with the attractiveness of “an angel of light” (II Corinthians 11:14). In that same chapter he speaks of Satan’s “beguilements” and “craftiness” which are able to corrupt our minds “from the simplicity and the purity that is towards Christ” (verse 3).

Nowhere do these evil devices appear more prominently than in the unreal importance with which the devil invests the things of the present life. The kingdoms he offered to our Lord in the wilderness temptations he still holds as bait to catch the souls of men. Over these kingdoms he exercises a limited authority under God and perverts them for his own purposes. Let us wake up to the fact that this arch-enemy of our souls, with all the evil emissaries at his command, is capable of throwing a delusion over us with respect to the intrinsic importance of temporaI things. He can create within us an infatuation which drives us headlong onward in the pursuit of vanities. He deadens the susceptibilities of the soul to the true worth of eternal things. He has potent drugs with which to lull the conscience. He even employs things which in themselves are not wrong or unlawful, and converts them into instruments of deception and ruin. Children of God who have been believers for years not infrequently suffer spiritual lapses induced by the craftiness of the devil.

Satan is public enemy number one! He laughs at legislation. He chuckles over New Year’s resolutions. He listens to marriage vows and then proceeds, wherever possible, to set a trap that often springs before the first anniversary. He attends church faithfully with the one desire that “strange fire” shall be offered before Jehovah.

Beware of the wiles of the devil. He is more than a flesh-and-blood enemy. He is the leader of spiritual hosts of wickedness.

Christian, dost thou see them

On the holy ground,

How the powers of darkness

Christian, dost thou feel them,

How they work within,

O Lord, our Strength and Helper, instruct us by thy Spirit that we may be made aware of the legions that move against us every day, Suffer them not to cripple our powers and impede our progress in the way of righteousness and truth. Amen.