Jude, a servant of Jesus Christ and a brother of James, to those who have been called, who are loved by God the Father and kept by Jesus Christ: Mercy, peace and love be yours in abundance. Dear friends, although I was very eager…to write to you about the salvation we share, I felt I had to write and urge you to contend for the faith that was once for all entrusted to the saints. For certain men whose condemnation was written about long ago have secretly slipped in among you. They are godless men, who change the grace of our God into a license for immorality and deny Jesus Christ our only Sovereign and Lord. Jude 1:1–4 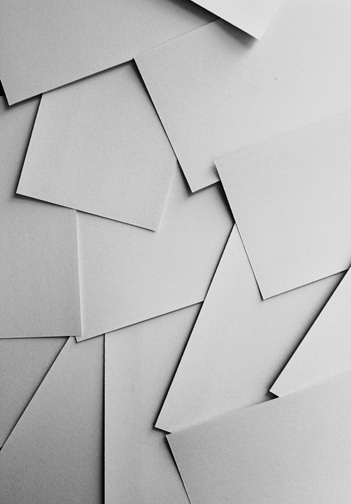 (Continued from the December issue of The Outlook.)

Last month we noted that Jude did not write the letter he planned and we gave some thought to why that was so. We now complete the picture by considering what he did write about.

…The church comes into being by the Word of God. Owing her existence…to the faith of the gospel, she is to uphold and proclaim it not only to people who are ignorant and hostile,…but also to those of other faiths. When she encounters opposition she is to “hold fast (or hold out) the word of life” (Philippians 2:12–14) and “obey God rather than men” (Acts 5:29). But sometimes the world seeks to extend its influence and Satan invades the church. This often happens when the church is not spiritually awake and active in its mission to the world. As a result, the faith is threatened and so it has to be fought for. This was the situation in the congregation to which Jude wrote. Being forgetful of the lessons of history, the warnings of prophecy and the teaching of the apostles (verses 5–17), the church had been infiltrated by ungodly people (verse 4). These were speaking arrogantly and with flattery (verse 16), taking a prominent place at the Lord’s Table (verse 12), and pursuing a policy of “divide and conquer” in the church (verse 19).

They were spreading a message that was not just an alternative to the faith, but a denial of its central truths and a distortion of its purpose. Instead of “the faith which leads to godliness,” they were spreading a lie which bred unrighteousness. Jude had become alarmed by this, as the inspiring Spirit showed it to him, and he wanted to awaken the saints so that they were too. The Epistle of Jude is therefore more in the nature of “a tract for the times” than a “theological treatise.”

Even so it is full of doctrinal and experiential teaching. His message to the saints is summed up in the words “earnestly contend.” They are a wake-up call to duty. He is blowing “a bugle” with no “indistinct sound” (1 Corinthians 14:8). The enemy is in the camp and no longer at the gate. The verb he uses is doubly strong. It does not only include our word “agonize” but also a prefix that makes it even stronger. It bespeaks “blood, sweat, toil and tears” in a conflict which is not primarily with human beings but “with [evil] prindpalities and powers” (Ephesians 6:14). It is a skirmish in “the war of the great day of God, the Almighty” (Revelation 16:14). This struggle is for “the faith once for all delivered” to the church.

This means a number of coherent truths that constitute the gospel of God. They are drawn up by Him and handed complete and whole to the church as a sacred trust. She is to be “its pillar and support” (1 Timothy 3:15) and is not at liberty to devise a version of it for any people, group, or age. This faith is to be preserved at all costs.

But defending it is not the whole of our duty. It is also to be spread. Havey; we advanced its sway as well as taken steps to prevent its being lost? It was devised as the answer to Satan’s craft and might and is “their power of God for salvation” (Romans 1:16). But how should this be done? Verses 20 to 24 supply the answer.

First of all, saints should realize that they have needs as they resolve to fight. That is verses 20 and 21. They are to gain strength from integrating themselves with the faith, and to pray, consdously depending on the holy Spirit’s aid. They are to abide in God’s love to them, by trusting in Christ alone for acceptance with Him and also keeping His commandments. In addition, they are to expect merdful interventions as they look upwards to their eternal home.

Second, they are to evaluate the opponents of the faith, differentiating between those who doubt and those who deny. Expressing mercy to both, they are to be cautious lest they should become contaminated by the open impurity of the latter. This is to be done with the grace of the gospel in mind and also the unquenchable fire of God’s judgment on all that do not obey it.

Finally, they are assured that whatever happens in the here and now, God is able to uphold them in the fight and to present them in glory with great joy. Through Jesus (His) Christ, the dominion and the praise are His alone, now (in the struggle) no less than before and after all time.

Dr. Jones joined the faculty of Westminster Seminary in California this year as Professor of Practical Theology. Previously he served as Minister of Grove Chapel, London, and in the Presbyterian Church of Wales. He was also Editorial Director of Banner of Truth Trust, and Principal of London Theological Seminary.