What did the Christian Reformed Synod of 1995 do? In many circles the answers to that question will revolve around 1) the vote to continue ecclesiastical fellowship with the Gereformeerde Kerken in Nederland (GKN) in spite of the ringing endorsement of loving and faithful homosexual practice that the synod heard from the GKN fraternal delegate; 2) the “compromise” on women in office that allows every congregation to ordain women elders and every classis to ordain women ministers without changing the Church Order; 3) the decision to allow churches to have only one worship service on the Lord’s Day.

Delegates knew that these decisions were controversial. One rose near the end of synod and moved to reconsider the decision to allow the ordination of women without changing the Church Order. He said that he had a guilty conscience about not following the ordinary ratification. procedure for such an important change. He was voted down on a close vote. Another delegate said to me after synod had adjourned that I would go home with two buckets: one filled with water and one filled with gasoline. He urged me to use the one filled with water to put out the fires of unhappiness with the decisions of synod. I smiled somewhat weakly and said that this synod had given me two buckets, but they were both filled with gasoline.

These actions of synod, however, were not the most important result of Synod 1995. Most importantly Synod 1995 showed unmistakably that we are two churches trying to exist as one. You do not need to look only at the actions of the synod to reach this conclusion. You can just as well review the debate on the floor of synod. Both the discussion and the decisions of Synod 1995 show that the CRC is two churches.

One of the two churches in the CRC is Reformed. The other is a strange conglomeration of people who range from the well-meaning semi-Reformed to the liberal, from activists to intellectuals—united by undisciplined thinking and undisciplined actions.

The Reformed in the CRC are not united about everything. They have diversity of analysis and strategy among them. But they are united by the way in which they read the Scripture, by their confidence that the Scripture in its specific teaching is their guide in making decisions for the church, by their love for the Reformed heritage and by their determination that change should come from an organic development of that heritage, not by radical departure from it. They are far from perfect, but they pursue a disciplined line of thought and action for the church. 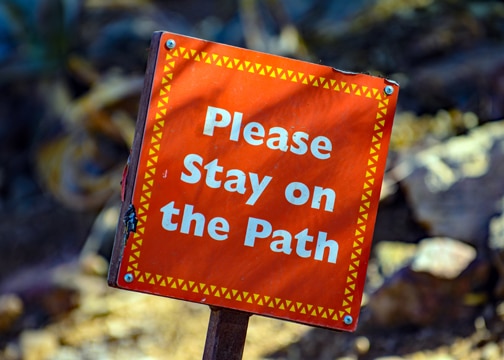 Another example can be seen in the decision on the GKN. The GKN has officially informed us that practicing homosexuals are welcomed in their churches as members and officebearers. They have also informed us that they will not discuss their position on homosexuality with us since such discussions would cause pain and worry to their homosexual members. Clearly the GKN has failed to discipline its members in matters of serious sin and by so doing runs the risk of being a false church according to Belgic Confession article 29. But the CRC cannot bring itself to take any further disciplinary action against the GKN. We maintain ecclesiastical fellowship with the GKN, a relationship historically reserved for the denominations with which we had the closest spiritual affinity.

A third example comes from the matter of women in ecclesiastical office. As one delegate insightfully commented to me, the real issue before synod was one of discipline. Would the synod discipline churches in Classis Grand Rapids East and elsewhere to maintain our Church Order or would the synod change our historic position to avoid discipline? The answer became clear. Even some who personally opposed women in office voted to change our position rather than face the task of discipline.

The lack of discipline was equally striking in the character of the debate that supported these actions. For example, the arguments for allowing churches to have only one service on the Lord’s Day were almost entirely pragmatic arguments about ethnic churches and distances some must drive to church. Now such concerns must be taken seriously, but only after deeper theological issues have been faced. Those in favor of one service said little or nothing about the sanctity of the Lord’s Day, the importance of preaching as the primary means of grace, or the need to build godly discipline in God’s people. They also did not reflect at all on the fact that the greatest assault on two services on the Lord’s Day comes from spiritually weak white people who would rather stay home on Sunday evening and watch TV.

The debate on the GKN was similarly undisciplined. The defense of continuing our relationship with the GKN was basically twofold. The first was purely sentimental: the GKN is our spiritual mother, our relatives were baptized in that church, and we are one ethnically. Such sentimental argument is not Reformed. The second line of defense was that we must go on talking to have any influence. This defense was not really reasonable in that the GKN has already informed us that they will not talk to us about the issue most troubling us. It also ignores the fact that discipline is an effective way to influence. (Ironically the same Interchurch Relations Committee that urged synod to continue relations with the GKN proudly pointed to how suspending relations with one of the South African churches had helped lead that church to renounce apartheid.)

The third example from the debate relates to women in office. The first undisciplined dimension to that debate was the repeated contention that the proposal was a compromise. The compromise was that the left in the church did not get everything that they wanted immediately. They did get the ordination of women to the eldership and ministry almost immediately, but they did not get it in every classes. In a myopic outlook many moderates seemed to be pleased with a compromise that would enable them to keep women officebearers out of their churches and classes for a time. But that time will be short at the classical and synodical level—a maximum of five years. But the chant should start almost immediately that it is unreformed to have two types of ministers and elders—those who can be delegated to classis and synod and those who cannot. And of course it is unreformed to have two types of ministers and elders. So this marvelous compromise is in effect a complete victory for the left. No future synod will be able to say no to women after the action of 1995. It was not compromise; it was carnage. The historic position of the church was abandoned for reasons that did not make sense.

During the synod we were privileged to hear the farewell address of the Rev. Aaron Kayayan, for many years the French-speaking broadcaster for the Back to God Hour. In his marvelous speech he commented that the greatest danger facing the church in its ministry today is “the death of reality.” By this phrase he means that for many modem people a belief in the reality of the objective world outside their subjective experience has disappeared. Many in the CRC are experiencing just that “death of reality.”

One young delegate said to me that this synod and the CRC were symbolically represented by two of the fraternal delegates who spoke to us. One of those delegates the one from the GKN—represents where the CRC is going: greater confusion, greater doctrinal and moral laxity, greater accommodation to this world, greater betrayal of the Savior.

The other fraternal delegate was from the Christelijke Gereformeerde Kerken in Nederland. These churches of the CGKN are the churches of the Afscheiding that did not join with the churches of the Doleantie. In a sense the CGKN is more our mother mother than the GKN since the CRC was really founded in 1857 by people from Afscheiding churches in the Netherlands. This delegate in his remarks represented where the CRC has been and where it ought to be. He spoke of the joy in his denomination when the news of the 1994 decision of the CRC was learned and of the sorrow and disappointment with which the action of 1995 will be received. He appealed to us to listen to the Scriptures and to the teaching of the Apostle Paul. He commented on the remark of the GKN fraternal delegate that the churches in the Netherlands must minister in a hostile, secular environment. He agreed with that observation and noted that the evils of humanism had caused great harm to Dutch society. But he went on to say that part of the reason for the rise of secularism in the Netherlands was the unfaithfulness of the churches. He said that the churches must be careful not to accommodate themselves to the world and must be faithful to the Lord and his Word. He reminded us that the Apostle Paul had labored in a society far more hostile to the gospel than anything we know, and had not compromised the Word of God.

As I listened to the fraternal delegate from the CGKN I felt that I had at last heard the Word of the Lord at Synod 1995. Faithful churches are what we need now more than ever. We need to act to ensure that our children and grandchildren will have Reformed churches like the CGKN to attend rather than churches like the GKN.

Our God is faithful and will preserve His elect in the church of His Son. Now is the time to pray together for a Reformed church. Now is the time to act as well. We need churches that will join together in a disciplined manner to maintain our Reformed heritage. We hope to see such a call fraction coming out of Classis California South this summer. Pray that such a call will come and that many classes and churches will respond so that the fruit of Synod 1995 will not just be undisciplined actions, but also a positive new discipline and faithfulness in our Reformed churches.

Dr. Godfrey, a contributing editor of this periodical, is Professor of Church History and President of Westminster Theological Seminary in Escondido, CA.