(This article is a reflection on that by Hartzell Spence, which appeared in the Feb. 26, 1952 issue of Look.)

50,000 errors in the New Testament! What a sensational statement. If the purpose of Hartzell Spence was to undermine faith in the reliability of the Word, he could hardly have chosen a better headline. He seems to imply that certain basic doctrines and practices of the Christian church rest upon insecure foundations; for example, baptism and the mission-task. He asks: “Did Jesus really say: Go ye into all the world and preach the Gospel?…He that believeth and is baptized shall be saved?” In this connection he fails to point out that anyone can find both the mission mandate and the command to baptize in the well-known words of Matthew 28:19: “Go ye therefore, and make disciples of all the nations, baptizing them into the name of the Father and of the Son and of the Holy Spirit.”

He makes the drastic statement: “A study of the New Testament now in progress indicates that much of it—including portions we think of as the very heart of the Bible—was inserted or changed over the centuries, either deliberately or by mistake.” Real scholarship, whether liberal or orthodox, would have hesitated to express itself in such a thoroughly misleading fashion.

The point we wish to make is this: the nearer we come to the originals the more the most widely recognized Greek text of the Gospels is verified by the manuscripts that are discovered from time to time. Thus, the very early Chester Beatty Papyri confirm the essential soundness and integrity of our existing texts 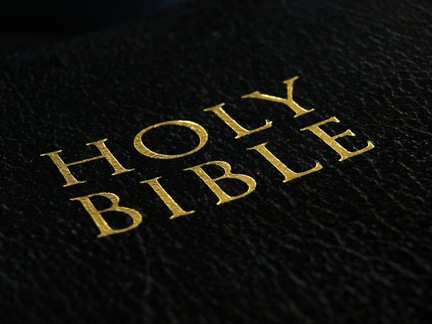 But what about those 50,000 errors which Spence mentions? Does he mean that the King James or Authorized Version of the New Testament leads the reader astray either in doctrine or morals 50,000 times? But that would be absurd. Or does he mean, perhaps, that the often more accurate American Standard Version contains 50,000 translation errors? Of course not! Certainly the author does not intend to convey the idea that the most recent edition of such an excellent Greek text as Nestle and Nestle Novum Testamentum Graece is wrong 50,000 times, does he? And if he does not believe any of these things, then why mention these 50,000 errors at all? Can he reasonably expect that the average reader will know that the author has reference to errors which really hardly matter. For example, mistakes as those which crept into handwritten copies of ancient manuscripts? In by far the most of these cases such errors are immediately obvious: nineteen-twentieths of these so-called variations have so little support that no one would think of considering them rival readings, and nineteen-twentieths of the remainder are so trivial that their rejection or adoption would cause no appreciable difference in the sense of the passage in which they occur. No one worries about such scribal errors: they are the work of men, not the Word of God! The best translations are based not on such defective copies but on the most carefully edited Greek text that is available.

Not a single scrap of evidence has been unearthed anywhere or at any time that could possibly disprove the position of orthodoxy; namely, that, as originally written by the inspired writers, Scripture is infallible. Moreover, the additional fact that the record has been faithfully transmitted receives corroboration whenever new and very early evidence turns up.

It is for this reason that Spence’s effort to prove his case fails so completely. Let us look at some of it.

With much of what he says concerning the story about the woman taken in adultery, John 8:1–11, we can agree. But does the fact that this very ancient account does not occur in the earliest Greek manuscripts of the Fourth Gospel mean that it is not true and therefore an error? On the contrary, we find in that story the same loving Savior who is depicted everywhere else in the Gospels. We believe that it actually occurred. It has not been disproved. Moreover, Papias, a disciple of the Apostle John, already expounded it.

The author tells us that Mark 16, from verse 9 to the end, is unauthentic. He also states that the eighth verse ends in the middle of a sentence with these words: “And they went out quickly and ran away, for they were afraid of…” But this is not true. The sentence ends with: “… for they were afraid.” There are scholars who think that Mark’s Gospel actually ended here. On the other hand, it has not been proved that verses 9 and following are unauthentic. These verses present a problem either way, whether one rejects them or accepts them. And honest scholarship will grant that much, but will not make any sensational statements!

When the author asserts that “the weight of evidence also raises doubts as to the benediction at the end of Paul’s letter to the Romans,” he is surely overstating the case. The plain and simple fact is that the weight of textual evidence favors the retention of this doxology, for it has the support of the best and most ancient codices. Even the third century papyrus, to which the author refers, contains these glorious words. The real problem—though, perhaps, not so very difficult—is of an entirely different character.

Again we are told: “Another discrepancy on which much Christian doctrine is based concerns the Holy Trinity.” Spence then refers to 1 John 5:7, which in the Authorized Version reads: “For there are three that bear record in heaven the Father, the Word, and the Holy Ghost: and these three are one.” But surely the doctrine of the Trinity does not need the support of this passage. That doctrine is based on all of New Testament revelation; see especially II Cor. 13:14; Eph. 3:14–16; 4:4:6; Rev. 1:4, 5. Accordingly, the question whether I John 5:7, as printed in the Authorized Version is authentic, is of very little significance. Besides, the intelligent Bible-student certainly does not confine himself to the Version of 1611. He has known for a long time that there are passages where the American Standard Version rests on a better original. This happens to be the case here. Hence, these words are omitted from every better translation. It does not require any “modern scholarship” to inform us about this well-known fact.

The Reliability of Scripture

The Bible, as it has come down to us, can weather such attacks as that by Mr. Spence. Its reliable nature stands out all the more clearly when the facts are carefully examined. Moreover, every wise conservative will welcome the honest efforts of Textual Criticism to establish in each instance the best text. It is definitely not true that even a singIe Church-doctrine has been upset “by anything that has been brought to light so far, whether by archeologists, textual critics, or linguists. These evidences confirm; they cannot refute scripture. Let us not strive to set people on edge by means of sensational headlines. Let us publish the full truth.