Many young men recently graduated from seminary and are awaiting a call. How many of them, do you suppose, want to be removed from their ministry by means of discipline or because they cannot get along with their elders and congregations? I dare say that the answer would be: none of them.

Of course not. Nobody goes into the ministry with the idea that one day he will be forcibly removed from that office. And yet it happens. It happens a lot—more often than we care to admit.

This series of articles is being written not to point fingers or to open up old wounds. It is written for young men who are looking forward to the ministry. It is written to caution those entering ministry by pointing out some of the easiest mistakes into which we ministers can fall. Believe me, brothers, ministry is the most gratifying, exciting, and rewarding calling a person can receive. But there are also dangers. The devil does not leave you alone simply because you wear a clerical collar. In fact, he attacks you all the harder because if he can get you to fall, your entire congregation will be affected. 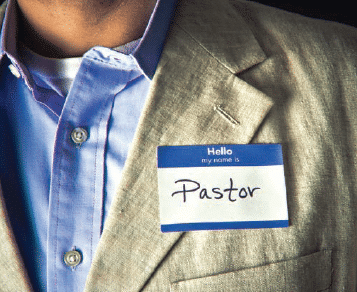 In my almost thirty years of ministry I have observed several ministers being removed from office. Three of them were very good friends; several were classmates. As a church visitor, I have been involved with the removal of six ministers from their congregations in the last dozen years. I have gotten to know some elders from other churches better than my own. I have seen them angry. I have seen them cry. Most of all, I have seen that they have a love for the church of Jesus Christ. Removing a minister from office is a gut-wrenching task. It is not a task anyone enjoys.

There are two options for removing a minister from office in the URCNA. I am sure that in whatever denomination or federation you become a minister, they have something similar to these two options

The first is Article 11 in our Church Order. It deals with the dissolving of the pastoral relationship between the pastor and the congregation for non-disciplinary reasons. Non-disciplinary reasons. That is an incredibly difficult call to make! Unfortunately, I see this article as the one that is used when the congregation wants a new minister. They just get tired of each other and it’s time to move on. I know there is more to it than that, but I have never been known to beat around the bush. As one church visitor put it, there’s a whole lot of little issues that add up to one big problem. What a sad thing! What a pathetic thing. As far as I know, no minister in the URC who has been released from his congregation by means of Article 11 has ever received a call to another URC church. It is the kiss of death for the minister.

Article 61 is used when there is a disciplinary problem. In this case, the minister should not be in the ministry because of gross sins committed. According to Article 62, this includes “false doctrine and heresy, public schism, public blasphemy, simony, faithless desertion of office or intrusion upon that of another, perjury, adultery, fornication, theft, acts of violence, brawling, filthy lucre.” In other words, he has abused his office and used it as a means either to carry out his false teachings or to fulfill his wicked desire. I have dealt with both of these articles as a church visitor, and, believe me, both are devastating to the minister, his family, and to the congregation. It tears apart families and churches.

So, how do you avoid them? How do you make your ministry one in which these two articles will never take place? Move every four years? That’s one solution, I suppose. That way you are never anywhere long enough to get into trouble.

I read a magazine article years ago that gave a report on the effectiveness of ministers. It stated that ministers are most effective in their congregations after they have been there for seven years. That only makes sense. After seven years you have married or buried someone in almost every family in your congregation. In other words, you have been involved in some major emotional aspect of every member’s life. You have rejoiced with them when they rejoiced, and you have wept with them when they wept. And, I would add, after seven years you finally know how they are all related to one another.

So, we are most effective after seven years. The same article also said the average stay of a minister is four and a half years. What that means is that we are never effective.

You could do that. You could move every five to six years. Some ministers do. Granted, if that were your policy, you would have to write only five or six hundred sermons, but it sets you up for failure. After all, you won’t get too involved with the people where God has currently called you if you are already planning on moving on.

I know one minister who starts looking for another church after being somewhere for four years. He doesn’t know this, but his elders and his congregation are well aware of his policy. They even start talking to other ministers long before he has a call. Somehow, that doesn’t seem like a good solution. Not to mention that it is awkward for the other ministers with whom the elders start dialoguing. The problem with doing this is that it creates an escape mechanism within the church and within the minister. We have developed a concept within the church that if you have a problem, you move on. As a result, the problem is never dealt with by the minister or by the church. Instead, if the problem is within the congregation, the next minister has to deal with it; or if the problem is in the minister, the next church has to deal with it. Either way, the issue never gets resolved.

I remember one small church where a problem developed that led to four families, all related, leaving the church. It greatly affected the church with everyone taking sides: the families were wrong; the elders were wrong; and, of course, it was all the minister’s fault. It was a difficult time, to say the least. Right in the middle of it all the minister received a call to another church. Of course he was going to accept the call! What better way to get out from under a problem than to run away from it? I still remember it as clearly as if it were yesterday. I received a call from an elder telling me that the minister had declined the call.

He stayed there for another two years.

During those two years a young person was diagnosed with cancer; four parishioners were involved in a very serious car accident; he counseled a couple who were considering divorce and by God’s grace stayed together. A lot of ministry took place, and through that ministry healing was brought to the congregation.

When the minister received a call to another church, he told me that he didn’t feel as if he was running away from a problem. By God’s grace he had helped bring closure to the problem and was now free to serve God elsewhere. He tells me that to this day, when an elder or former elder from that church stops in to visit him, he always brings up that incident and says, “Thank you for seeing us through it and not taking off in the middle of it.”

We all have met ministers who have gone through difficult times and come out better for it. But, no doubt, we have also met former ministers who could not escape the temptations the devil set before them. I tend to learn better from the latter, negative examples more than anything else. I like to think that over the years I have observed a few things. I have come back from visits as a church visitor and asked my elders, “Do I do that?”

The title of this series of articles, “The Trouble with Ministers,” is to point out how to avoid some of the pitfalls that ministers can fall into very easily. I write this hesitantly because I am not an expert. The next article will deal with problems that lead to an Article 61—leaving the ministry because of disciplinary reasons. Being deposed from ministry. Something nobody wants, and yet something we set ourselves up for all too often.

1. Anytime there is a problem in the church, it is always the minister’s fault. I wish I were smart enough to think up half the things I have been accused of. One elder once put it very nicely: “Lightning always strikes at the top.”

2. I’m not an expert at avoiding trouble. Getting into trouble has never been a problem.