The revelation of God as three distinct persons is one of the deepest commitments of the Gospel of John. Practically speaking, it means that when the apostles stood face to face with Jesus Christ, they knew that they were in the very presence of the ultimate reality, God Himself. The position of Thomas regarding Jesus became the confession of the catholic and apostolic church of the patristic era: “My Lord and my God” (John 20:28).

Following the period of imperial persecution and its termination with the elevation of Constantine to power, there arose the attack of Arius upon the very heart of the Christian faith. Theodoret identified him as one of the “fit instruments” used by the devil “for the execution of his designs” (Ecclesiastical History I.1). For Arius, the Son was merely a highly exalted creature, “made out of nothing” and who “had an origin of creation” (Thalia, as quoted by Athanasius, Against the Arians, Discourse I.5). “The Word,” he maintained, “is not the very God” (Ibid., Discourse I.6)). His position was fundamentally that of tritheism—affirming that there are three different Gods, to whom adoration ought to be given. “The Father and the Son and the Holy Ghost,” he said, “are separate in nature … utterly unlike from each other in essence and glory” (Ibid.).

Tritheism, however, is not the position of John’s Gospel. John is no less monotheistic than the Old Testament with its dominant teaching that Jahweh alone is God (Isaiah 44:6–8). What John presents is far from a crude tritheism, a mere variation of the rampant polytheism of the Greek-speaking world of antiquity (I Corinthians 8:4–6). The apostle rather teaches a sophisticated doctrine of monotheism. And since this Gospel is divine revelation, we must recognize that here we have nothing less than the affirmations of God concerning Himself. Surely it is rational to take to heart the exhortation of Hilary of Poitiers: “Let us assume that God has full knowledge of Himself, and bow with humble reverence to His words” (On the Trinity I.18).

One Font of Divinity

How can it be that God is three distinct persons, and yet one divine being? John answers this question by presenting three considerations. In the first place, he suggests—at least in seed form— that there is one fountain of divinity. He identifies the Christ as the only begotten Son of the Father (John 3:16) and the Spirit as He who proceeds from the Father (John 15:26). Clearly, begetting and procession—as eternally occurring—convey the idea of derivation. The question then arises: What is derived? The patristic church in contemplating this profound question would answer: Such language refers to the derivation of existence and attributes. John of Damascus put it this way: “Because of the Father’s existence, the Son and the Spirit exist, and … because of the Father having the qualities, the Son and the Spirit have all their qualities” (An Exact Exposition of the Orthodox Faith I.VIII). Thus, John affirms that there is one source of divinity—the Father, who eternally begets and emits two divine persons (the only-begotten Son and the breathed-out Spirit). 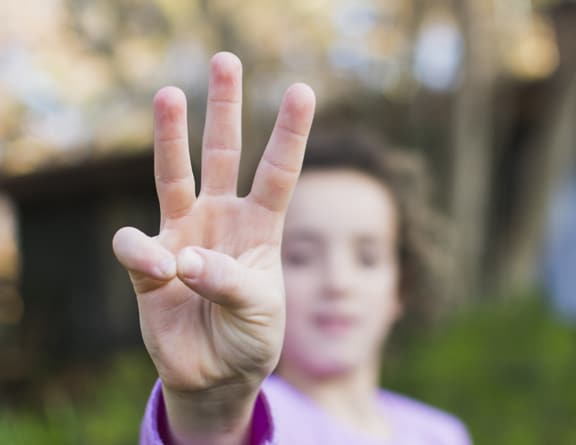 Finally, John assumes with Paul that God has a divine nature, and that it belongs to the Father, the Son, and the Holy Spirit. While Paul explicitly refers to the existence of the divine nature (theiotis) to which creation itself bears witness (Romans 1:20), John calls attention to Jesus’ teaching which so infuriated the Jews—that this one divine nature is to be found both in the Father and in the Son, with Christ affirming that He Himself was that very Son of God (John 10:30-36). The unbelieving Jews rightly understood the declaration of Jesus: “I and the Father are one” (John 10:30). Jesus here claimed that the divine nature that belonged to the Father likewise belonged to Himself—although the Father and the Son were distinct persons, they were one in terms of the divine nature that each one equally possessed. Paul later reiterated the exact same position: “For in Him all the fullness of deity (theotes) dwells in bodily form” (Colossians 2:9). The Trinitarian thought of John Calvin appreciated these perspectives. In the Institutes, he wrote, “The essence of the one God is simple and undivided, and … it belongs to the Father, the Son, and the Spirit.” He added that “if we hold fast” to this position, “the gate will be closed … to Arius” (I.13.22).

Belief in the Word

There are but two responses of the human mind to the revelation of the Trinity in the Gospel of John—faith or unbelief. Mystery pervades the teaching of Jesus, and unfortunately it often met with the response of the grumbling of unbelief. Following the feeding of the five thousand, Jesus called attention to Himself. He declared, “I am the bread of life” (John 6:35). As a result, “the Jews were grumbling about Him” (John 6:41). He then introduced the subject of the sacramental mystery. He promised, “He who eats my flesh and drinks my blood has eternal life” (John 6:54). As a result, “his disciples grumbled at this” (John 6:61). He then asserted the bondage of the human will and the necessity of prior electing grace: “No one can come to me unless it has been granted him from the Father” (John 6:65). “As a result of this many of His disciples withdrew and were not walking with Him anymore” (John 6:66). Jesus then asked the Twelve if they too would go away. The response of Peter is highly instructive. In the broadest sense, Peter recognized the ultimate value of the totality of Jesus’ teaching: “You have the words of eternal life” (John 6:68). But the ultimate reason for their allegiance—and our commitment as well—is based upon the recognition of who Jesus really is, the ultimate reality, God himself. The church, with Peter, has always affirmed concerning Jesus: “We have believed and have come to know that you are the Holy One of God” (John 6:69).