In this article we will consider the announcement of the tenth plague, and how God’s word ultimately determined what happened in Egypt. This passage is framed around Pharaoh’s declaration to Moses, and Jehovah’s response to Pharaoh through Moses. In a nutshell this passage is about whose word will prevail: Pharaoh’s word or Jehovah’s word.

This was the last time that Moses would appear before Pharaoh. Pharaoh had declared that if Moses appeared before him again he would die. But Pharaoh would not have the last word, Jehovah spoke one more time through His servant Moses. Jehovah told Pharaoh that there would be one more plague. In addition, following this last plague, Pharaoh’s officials would appear before Moses, they would bow down before him and they beg Moses to leave Egypt. This set up the contest between Pharaoh and Jehovah, and whose word will prevail. Who was the true sovereign of Egypt, Pharaoh and the false gods of Egypt or Jehovah?

It is not until Exodus 11:8 that we read “Then Moses, hot with anger, left Pharaoh.” Up to this point Moses had been before Pharaoh. As a result, Moses received a prophetic message from Jehovah while he was still standing in the presence of Pharaoh.

The message that Moses received from Jehovah was a response to Pharaoh’s declaration. Pharaoh had just declared “Get out of my sight! Make sure you do not appear before me again! The day you see my face you will die.” While Moses never appeared before Pharaoh again, it did not prevent Jehovah from saying what needed to be said. It would not prevent Jehovah from executing His judicial plan against Pharaoh. Jehovah responded while Moses was still standing before Pharaoh. Another appearance was not needed. Pharaoh was unsuccessful in his attempt to silence Jehovah and His prophet.

Pharaoh was trying to avoid any further plagues by silencing Moses. In the ancient world, it was thought that if you could silence God’s prophet, then God would no longer be able to execute His plan. This is one of the reasons why Israel killed the prophets of God. They falsely believed that if they killed God’s mouthpiece, the prophet, then they could circumvent God’s judgment.

Jehovah Is Not Silenced

Jehovah told Moses what was about to take place: “I will bring one more plague on Pharaoh and on Egypt. After that, he will let you go from here; and when he does, he will drive you out completely. Tell the people that men and women alike are to ask their neighbors for articles of silver and gold.’” Notice the amount of detail and the confidence of this statement.

The very man that had forbidden Moses to appear before him would soon drive Moses and the people that followed him out of Egypt. It gets even worse for Pharaoh: his own people including his officials would become favorably disposed toward Moses. Clearly, Jehovah ruled over the hearts of the Egyptians, Pharaoh’s officials, and Pharaoh’s own heart. Not only was Pharaoh not in control of the situation, but he was unable to rule over his own heart.

The means whereby God would accomplish this was through the tenth plague. The tenth plague, and for that matter all the plagues, were the result of God’s word. In verse 4 Moses spoke using the divine formula, “Thus says Jehovah.” Jehovah had put His word in the mouth of His prophet. Moses spoke for Jehovah in the first person. God says, “I am going out” through Egypt. God will go out through Egypt, and He will bring His people with Him.

Anubis, the Egyptian god of the dead, and the embalming god, was personified as a dog. The impotence of Anubis is emphasized by the fact that even the firstborn among the animals will die, yet not a dog among the Hebrews will bark.

If you live around a lot of dogs you know that it is common for dogs to bark at night, yet not a single dog will bark among the Hebrews. This is a picture of peace and tranquility! Contrast it with the worst judgment Egypt could ever experience. The type of quiet, depicted by the silencing of the dogs, is a picture of comfort. It is a picture of God’s salvation. In contrast, the death of the firstborn is a picture of judgment. 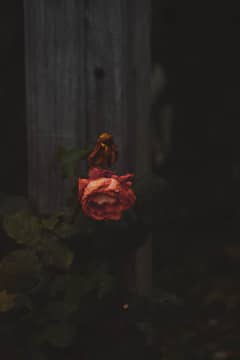 The death of the firstborn is a picture of the final judgment that will take place at the end of this age. In the final judgment, ungodly men and women will be confronted with the awesome presence of God and His justice. They will be doomed for eternity, whereby they are always dying but never annihilated. The type of misery associated with the final judgment is a misery that is worse than anything we can imagine. In contrast, the type of peace, fulfillment, and comfort associated with God’s salvation is fuller and more satisfying than what we can fully comprehend. Not even a dog will bark. No strangers will be lurking around under the cover of dark, causing your dog to bark. The image is one of peace, and security.

The final plague would result in a great cry throughout the land of Egypt. This great cry was characterized by a plea for help. Egypt would cry out to their gods for help, but their gods will remain silent. The same verb used to describe the Egyptians cry for help is used to express the Hebrews call for help when they called on Jehovah (2:24). Jehovah heard the call of His people, but the false gods of Egypt were silent and powerless.

God’s sovereign work was accentuated by the fact that Pharaoh’s officials would appear before Moses “bowing down before him and saying ‘Go, you and all the people who follow you!” Instead of Moses appearing before Pharaoh, Pharaoh’s officials appeared before Moses, assuming a posture of humility and defeat. By bowing down before Moses and pleading with him to leave Egypt, with all the Hebrews, their livestock and the wealth of Egypt, Pharaoh and his officials were acknowledging the awesome power of Jehovah. This picture symbolizes the completeness of God’s salvation, and His defeat of His enemies. When God saves He doesn’t do it half way; He saves His people in a way that surpasses their expectations.

God rules and sustains all of creation by the power of His word, and His Spirit. The question we need to ask ourselves is a question of faith. When there is a conflict between what you intuitively think is true and what God’s word says, in whose word do you trust? Where do you find comfort? Do you ultimately trust in God’s word or do you ultimately trust in some other word?

It is ironic that the Egyptians would cry out to their gods when their gods had failed to save them at every point in the conflict. Not even once did the false gods of Egypt thwart one of the ten plagues. Although Moses and the Hebrews were respected and viewed favorably by this time in the conflict, the Egyptians still refused to acknowledge Jehovah as the one true God. They failed to call upon Jehovah for salvation. Instead of calling upon the one true God, they continued in their folly. This illustrates that apart from God’s sovereign mercy all men remain steeped in their ignorance.

Consider the words of Jesus:

Jesus taught with authority, because He was the self-revelation of God; He was the Word incarnate. According to Jesus there is only one foundation to build upon: it is the word of God. A time is coming when the storms of life will test what you are building upon. Are you building your life upon God’s word with Jesus Christ being central to who you are, or is your life built upon some other foundation?

When king David was fleeing for his life, because his son Absalom had organized a coup, and was trying to kill his father, David cried out to God.

“O LORD, how many are my foes! How many rise up against me! Many are saying of me, “God will not deliver him.” But you are a shield around me, O LORD; you bestow glory on me and lift up my head. To the LORD I cry aloud, and he answers me from his holy hill. I lie down and sleep; I wake again, because the LORD sustains me. I will not fear the tens of thousands drawn up against me on every side. Arise, O LORD! Deliver me, O my God! Strike all my enemies on the jaw; break the teeth of the wicked. From the LORD comes deliverance. May your blessing be on your people.” (Psalm 3:1–8).

David understood that salvation comes from the Lord. Even when his son had become his archenemy, he cried out to the Lord in prayer. David prayed that God might bless His people. Does God’s word frame your thinking about life, your own identity, the world, your struggles? Do you look to Christ alone for your salvation, or do you look to Christ plus your own works?

Rev. Mark Stromberg is the pastor of the United Reformed Church in Belgrade, Montana.