We were greatly heartened by a number of decisions taken by the 1958 Synod of the Christian Reformed Church. We wish to mention two of them in this article. The one pertains to the issue of Christian Boys’ Clubs versus Boy Scouts. Three overtures were sent to Synod on the matter. Synod was asked for a more definite pronouncement regarding the undesirability of Boy Scout organizations in our churches, especially in view of “the growing agitation for affiliation with the Boy Scout movement” and made certain suggestions for the strengthening of the Boys’ Clubs organizations in our churches.

Regarding the Boy Scouts, the Synod of 1951 merely “discouraged” membership in this organization. The Synod of 1958 confirmed that decision, also repeating the ground that “Membership in this organization involves us in corporate responsibility for an organization whose program is based upon a philosophy evidently that of the Modernist, and which is basically inadequate and lacks the fundamental elements of Christianity.” But Synod went further and added the significant article:

“Synod expresses its regret that some of our churches have allowed their boys to organize troops affiliated with the Boy Scouts of America, contrary to the advice of Synod of 1951, and Synod urges our churches to implement the decisions of 1951 in regard to the Calvinist Cadet Corps” (the official name of Our Boys’ Club organizations-K).

We may now expect those few churches which have permitted the organization of Boy Scout troops to instruct these troops to disband and to reorganize as Boys’ Clubs, if these consistories have not already done so. Moreover, our churches, generally speaking, should put forth special effort to foster and strengthen the Calvinist Cadet Corps. This movement has enjoyed encouraging growth especially during the past two or three years. Over 100 clubs are already in operation. These clubs can do much, under proper leadership, to help counteract the formation of lawless gangs among our young people in rural and urban communities. Sorry to say, this serious manifestation of juvenile and parental delinquency is making itself felt to at least some degree even among our own covenant youth. 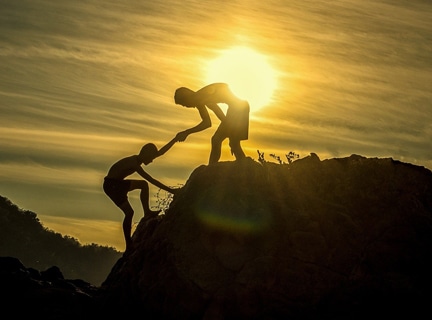 The other decision which greatly encouraged us was the one which recorded Synod’s reaction to a protest by a member of one of our churches on the West coast against its affiliation with a local Council of Churches of which liberals as well as conservatives were members. The protest was formally against the decision of Classis California which upheld the affiliation of the Alameda Church with the Council in question. Classis defended the action of this church on the grounds that the Council concerned has been “an effective channel for the Alameda Church to extend its services and witness in the community, and that the consistory and congregation have unequivocally dissociated themselves from any activity of the Council not in keeping with the Reformed faith.”

Synod decided as follows, in sustaining the protest of Mr. Oren:

“Although recognizing with appreciation the evangelistic zeal which motivated the Alameda Church in joining the Alameda Council initially, Synod declares that it does not approve of any consistory or congregation of our Church identifying itself by membership with any local council or agency of the National Council of Churches or a similar organization which included ‘churches’ that deny the orthodox faith and Scriptural teaching.

“1. Scripture forbids such association with unbelievers and with those who preach another gospel (cf. II Corinthians 6:14–18 and Galatians 1:8–9).

“Synod has taken a position against membership in the National Council—after initially joining it also for reasons of gaining opportunities for service—on the ground that:

“a. Ecclesiastical alliances of any kind between orthodox and liberals are contrary to God’s Word.

“b. Liberalism is strongly in evidence in the Federal (now National) Council.

“Synod declares this to be its answer to the entire appeal of Mr. Oren.”

These are plain, uncompromising words for which we should be very thankful. There can be no uncertainty regarding the judgment of Scripture about the evil of fraternizing with organizations which deny, or whose members deny, the basic truths of Scripture. Synod could have mentioned other Scripture passages besides the two it mentioned in support of its position—for example, II John: 10: “If any man cometh unto you, and bringeth not this teaching, receive him not into your house, and give him no greeting; for he that giveth him greeting partaketh in his evil works.”

The principle to which Synod appealed also condemns all personal affiliation of our ministers with Ministers’ Associations of which liberals are members, whether as a majority or a minority, and all participation in union services, as on Good Friday, in which liberal as well as evangelical ministers take part. Such participation implies that we regard them as brothers in Christ; but to acknowledge them as such is to extend the hand of fellowship to those whom Christ disowns, no matter how friendly or tolerant they maybe toward their orthodox colleagues.