“What shall I render to the Lord for all His benefits to me? I will take up the cup of salvation and call on the name of the Lord.” Psalm 116:12, 13

Words are used daily to express the deepest feelings of our souls. We seek very early in life to teach our children to say “Thank you” so that their gratitude for gifts given and favors received might be made known.

There are however times when words fail us as we attempt to express our gratitude. The Psalmist found himself in such a situation. David had gone through a period of deep distress and great danger. His son Absalom had been the leader of a rebellion against him. David’s safety had been imperiled. In fact he had come close to losing his life. He declares, “The pains of death surrounded me, and the pangs of Sheol laid hold of me, I found trouble and sorrow.” In that situation he had turned to the Lord and sought mercy. The Lord had heard and had granted him deliverance. His life had been spared. Now he wants to express his gratitude. But how shall he do it? And so he asks, “What shall I render to the Lord for all His benefits toward me?”

Words were totally inadequate to express the thankfulness which David felt for all that God had done for him. Nor could he think of any gift which would convey the gratitude he felt for his deliverance. After all, the one to whom he was indebted “owns the cattle on a thousand hills and the wealth in every mine.”

Is there then no way in which he can say “Thanks”? The Psalmist provides the answer to his own question for he says, “I will take up the cup of salvation and call upon the name of the Lord.” Because David had nothing to give as his expression of thankfulness he would instead take. He had asked what he could give and then he answered that he would take from the one to whom he wanted to give.

Isn’t there a contradiction here? Not really, David realizes that in taking he will be showing true gratitude. That is not so hard to understand, is it? As we who live in the United States celebrate Thanksgiving Day many if not most of us will be sitting down at tables ladened with delicious food on which many hours have been spent in preparation. The one(s) who prepared the food will be greatly gratified if we partake heartily of that on which so much effort has been expended in preparation. So too our God is glorified and His love acknowledged when we in humble faith accept the gift of salvation by placing our trust wholly and completely in the Savior “who knowing no sin was made to be sin on our behalf that we might become the righteousness of God in Him.” (II Corinthians 5:21). So in taking we say “Thanks”. 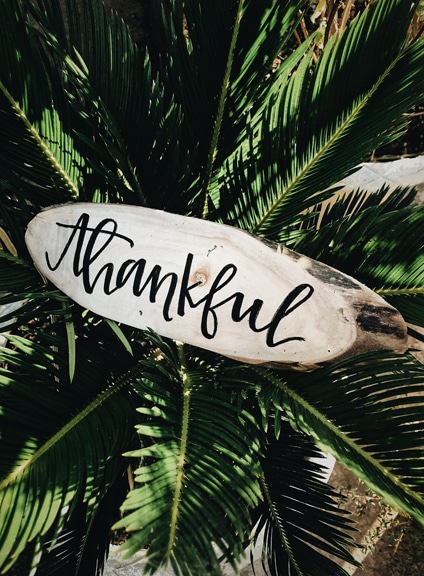 Having experienced the blessing of salvation we acknowledge our continued dependence upon the God who has saved us. When we give our thanks to an earthly benefactor we often express the hope that we will not have to look to them for help again. Such would not please our God. A recognition of our daily dependence upon the Lord for His grace and His mercy and the daily supply of all our needs brings honor to our God. The Psalmist knew this and so he says he will “call upon the name of the Lord.” Even as we express our thanks for blessings received in the past we must look for help now and in the future. That is the spirit of true thanksgiving.

What shall I render to the Lord For all His benefits to me? How shall my soul, by grace restored? Give worthy thanks, O Lord to Thee? Salvation’s cup of blessing now I take and call upon God’s name Before His saints I pay my vow And here my gratitude proclaim Psalter Hymnal 230:1&2

Rev. Art Besteman is an emeritus pastor at Bethany URC in Wyoming, Michigan.