Once more Moses went to Pharaoh to demand that Pharaoh release Jehovah’s people so that they may serve Him in the wilderness. This demand came with the threat of a second plague. “And Jehovah said to Moses, Come to Pharaoh and you shall say to him, ‘Thus says Jehovah, Send out my people that they may serve me. But if you refuse to send them out, behold I will plague all your territory with frogs.” There is no ambiguity in the demand or the threat. The conflict is clearly between Jehovah and Pharaoh. To whom do the Hebrew people belong and whom will they serve, Pharaoh or Jehovah?

The Multiplication of the Frogs

We should never think that the plagues were without thought or design. God is a God of design. He chose each of the plagues for specific reasons. This plague, like the previous one, appears to be part of a contest to establish who was the true God. The Egyptians regarded the frog as a symbol of divine power and as a symbol of fertility. One of the major goddesses of Egypt was Hekhet, who is depicted as a human female with a frog’s head. She was the spouse of the creator-god Khumn. The Egyptians believed that Khumn fashioned human bodies on his potter’s wheel, and Hekhet was responsible for breathing the breath of life into the lifeless bodies that Khumn had formed. 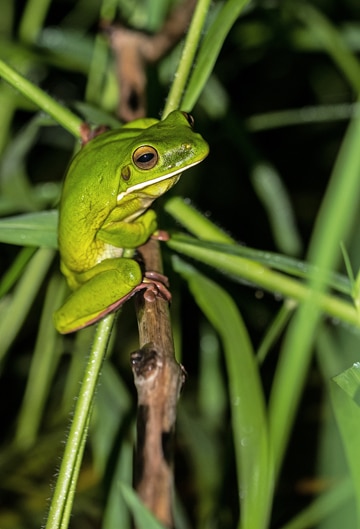 The significance of the second plague is further expressed in verse 3 by the use of the word “teem.” “The Nile will teem with frogs.”

This is the same word used in Genesis chapter 1: “And God said, ‘Let the water teem with living creatures, and let birds fly above the earth across the expanse of the sky.” The immensity and the intensity of the second plague is stressed by the use of the same language that God used to describe the original act of creation. In the Hebrew the verb means to swarm over the earth.

Following the Genesis flood, God used the same verb when He commanded the animals to multiply and to cover the earth. “Bring out every kind of living creature that is with you— the birds, the animals, and all the creatures that move along the ground— so they can multiply on the earth and be fruitful and increase in number upon it.”

This is the same verb used in Exodus 1:7 to describe the multiplication of the Hebrews in Egypt. In spite of Pharaoh’s severe oppression, the Hebrews continued to multiply according to the original creation mandate. They were multiplying and covering the land to the point that Pharaoh felt threatened by their presence.

In the first and the second plagues, we see how God is turning creation against Pharaoh. In the original pattern of creation humanity had dominion over the animals. “God blessed man and said to them, “Be fruitful and increase in number; fill the earth and subdue it. Rule over the fish of the sea and the birds of the air and over every living creature that moves on the ground.” Now with the second plague the frogs would fill the earth and subdue it; they would fill all of Egypt.

“They will come up into your palace and your bedroom and onto your bed, into the houses of your officials and on your people, and into your ovens and kneading troughs. The frogs will go up on you and your people and all your officials.” The invasion of frogs would affect all three levels of Egyptian society – the king, his people and his servants.

The point that the author of Exodus is making verifies that all Egypt would be subject to the consequences of the plague. By making reference to the king’s palace, his bedroom, his bed, and all the houses of his officials, even their ovens, their kneading troughs, he makes the point that God has reversed the order of creation. The frogs will exercise dominion over the people, from the king to the least, including the servants. All the land will be filled and overrun with frogs. Three different spheres will be the source of the frogs. The rivers, the waterways, and the reservoirs will overflow with frogs. All the water sources of Egypt were struck by the plague.

What makes this miracle even more astounding is the fact that it falls on the heels of the first plague whereby the waters of Egypt had turned to blood. The turning of the waters into blood had most likely caused all the fish and much of the marine life to die. Although the waters were unable to support life, the same waters had become a place of supernatural regeneration of frogs. The multiplication of frogs had to do with the fact that God had supernaturally decreed this plague. Most often God uses natural means to govern creation, but this act should be viewed like the original act of creation whereby God spoke the material world into existence by the sheer power of His word. Likewise, the reversal of creation that took place through the second plague appears to be the result of a decree apart from any secondary means. I make this point because many scholars try to explain the plagues as natural occurrences that took place in nature. Personally, I find their explanations to be less than satisfying; they take too much liberty with the biblical text.

Aaron did as God commanded, and God brought forth frogs out of the waters of Egypt. The same waters that had suffered from the first plague produced an overwhelming number of frogs. The frogs multiplied so greatly that they covered all the land of Egypt. But the magicians did the same with their secret arts. They imitated the miracle.

The magicians of Egypt, however, were unable to reverse the plague that God had imposed upon Egypt. Pharaoh received no relief from his magicians. The gods that he served were powerless to save him from the judgment of Jehovah. As a result “Pharaoh called for Moses and Aaron, and he said, ‘Pray to Jehovah that He might remove the frogs from me and from my people. And I will send out the people that they might sacrifice to Jehovah.”

It was not that long ago that Pharaoh claimed that he did not know Jehovah. How things have changed. Now he is asking for Moses and requesting that Moses pray to Jehovah in his behalf. This request comes with the agreement that Pharaoh will allow the Hebrews to go so that they might worship Jehovah.

Moses makes a curious response to Pharaoh’s request. “I give you the honor of deciding when I should pray for you and for your servants.” What Moses seems to be saying is, ‘I trust in my God to the point that I will give you the advantage. In other words, Moses is giving Pharaoh the choice as to the time when the frogs will be removed from the land. Pharaoh makes an unreasonable request. He wants all the frogs which cover the land of Egypt to be removed by tomorrow. The king’s demand would require a miraculous response. But Moses answers by saying it will happen in one day so that Pharaoh will know that Jehovah is sovereign over Egypt and all of creation.

After Moses had left the presence of Pharaoh he cried out to the Lord. It was important that Jehovah answer the prayer of Moses, because Moses had spoken in God’s name. God’s reputation would be at stake if He failed to answer the request of His prophet Moses.

First, the Egyptians had to expend a great deal of effort to deal with the remains of the all the dead frogs. The Hebrew text emphasizes the amount of work involved in dealing with the dead frogs. “And they heaped them up, heaps, heaps.” The repetition of the noun “heaps” makes this point. Imagine a land the size of Egypt littered with dead frogs.

But Pharaoh saw that there was relief, and he hardened his heart. And he did not listen to them as Jehovah had said. Once the plague had passed, we see the true character of Pharaoh revealed once more.

By way of application, the second plague is repeated and intensified in the book of Revelation, where we read, “And I saw coming out of the mouth of the dragon and out of the mouth of the beast and out of the mouth of the false prophet, three unclean spirits like frogs; for they are spirits of demons, performing signs, which go out to the kings of the whole world, to gather them together for the war of the great day of the God, the Almighty” (Revelation 16:13–14). In a dramatic reversal of the exodus account, the frogs here are produced by the evil ones to do battle against God and His people. These frogs were not mere animals, they are symbols of evil, unclean spirits.

In this passage, the kings of the world are described as being under the influence of evil frog-like spirits. We see the hostility of the world is directed toward Jesus Christ and His church. When men are given over to evil, creation is reversed. Men become less like the image of the God that they were originally created in. This is a description of the time leading up to the Second Coming of Christ and the final judgment. Just as Pharaoh was judged, in the coming of our Lord the world will be judged. As the original creation is undone, a new creation will emerge. The judgment of Egypt through the ten plagues and the emerging of Israel as a new creation foreshadow the coming judgment of the seed of the serpent and the appearing of the new heavens and the new earth.

There are two competing visions for the church. One vision teaches that we are a people called out of darkness, we live as stranger and aliens in this world. The other vision is centered on this world. It teaches us that we must change this world, and make it a better place. Historically, this vision is most fully developed in what theologians call the social gospel. The social gospel teaches us that the greatest virtue is our service to humanity by transforming the world.

I ask you, which vision is most compatible with the Bible? Did God transform Egypt, making Egypt a place for His people, or did God call His people out of Egypt and judge Egypt? Likewise, at the end of time the world is described as a place where evil spirits will influence the kings of the earth.

Do not fear, because Jesus has promised that He will save everyone that the Father has given to Him. “And this is the will of Him who sent me, that I shall lose none of all that He has given me, but raise them up at the last day. For my Father’s will is that everyone who looks to the Son and believes in Him shall have eternal life, and I will raise him up at the last day” (John 6:39–40). Not even one will be lost.