An address given at Golspie, Sutherland, on August 12, 1953, and subsequently published — expanded at certain points and abbreviated at others — by the Lord’s Day Observance Society, London.

The questions relating to the weekly day of rest and worship are of perennial interest and concern. The circumstances in connection with which these questions arise differ from generation to generation, from family to family, and from person to person. But the basic questions are always the questions are always the same. Any argument for or against the weekly Sabbath which fails to come to terms with these basic questions is one which misses the point of the debate. This is why a great deal that has been written in the interests of libertinism is a begging of the question, and, sad to say, a good deal written and pleaded in behalf of Sabbath observance has lacked the cogency of divine sanction. The argument for the perpetuity of the Sabbath rest stands or falls with the question of divine institution and obligation. Whatever expediency might dictate, it can never carry the sanction of law and it cannot bind the conscience of man. There is no law of expediency; it changes with circumstance. And what changes with circumstance is not universal and perpetual law. The recognition of this is necessary not only to guard law; it is also necessary to guard liberty. If we once allow expediency to dictate law, then we are on the road to tyranny, and conscience is no longer captive to the law of God but to the variable fancies of men.

There are three questions that must be dealt with if controversy regarding the Sabbath institution is to be placed in proper focus and if the perpetuity of this ordinance is to be established. These are the Obligation, the Sanctity, and the Observance of the Sabbath.

1. The Sabbath was instituted at creation (Gen. 2:2, 3). It belongs, therefore, to the order of things which God established for man at the beginning. It is relevant quite apart from sin and the need of redemption. In this respect belongs the institutions of labor (Gen. 2:1 5), of marriage (Gen. 2:2, 3), and of fruitfulness (Gen. 1:28). The Sabbath institution was given to man as man, for the good of man as man, and extended to man the assurance and promise that his labor would is issue in a Sabbath rest similar to the rest of God Himself. The Sabbath is a creation ordinance and does not derive its validity or its necessity or its sanction, in the first instance, from any exigencies arising from sin, nor from any of the provisions of redemptive grace. When sin entered, the circumstances under which the Sabbath rest was to be observed were altered just as in the case of these other institutions. The forces of redemptive grace were now indispensable to their proper discharge. But the entrance of sin did not abrogate , the Sabbath institution any more than it abrogated the institutions of labor, marriage and fruitfulness. The depravity arising from sin did not make, in any way, irrelevant or unnecessary the obligations emanating from these divine institutions. In a word, sin does not abrogate creation ordinances and redemption does not make superfluous their obligation and fulfillment. 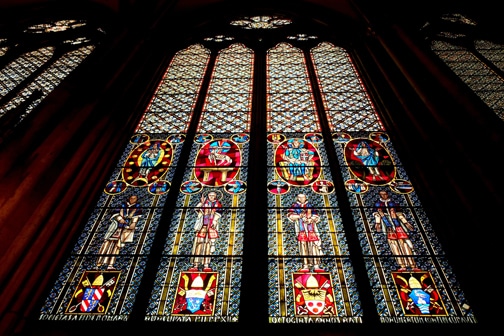 2. The Sabbath rests upon the divine example (Gen. 2:2). This is expressly stated in the fourth commandment. “For in six days the Lord made heaven and earth, the sea, and all that in them is, and rested the seventh day: wherefore the Lord blessed the Sabbath day and hallowed it” (Exod. 20:11). This means that the sequence for man of six days of labor and one day of rest is patterned after the sequence which God followed in the grand scheme of His creative work. God created in six successive days and He rested on the seventh. That is the exemplar for man. In this connection, there are a few questions to be asked and the questions contain their answers. Has God’s work of creation ceased to be relevant to us? Has the fact that He created, not in one grand fiat but in the space of six days, become irrelevant? Is not the fact of creation basic to all Christian thinking? The Biblical writers should be our monitors in this. How frequently the God of Christian faith and piety is identified by the inspired writers as the God who made the world and all things therein! More specifically, has the fact that God rested on the seventh day ceased to be relevant? God is not now creating; He is resting from His creative work. The sequence of six days of creative work and the seventh of rest is an irreversible fact in the transcendent sphere of God’s relation to this universe which He has made. And now to the most pointed question of all: has the divine example become obsolete? Can we think of the exemplar established by God’s working and resting as ever ceasing to be the pattern for man’s conduct in the ordinances of labor and rest?

3. The Sabbath commandment is comprised in the decalogue. The fourth commandment is not an appendix to the decalogue, nor is it an application of the decalogue, nor is it an application of the decalogue to the temporary conditions and circumstances of Israel. There were ordinances in Israel regulating the observance of the Sabbath, which were peculiar to the circumstances of the people of Israel at that time, and we have no warrant to believe that they are of permanent obligation. But the fourth commandment itself is an element of that basic law which was distinguished from all else in the Mosaic revelation by being inscribed on two tables of stone. The fourth commandment belongs to all that is distinctive and characteristic of that summary of human obligation set forth in the decalogue. It would require the most conclusive evidence to establish the thesis that the fourth command is in a different category from the other nine. The fact that it finds its place among the ten words written by the finger of God upon tables of stone establishes for this commandment, and for the labor and rest it enjoins, a position equal to that of the third or the fifth or the seventh or the tenth.

For these four reasons we are compelled to conclude that the weekly Sabbath is embedded in that order which God has established for man as man. As an institution it antedated the fall of man and would have been, therefore, a feature of man’s obedience in a perfect state of integrity and bliss. It antedated the promulgation of the ten commandments at Mount Sinai; the fourth commandment simply defined what was the already exist in institution. The commandment finds its place within the summary of the role of life for man; it is not an appendix nor even a prologue. Our Lord Himself confirm its permanent relevance; the Sabbath was made for man, as the Son of man, as the Savior of men, is it Lord. We must appreciate the cumulative force of these arguments. They mutually supplement and reinforce one another and they all converge to establish the principle that the weekly Sabbath is of perpetual obligation and application.

Dr. John Murray was a beloved professor at Westminster Seminary in Philadelphia for many years.