With the death of the Rev. Peter De Jong in July, the Reformed churches lost a faithful minister and The Outlook lost a friend and former editor. He was a remarkable servant of Christ, and although not all spoke well of him (a point in his favor according to our Lord), he faithfully preached and taught Reformed Christianity in his generation.

My first acquaintance with the Rev. Peter Dejong was not through a personal meeting or through hearing him preach or speak. Rather it was through reading an article that he had written and published in the prestigious scholarly journal, Church History. It was an article that considered the growth of both —  Anabaptist and Reformed movements in the Netherlands in the sixteenth century and argued that political factors alone could not account for the success of the Reformed churches there. It was a very good article and helped me in my doctoral studies on the Synod of Dort.

Peter De Jong, among other things, was an historian and that was part of the reason that we enjoyed each other’s company. In our personal meetings, I was always struck by the breadth of his interests in the church around the world. He had a genuinely catholic spirit and was free of the parochialism that ciung to many far more “liberal” than he.

His interest in the universal church no doubt sprung from his experience as a missionary to China. I can remember his telling, with his big smile, the story of a conversation he had with a Christian Reformed elder after his graduation from seminary and after he had made his decision to go to China. The elder asked him why he was going to China since he was a good preacher and could get a call in this country! He went because he believed that the Lord had called him and because the world needed missionaries who were good preachers. 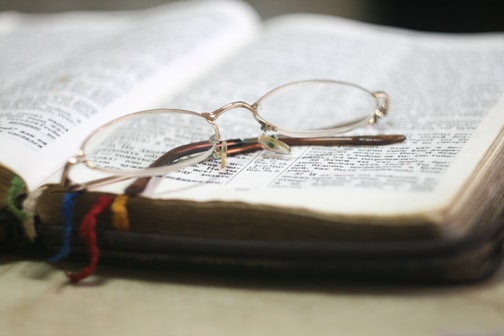 When the mission field in China was closed, he served as a pastor in several congregations where his ministry was much appreciated. While very conservative in the essentials of the faith, he recognized the need to communicate effectively in the language of the modern world. He recalled with pleasure that it was while he was pastor of the First Christian Reformed Church of Seattle, that the need for a modern translation of the Bible was discussed. He believed that an overture from that congregation was the first step in the process that led to the production of the New International Version (the NIV).

He was a great talker, but always with something valuable to say. I remember enjoying his memories of his college and seminary days. It was intriguing to hear him talk of his close association in those days with James Daane and Harry Boer — two men who would in later years be on the left wing of the Christian Reformed Church. Peter Dejong remembered that, as students, Daane and Boer had been strict CRC traditionalists, and that he had argued with them that they needed to be more Biblical than traditional. I needled him by asking if he was responsible for beginning their movement to the left.

He did not take personal responsibility for the later theologies of Daane and Boer, but he did make a very important observation. He suggested that the problem in the CRC was that too many were traditionalists without seeing the Biblical basis for that tradition. Without that clear understanding of the Biblical foundation for the Reformed faith, such traditionalists were easily led away from our Reformed confessional heritage. They had no true stability in the faith. I think he was absolutely right. Mary Ellen, my wife, liked Peter De Jong, although they never met and only spoke on the telephone. She often commented that on the telephone, he always treated her as an intelligent, thoughtful human being. She noted that some men with very progressive views about women in fact treat them rather poorly; but Rev. De Jong with his conservative views was unfailingly respectful and courteous.

As editor of The Outlook, he often chronicled the decline in the Christian Reformed Church and commented about growing problems in the churches. His reporting did not make him popular with certain leaders in the denomination. They labeled him as simply negative and critical, snidely referring to him as “Dutton Pete.” But those who knew him personally, knew how affable and positive about the faith he really was. We can remember his carefully taking notes in every meeting he attended so that he would have a reliable record of what had happened. We remember too his faithful, encouraging wife Thelma waiting patiently as he did his work.

The last time I saw Peter De Jong was in April in Grand Rapids at a dinner for Westminster Seminary in California. I had spoken about some of our students, how diverse their backgrounds were, and how excited they had become about the Reformed faith. He came up to me after that presentation and expressed his great pleasure in hearing about these young “missionaries” for Reformed Christianity. He was still catholic in spirit and delighted to hear of how the Lord was still calling men to the ministry from many places.

The Rev. Peter De Jong rests now from his labors, but his works follow him. He was not perfect and would be the first to say he was a sinner saved by grace. But his passion for the Bible, his commitment to the Reformed confessions, and his concern for Christ’s work in building His church around the world should continue to inspire Reformed churches and Christians for years to come.