All mankind, with rare exception, believes in a life hereafter. There are many cults, pagan beliefs, and false teachers, all of which have their own versions of a life hereafter. All these have their origin in some manmade philosophy. Included among them are the Mormons, Jehovah Witnesses, New Age, Islam, Buddhism, and others. The Apostle Paul warned the church of his day regarding false teachings, stating the eminent danger they present to those of the living faith.

Paul wrote: “Beware lest any man spoil you through philosophy and vain deceit, after the rudiments of the world, (which are of the devil) and not after Christ. In Him dwelleth the fullness of the Godhead bodily, and ye are complete in Him, which is the head of all principality and power” (Colossians 2:8,9). Speaking of Jesus Christ, Peter, filled with the Holy Spirit, said: “Neither is there salvation in any other, for there is no other Name under heaven given among men whereby we must be saved” (Acts 4:12). 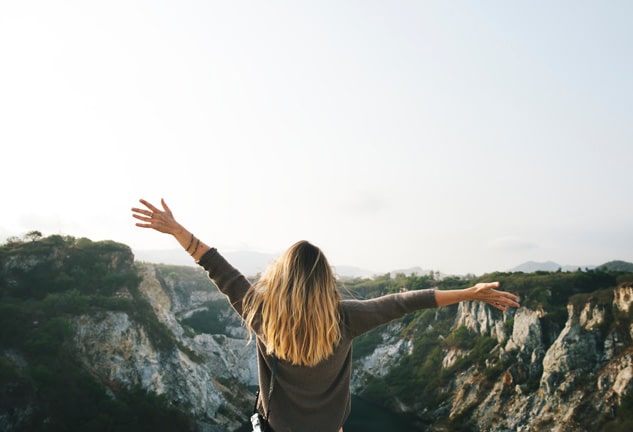 From the Scriptures we learn that man consists of two parts, namely the body and the soul. As to this earthly body, we are informed that “It is appointed once for man to die and then the judgment” (Hebrews 9:27). Then the dust (the body) shall return to the earth as it was in the beginning and the spirit (soul) shall return to God who gave it (Ecclesiastes 12:7).

Indeed the Lord will reclaim every soul for He is the Creator. As such they belong to Him. However, we should be reminded that when death occurs, the believer will be redeemed to eternal life with the Lord while the unbeliever will be separated to suffer everlasting shame apart from God. The writer of Proverbs tells us, “The way of life is above to the wise, that one might part from Hell beneath” (Proverbs 15:24).

It is interesting to note that there were only two mortals in the history of the world who did not experience death. One of them was Enoch. Jude, the brother of James, tells us that Enoch was a prophet. Early in the history of mankind he foretold the coming of the Christ. Jude tells us that the people of Enoch’s time were very wicked. Enoch prophesied: “Behold, the Lord cometh with ten thousand of His saints, to execute judgment upon all, and to convince all that are ungodly among them of all their ungodly deeds which they, the ungodly, committed, and of all their hard speeches which ungodly sinners have spoken against Him” (Jude 14, 15).

Enoch was a man of strong faith. It was said of him that “he walked with God.” This does not mean that he literally walked with God, but rather that he set God always before him. He considered God’s will in every aspect of his life and was in close communication with God at all times. So much so that the author of Hebrews tells us that “he pleased God” (Hebrews 11:5). One can assume that the people of Enoch’s generation hated Enoch for his preaching. They may even have sought to do him bodily harm. God hid Enoch from them, not under heaven, but in heaven for we read, “God took him, and he was not” (Genesis 5:24). Even as Enoch was translated into heaven, his corruptible body was changed to one of incorruption, for nothing impure can enter into the holiness of heaven.

Enoch’s life is reflected in the words of a well known hymn:

“O for a closer walk with God, A calm and heavenly frame; A light to shine upon the road That leads me to the Lamb.”

We can take a lesson from the life of Enoch, and that is that we are to be consistent in our Christian life. We should not leave our Christianity behind us when we exit the church door on the Lord’s Day. We must take it with us and put it into practice through the week in all of life.

The second person to be translated and who did not experience the humility associated with death was Elijah. He also was a man of prayer and great faith. He was a prophet who lived in humble obedience to God’s every command. The Lord had somehow informed Elijah that his time of service had come to an end. On a certain day, when he and Elisha, his faithful servant, were walking along the road, there appeared a chariot of fire and horses of fire which separated the two of them. “Elijah went up by a whirlwind to heaven” (2 Kings 2:11).

As indicated previously, the soul of man is immortal. The last enemy the soul must face is death. Since the soul is immortal, the question may be asked: To whence is the destiny of that soul bound? In answer to that question we refer to the Scriptures. The Psalmist prays to God, “draw nigh to my soul and redeem it” (Psalm 69:18). On another occasion he declares with assurance, “God will redeem my soul from the grave” (Psalm 49:15). With conviction the Psalmist concludes: “As for me, I will behold Thy face in righteousness, I shall be satisfied when I awake with Thy likeness” (Psalm 17:15).

The Apostle Paul writes: “Our Savior, Jesus Christ, gave Himself that He might redeem us unto Himself” (Titus 2:14). It is a certainty, based upon the promises of His Word, that God will not allow the soul to enter into the grave. Like Enoch and Elijah, He will instruct His angels to guide that soul into His very presence. Thus, the Apostle Paul defines death as a “departing of the soul, and going to be with Christ” (2 Corinthians 5:9). Paul regards the soul after death as more exalted than its condition while in the flesh, and, the change takes place immediately after death (Philippians 1:21, 23).

The question is often asked, “What do the souls do in heaven during the intermediate state?” The Bible is more or less silent with regard to that question However, the Lord, in His Word, has revealed all that is sufficient for us to know for our comfort and our assurance.

The vision of the Apostle John gives us some indication of heaven and the activity of the souls that have gone to be with the Lord. John says that he heard a voice from heaven saying to him: “Blessed are the dead which die in the Lord, yea, saith the spirit, that they may rest from their labors, and their works do follow them” (Revelation 14:13). This saying is interpreted to mean that those who die in the Lord are from that moment onward in a state of blessedness. They cease from their labors and enter into a state of righteousness. Death is for them a liberation from evil. It is the introduction into a state of complete happiness and joy.

John also goes on to say, “And behold, I heard a voice of many angels around the throne, and the number of them was ten thousand times ten thousand and thousands of thousands.” These angels are constantly present to minister unto the souls in heaven.

Finally, we are informed through the Scripture that the souls in heaven, together with the angelic choir, sing praises to God. They are, then, aware of their surroundings, able to communicate with one another, and will “live and rule with Christ until the second coming” (Revelation 4:6).

Mr. Dow Haan, Sr. is a member of the Covenant United Reformed Church of Kalamazoo, Michigan. He is a frequent contributor to The Outlook.