The confessional Reformed view of worship is in crisis today. Hundreds of churches that consider themselves to be Reformed are abandoning their focus on the preaching of the gospel, the administration of the sacraments, prayer, and fellowship. They are attempting to invigorate and inspire their congregations by broadening the meaning of worship to include human-inspired lyrical content, musical instruments, choirs, candles, artwork, vestments, dance, and more. Advocates have no trouble justifying these elements according to the regulative principle. They simply point to the numerous instances in the psalms and in the Old Testament at large in which these elements appear. Traditional-minded congregants and pastors intuitively reject the innovations, but they struggle to articulate a coherent response. They inevitably fall back on tradition, philosophy, or even human psychology to defend their own positions. Meanwhile, those in the middle who are struggling to make sense of the debate notice that the “progressives” seem much more biblical than the “traditionalists.” After all, the progressives are appealing to Scripture in all its breadth, whereas the traditionalists seem so selective.

It is commonly suggested that the fundamental Reformed contribution to the doctrine of worship, represented by figures such as John Calvin, was the argument that our worship is to be regulated entirely by Scripture. This is generally viewed as meaning that we must find warrant for everything we want to do in worship somewhere in the Bible (i.e., see John Frame’s Worship in Spirit and in Truth, a highly influential Reformed worship primer). But in fact, Calvin’s point (and that of most of the Reformed tradition) was much more specific than that. Calvin, like the church fathers before him, believed our worship is to be regulated by the New Testament. We are not to look at the Old Testament’s temple worship, illustrated in the historical books and in the psalms, for worship ideas for the new covenant church. That worship was suitable for a people in their infancy but not for those who are free in Christ. 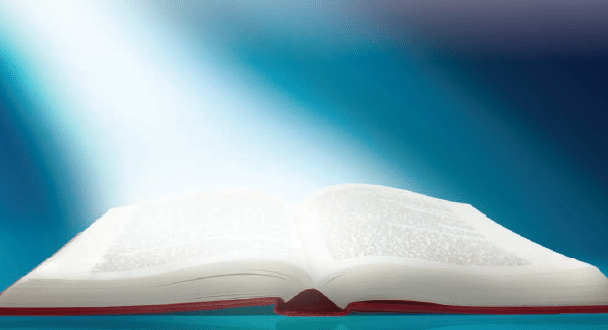 In reality, many today who think they are Reformed in their views of worship really hold views that in the sixteenth and seventeenth centuries would have been viewed as Lutheran or Anglican. It is not that the Lutherans and Anglicans said we can do whatever we want in worship, as is commonly thought. It is simply that they had a less-strict understanding of what sort of scriptural warrant was necessary, appealing freely to the Old Testament or to biblical principles of edification. In contrast, the Reformed usually threw out the instruments of the medieval church, as well as the choirs, vestments, images, and candles, and they limited their singing to psalms and other scriptural texts or creeds.

It is probable that many who read this article already know all of this. But I am writing it nevertheless, because in my experience very few Reformed Christians, even confessionally and traditionally minded Reformed pastors and elders, have carefully thought these matters through. Many Reformed churches that I know are trying to resist modern trends; nevertheless they give way to the times in crucial areas because they are not clear in their foundation. And many Reformed books purportedly defending traditional Reformed worship make absolutely no mention of the fact that it is the New Testament that is the foundation for our worship. Somehow we need to do a better job communicating this basic principle, and there is no better way to begin than to look at how Calvin articulated the relation of Christian worship to the Old Testament.

Calvin points out that, like so many Reformed people today, his Roman Catholic opponents were defending their practices based on the Old Testament model: “They say that among us are very many as untutored as there were among the people of Israel; that for the sake of these this sort of elementary discipline was provided.” Yet, he adds, “It was not in vain that God set this difference between us and the ancient folk, that he willed to teach them as children by signs and figures, but to teach us more simply, without such outward trappings.” As Calvin saw it, “the new worshipers differ from the old in that under Moses the spiritual worship of God was figured, and so to speak, enwrapped in many ceremonies; but now that these are abolished, he is worshiped more simply. Accordingly, he who confuses this difference is overturning an order instituted by Christ.” (4.10.14)

Why is this argument so important? So many aspects of worship under such heated dispute today—musical instruments, choirs, art, architecture, vestments—owe their significance entirely to Old Testament texts. They are not even mentioned in the context of the church’s worship in the New Testament. What does that suggest? These matters are entirely irrelevant to New Testament worship. They are not commanded by God. They are part of the Old Testament ceremonial law that has been abrogated by Christ.

Calvin clearly states this principle in several places in his commentaries on the Psalms. He speaks about the significance of instruments in worship in a way that challenges even many of the most Reformed of our churches:

To sing the praises of God upon the harp and psaltery unquestionably formed a part of the training of the law and of the service of God under that dispensation of shadows and figures, but they are not now to be used in public thanksgiving. We are not, indeed, forbidden to use, in private, musical instruments, but they are banished out of the churches by the plain command of the Holy Spirit, when Paul, in 1 Corinthians 14:13, lays it down as an invariable rule, that we must praise God, and pray to him only in a known tongue (commentary on Psalm 71:22; For a similar passage see Calvin’s commentary on Psalm 81:3).

Calvin is even more vivid in his commentary on Psalm 92:

We are to remember that the worship of God was never understood to consist in such outward services, which were only necessary to help forward a people as yet weak and rude in knowledge in the spiritual worship of God. A difference is to be observed in this respect between his people under the Old and under the New Testament; for now that Christ has appeared, and the church has reached full age, it were only to bury the light of the gospel should we introduce the shadows of a departed dispensation. From this it appears that the Papists, as I shall have occasion to show elsewhere, in employing instrumental music cannot be said so much to imitate the practice of God’s ancient people as to ape it in a senseless and absurd manner, exhibiting a silly delight in that worship of the Old Testament which was figurative and terminated with the gospel (commentary on Psalm 92:1–4).

Comments like these don’t serve to take one side over another in the argument about whether we should use an organ or whether we should allow guitars, trumpets, and a praise band in worship. They entirely undercut it.

Losing sight of the New Testament foundation for worship has led us to put spiritual significance into so many humanly devised worship practices that we have entirely lost focus on what really matters. The important things are outlined for us in Acts 2:42: “And they devoted themselves to the apostles’ teaching and fellowship, to the breaking of bread and the prayers.” Note how little singing is spoken of in New Testament discussions of worship. It is clearly commanded (Colossians 3:16–17; Ephesians 5:18–21), and it is clearly a part of New Testament worship (Acts 2:47; 1 Corinthians 14:26) but it does not even make the basic list of things the church was doing. Singing seems to have been a means of doing other things; it was a form of fellowship, of prayer (including praise), and of teaching, but it was not its own element. In our day, however, all the focus on singing and music has marginalized the importance of the other elements commanded in Scripture. Preaching is getting shorter and less substantive, prayer is curtailed or formalized, and the Lord’s Supper is held sporadically at best.

If the worship wars are any indication, music is the great example of how our loss of a scriptural foundation regarding worship has distracted us. We debate choirs, music styles and instruments, things that don’t matter at all. We argue over the words to sing, when Paul’s command is actually quite clear: We are to sing the “Word of Christ” (Colossians 3:16–17). If we would limit the imagery and meaning of our songs to the content of Scripture that God has inspired (whether drawn from the psalms or anywhere else in Scripture), and focus on them rather than on the instruments accompanying us, all of our singing would be pleasing to God, and it would be authoritatively instructive for believers.

Most importantly, however, getting back to our New Testament foundation would force us to remember that the central drama of worship—what we should be focusing on every Lord’s Day—is the proclamation of the Word of Christ, communion in the Lord’s Supper, prayer, and the fellowship of the saints (in song as well as in material possessions). These are the things our Lord has called us to do. It is by these means that he has promised to meet with us. And we should remember that he is a God who finds obedience much better than sacrifice.

Mr. Matthew J. Tuininga, a licensed exhorter and a member of Covenant United Reformed Church in Pantego, NC, is currently writing his dissertation on John Calvin’s two-kingdoms doctrine at Emory University in Atlanta, GA. He blogs at Christian in America (http://matthewtuininga.wordpress.com)