The Koran is the foundation upon which Islam rests. No adequate knowledge of Islam is possible without a basic understanding of its contents. It is the textbook for Muslims to learn Arabic. Millions of devout Muslims revere it, even to the point of treating it something almost worthy of worship. One of the best analogies describing the importance of Islam for the Muslim is: The Koran is in Islam what Christ is in Christianity. In the latter the Word became flesh. In Islam the Word became a Book. In Folk Islam the Koran is used as a talisman: miniature copies are often hung on children’s clothes for protection. And daily recitation of verses from the Koran is said to keep Satan away from one’s home.

A Book of Law

The Pakistani Islamic scholar Allahbukhsh.K.Brohi claims that the Koran is the best evidence that there is for all of us to believe that God exists and that Muhammad is His Prophet. Through it Allah makes known his sovereign will, what he has chosen for mankind and what he has forbidden. It foretells the day of judgment, and vividly describes the tortures of the damned and the delights of a very sensual paradise. Brohi states that the Koran is to be be construed as a sort of “Instrument of Instructions” which has been issued to man in his capacity as God’s vice- regent on earth to enable him to conduct his life’s operations here below in such a manner that he is able to obtain success in this world and the reward of eternal bliss in the hereafter. And Brohi says that the distinctive feature of the Koran as a religious scripture lies in the undeniable fact that it “affirms and completes the total process of revelation which has come from the Divine for the guidance of the human race.”

He also states that God says to the Prophet in one of the very last Surahs (v:3) revealed to him: “This day I have perfected your religion for you and completed My favour unto you, and have chosen for you as religion Al-ISLAM.” (“The Surrender” to Allah.) Consequently, his declaration means for the Muslim that since Islam is the last and most complete of the revealed religions, its holy book cannot be abrogated (repealed or abolished). And since Islam means submission to Allah’s will, it follows therefore that his will and instructions already made explicit in the Koran are knowable, and the study of this revelation a primary concern for the Muslims. 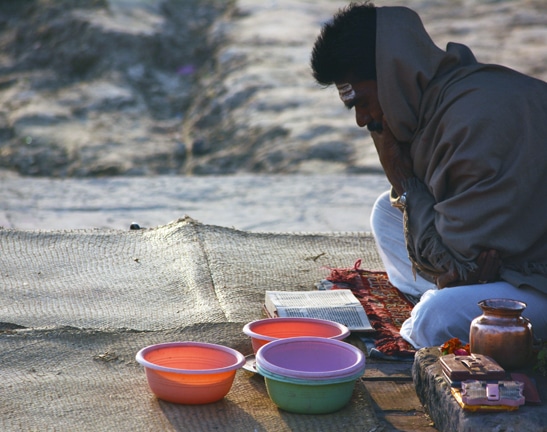 A Description of the Koran

For the Muslims the Koran is the infallible Word of Allah. While the controversies have raged among them whether it is the created or uncreated Word, they have never questioned it. The Koran is smaller than the New Testament. It has 114 surahs (chapters) with strange titles. It has no chronological order and it follows no sequence. The surahs are arranged according to length. The Koran features many historical inaccuracies and superstitious ideas.

Since the Koran is the final revelation, it is said to contain the final and most perfect answers to all questions to belief and conduct. It is generally held to be a transcript of a heavenly tablet, eternally kept by God. The Muslim scholar Badru Kateregga observes that the Koran does not contain information, ideas, or arguments about specific themes that are arranged in a literary or serial order. Subjects are not discussed under specific topics. They are scattered throughout the book.

The Koran speaks about four kinds of Scriptures given by God to humanity. Kateregga asserts that for Muslims it is a central part of their faith to believe in the four sacred Books (Scriptures) which originated from Allah. It is mandatory for Muslims to believe in them. They are inscribed on eternal tablets in heaven.

Kateregga states, “The Qur’an is just the final revelation, which confirms earlier Scriptures, clears up all uncertainties, and perfects the truth. The Qur’an testifies that there has been earlier revelation before it.”

The Koran considers the teachings of any of these books from the Bible as equal before God. And Jews and Christians are even called the “People of the Book.” The Koran says, “And argue not with the People of the Scriptures unless it be in (a way) that is better, save with such of them as do wrong; and say: We believe in that which hath been revealed unto us and revealed unto you; our God and your God is One, and unto Him we surrender” (xxlx:46). In other places the Koran says that those who followed the Old Testament or the Gospels did not need anything further for their religious and temporal life. “Let the People of the Gospel judge by that which Allah hath revealed therein. Whoso judgeth not by that which Allah hath revealed; such are evil doers.”(v:47) “The messenger believeth in that which hath been revealed unto him from his Lord and (so do ) the believers. Each one believeth in Allah and His angels and His scriptures and His messengers We make no distinction between any of His messengers.” ( ii:285) Muhammad may have said nice things about previous revelations as he understood them, but he also taught that the Jews and the Christians falsified them. Hence, the Koran alone is trustworthy and true.

Muhammad and the Koran

Islam claims that Muhammad has no higher prestige than a prophet. Yet obedience to Allah and the prophet are inseparably linked together. “He who obeys the prophet, obeys God.” The Koran was revealed to the Prophet Muhammad through the archangel Jibril (Gabriel) from an archetype preserved in the seventh heaven. Every letter, word, content form, and meaning of the Koran is believed to be divinely revealed.

Muhammad claimed not only that he was the last of the prophets, he declared that he had received special revelations from Allah. In 610 A.D., in the month of Ramadan, in the fateful “Night of Power,” he said that he saw a vision and heard a voice. Tradition says that the Archangel Gabriel acted as God’s agent in the revelations. He commanded Muhammad:

Recite: in the name of the Lord who createth, Createth man from a cloth.

Recite: And thy Lord is the Most Bounteous, Who teacheth by the pen, Teacheth man that which he knew not. Thus was revealed the first fragment of the Koran (the “Reading” or “Recitation.”)

And after the initial revelation, Muhammad eagerly awaited further visitations from Gabriel. He despaired. When more than two years had passed without further revelations, A ninth -century biographer wrote that “he seriously considered…hurling himself down to the abyss from either Mount Hira or Mount Thabir. Just as he was about to jump he heard a heavenly voice and beheld Gabriel, seated upon a throne set between heaven and earth, who said, “Muhammad, Thou art the messenger of God and I am Gabriel.” From that moment onward, the Prophet never again faltered. Revelations thereafter steadily increased.

The origin of the teachings of Muhammad has been a subject of much debate. Some scholars argue in favour of a predominantly Jewish background to his teachings. Others emphasize a Christian influence, especially in the doctrine of the last judgment, which they claim is a very prominent doctrine in Muhammad’s revelations. But Muhammad seems to have had a very superficial, and erroneous knowledge of Christianity. Most scholars agree that his knowledge of Jewish and Christian teachings came by personal observation. He also derived many stories from Jewish folklore. Furthermore, Rev. Bassam M. Madany, retired pioneer radio missionary with the Arabic Back To God Hour broadcast ministry, points out the failure of the early Church to acquaint the Arabs with the true contents of the Scriptures. And he notes, “The saddest thing about the early church is that it failed to give the Arabs the Bible in their tongue!”

The Bible and the Koran

The whole atmosphere of the Bible is different from the Koran. The Bible calls for obedient living in gratitude to God for what He has done for man. The reader of the Bible must not orient himself merely to people, rules and regulations, but to the covenant God. As Eli said to Samuel, “If He calls you, you shall say, ‘Speak, Lord, for Your servant is listening.’” (1 Sam.3:9) Madany argues that the real difference between Christianity and Islam is in the area of the nature of revelation. “Whereas the Christian conceives of the Word of God as being law and gospel, the Muslim concept is that the Word of God is purely and simply law.”

The Koran has many stories you can find in the Bible. One story, the story of Jusuf (Joseph), is narrated in one lengthy surah (xii). In the Koranic version Jacob is a prophet who is not deceived by the story of his son’s death. A Muslim writer calls the surah of Jusuf “a most meritorious chapter, for whosoever shall read it and teach it to others shall have an easy death.” The Islamic Jusuf has many similarities with the Joseph of the Bible – the dreams, the selling into slavery, the ruler of Egypt. But the more the Joseph and the Jusuf stories are compared, the greater the differences. It is a reconstructed story of Joseph. In comparing the Biblical Joseph with the Jusuf of the Koran, we discover the deep cleavage that divides Islam from Christianity. The Jusuf story is rather confusing and unimpressive; yet it has a place of great esteem in the Koran. It doesn’t actually take place in time and space. It can happen any time and anywhere, and to any man. It is a beautiful tale from which you can draw profound moralistic examples. It relates universal truth and wisdom. Jusuf is not a man of flesh and blood. He is the every man of every age.

The story of Joseph is told in thirteen chapters of Genesis. He is described as a man of flesh and blood, sold into slavery by his brothers, lived and worked in Egypt. He was imprisoned, interpreted dreams, and upon his release became second in command to Pharaoh. As we study Joseph’s life, we discover that he has a unique place in redemptive history. He points us to Jesus. God used Joseph for the salvation of his father and brothers. Through Joseph God keeps Israel for the sake of the coming of Christ. When we read the Biblical Joseph story, we discover the profile of the Saviour-Jesus Christ. The Joseph story in Genesis unmasks the Jusuf story in the Koran. In the Jusuf story God is an abstract being. In the history of Joseph, God is our covenant keeping God, the One Who hears, speaks, and acts. The conclusion? Islam is the religion of the natural man with his abstract God. The Bible and the Koran are poles apart. In the Jusuf story we read about the “every man.” In the history of Joseph we are directed to the true Joseph—the Saviour of the world.

The Author of this article writes under the alias of “Dick Wunnink” due to past threats received from the Islam community when writing about this subject.