In 1980 Dr. Charles Krahe received and accepted the call to be pastor of Seventh Reformed Church in Grand Rapids, Michigan. While at Seventh, Dr. Krahe had several seminarians serve under him. As he drew near to retirement, he decided he would take one more.

The church began the process of looking for such a young man. A letter was sent to a young minister who was seeking to plant a church in Pittsburgh, Pennsylvania. This letter requested names of young men he might recommend. He could not think of such a man and threw the letter into the trash. In God’s providence afterwards a name did come to his mind. He retrieved the letter and contacted that young man.

I was that young seminarian. I sent a letter to Dr. Krahe that the position interested me. At the same time I had an interview with Dr. Jack White, later President of Geneva College. Dr. White graciously offered to assist me in finding a position in the ministry. He asked me who I already contacted. Hearing Dr. Krahe’s name, he responded, “I know Charles Krahe. We have served together on the Board of Trustees at Westminster Seminary in Philadelphia.” He wrote a kind letter of reference. A few months later I began my three and half years work with Dr. Krahe.

Based on that relationship, I share some lessons on mentoring relationships from the perspective of the father in the faith and the son. 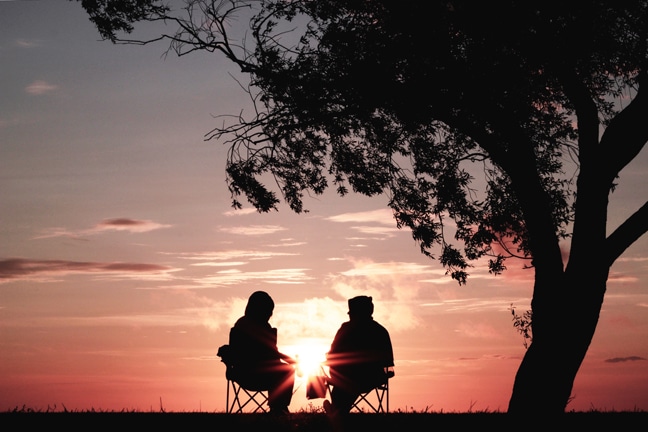 A good place to begin is with the Heidelberg Catechism. The answer to, “What does God require in the fifth commandment” reads: “That I show all honor, love, and fidelity to my father and mother, and to all in authority over me; submit myself with due obedience to their good instruction and correction; and also bear patiently with their weaknesses and shortcomings, since it pleases God to govern us by their hand.”

Every young man who serves under an older man must honor him. You should see him as Timothy did the Apostle Paul: a father in the faith. You respect his years of service and his knowledge. You respect the fact that he was called of Christ to serve as a pastor. You respect that Christ in His sovereignty has placed this man over you.

In addition to honor you must love this man. Look unto Christ in whom you find life. Jesus took pleasure in doing the Father’s will. He did because He loved the Father from all eternity. Through the grace of Christ, love this older man as a father in the faith. Get to know him and his family. Spend leisure time with him. Go to dinner with him. Invite him into your home. Pray with and for him. When the time comes for you to move to a new church, stay in touch. When he declines in health, visit him. Tell him how much his life has meant to you.

You must, as well, show fidelity to him. One example of that is that you never criticize this father in the faith privately or publicly. Years ago while serving under Dr. Krahe someone in a conversation was “fishing” to see if I would verbalize a criticism of him. By God’s grace I discerned that intent. My response was how thankful I was to learn under such a wise and godly man. From the content and tone of that remark that individual got the message. Never again did that person initiate such a conversation.

Next young men must learn submission. Paul penned to Timothy that an elder must not be “a new convert, lest he become conceited and fall into the condemnation by the devil” 1 Timothy 3:6 (NASB). While the seminarian may not be a recent convert, he can suffer from the same problem evidenced in the devil’s pride. Proud individuals like the devil disdain to submit to lawful authorities. Once more we fallen men must look unto Christ. By the Spirit and Word we must seek the mind of Christ who for us and our salvation took the form of a servant.

That spirit of humility requires spending more time listening than talking. This older man, in many cases, was in the ministry before you were born! He has had vast experience in preaching, counseling others, and working with consistories or sessions. Many of these men can remember starting their ministries when President Eisenhower was in the Oval Office. Those were days when churches were full and divorces were unusual. In their lifetime they have seen the decline in Church attendance. They have witnessed the breakup of many a family. You have perhaps read books about it.

Men of their generation wrote those books. They lived through those turbulent years. Sons, listen to your fathers.

One last quality I mention is patience. These mentors are not perfect. Accordingly listen to what Ursinus taught in his exposition of the Catechism. Inferiors must bear “with the faults and infirmities of parents and superiors, which may be done without any reproach to the name of God, or which are not in direct opposition to the divine law.”

What about the minister mentoring the young man? These are some qualities I recall observing in Dr. Charles Krahe. The first is: a superior is to love those under him. He showed me love in many ways. On several occasions he returned from a used bookstore with a volume for my library. In fact, when he retired he invited me into his study and offered me first choice from his library. After filling several boxes, I asked him how much he would like for the books. He smiled and remarked they were gifts.

Ministers must secondly pray for this young man. Pray for his growth in Christ, ministerial gifts, his marriage and children. Look for opportunities to pray with him. Give him the example of a man who is quick to suggest, “Let’s pray about that matter.”

During your time together continue his instruction. Make a list of good books he should read and review with you. Have him submit to you sermon manuscripts for inspection. When examining them, don’t try to correct every error in one session. Page after page of red pen markings can be a bit discouraging. Prioritize what errors need to be addressed. Fathers, you might even have to offer instruction on personal grooming habits. I recall a young minister who did pulpit supply for me on several occasions. His hair looked unkempt and his shirt was full of wrinkles.

Be available for advice. Over the years I always appreciated that Dr. Krahe was ready to listen and give sound, biblical counsel. It was especially comforting to realize he would keep our discussions private.

Fathers not only love and provide for their children; they protect them. There are going to be times when the young man makes an error. Privately correct him, but then stand with him. Acknowledge his error to his critics but remind them not blow it out of proportion. Perhaps, share with them an error you made years ago and how a patient congregation forgave and loved you.

Fathers, I urge you to be a source of encouragement to this young man. You know from experience how it is more difficult to be in the ministry today. Do not wait for him to call you with a problem. Pick up the phone and call. If he is still in the area, make a point to get together for lunch throughout the year. Send him a letter or email to encourage him. These he can tuck away in a book you gave him. Someday after you have entered your heavenly rest, he will open that volume. He will reread that letter. Once more he will profit from your wise words. He will as well give thanks to Christ for your ministry in his life. Further, he will ask the Lord Jesus to use him as He did you to be a father in the faith.

Rev. Gerald Dodds is the Pastor of the Orthodox Reformed Church in Grove City, Pennsylvania.