The first week of November 1994, a young mother named Susan Smith tugged on our nation’s heart when we learned that someone had forced her out of the car and kidnapped her two little boys still strapped in their car seats. Many of us were glued to the newspapers or news broadcasts to see if any progress had been made in finding the boys. It was one of those rare events where a nation rallied together in sympathy, prayer and support, empathizing with the horror.

Then came the unthinkable! A nation’s sympathy went from shock to spite overnight. Susan Smith confessed that there was no kidnapping, but that she had been the one who watched the car and her boys sink to the bottom of a nearby lake.

Watching the broadcasts of the angry crowd taunting and jeering Susan Smith, I thought to myself, “If this were Bible times, they would have stoned her.” They were that upset! How could any mother do such a horrible thing to her children? That was the question heard over and over again as people tried to make some sense of this tragedy. Maybe you have asked that question yourself.

As Reformed Christians, we have been taught that believers in Christ are prophets, priests and kings. As prophets we are to make known God’s Word, applying it to real situations such as this. We are to call sinners back to the only true God and to know the comfort of belonging to Jesus Christ by faith.

Let’s go back to another world—a world full of violence and corruption of every kind. The hearts and minds of men, women, teenagers and children were continually bent on selfishness and evil desires. The inhabitants of this world acted on these evil, corrupt desires and society was doing the unthinkable to each other continually!

God took notice of this violent world and declared in His grief that He would destroy it. God’s patience and His longsuffering would come to an end. Think of it! God was going to execute His judgment on a whole world for all of its sins in a moment’s time! 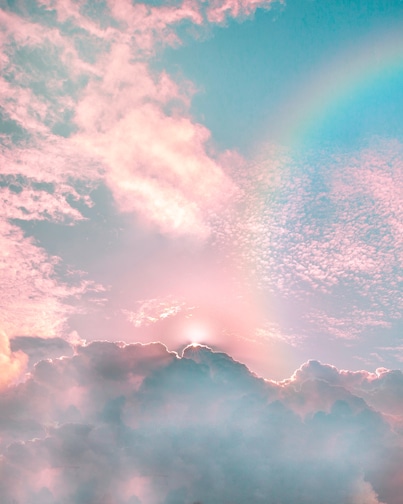 There was hope however in the middle of all this gloom and horror. One man found grace in the eyes of the Lord. His name was Noah. He was very different from a man of integrity, striving to conduct his everyday affairs according to God’s will. His contemporaries really couldn’t find anything in Noah’s conduct that was like theirs. Noah was pleasing to God while he lived in a violent, selfish world.

God told Noah how to be saved from the coming judgment which would be a world-wide flood. God told him everything he and his family needed to know to be rescued from imminent danger. He told Noah in detail how to build an ark. This ark had only one door. In time, those in that violent world who were to be saved would have to go through that door and into that ark that God commanded Noah to build.

From the time that God told Noah to build the ark until the day when God Himself shut the only door on the ark, it took 120 years! Why so long? Because God is patient, not desiring the death of the wicked but that sinners repent from their selfish and cruel ways.

Now in that 120-year time of God’s patience with a violent world, while Noah obediently went about the hard job of building that ark and warning his contemporaries of the coming judgment, do you think that there were mothers who were asked by their little children why Mr. Noah was building such a huge ship? Let’s suppose one child did. Now the mother does her best to answer this great inquisitive question of her child. She says something like this: “Well my child, Mr. Noah says that God is very hurt that so many people are doing mean things to each other, and not loving each other. Mr. Noah says that God is going to punish the whole world with a huge flood and we will all drown unless we go through that door of the ark.” Then her child responds: “Well mommy, are we going to go through that door and into the ark?” What would a loving mother say and do? Did those mothers and fathers in the days of Noah, hearing the warnings and the only way to be saved from the coming judgment, love their families enough to see to it that they went through that door in the ark?

Sadly, the Bible informs us they did not. Jesus tells us that fathers, mothers, teenagers and children were more concerned about convenient pleasures, having fun while the fun is to be had, right up to the very day Noah went through the door of the ark! They deliberately paid no attention to Noah’s preaching, to the many calls to repentance, thereby abusing God’s patience.

That was another world. Let’s return now to our own. The apostle Peter tells us that our world is being reserved for a judgment of fire against ungodly people. It has been far more than 120 years since God inspired Peter to sound the warning. God isn’t being slow however, He is longsuffering! He is deliberately, delicately patient, giving opportunity for repentance unto life!

There is today, like in the days of Noah, a word of hope! In the days of Noah, there was one way of salvation from the judgment. Today, there is only one way of salvation from the coming judgment. That way is Jesus Christ (John 14:6). He is the door (John 10:9 KJV). God’s servant in the ancient world of the flood was Noah, whose name means “rest” or “comfort.” Today Jesus says, “Come unto me all you who are heavy laden and wearied, and I will give you rest” (Matt. 11:28). Our only “comfort” in this life, as violent, cruel, and sinful as it is, is knowing that we belong to Jesus who took our judgment on the cross and rose again in victory, assuring us that we are going to make it through the coming judgment (Rom. 8:1). As believing Noah and his family were secure in the ark, believers today are eternally secure in Jesus Christ! What hope, and what a patient God to freely offer such hope through His prophets, priests, and kings who make known His Word to a violent world.

Susan Smith committed a horrible, numbing crime. She must face a judge and her just punishment for it. Today she probably doesn’t have a friend in the world, not even herself. Certainly not in Union, South Carolina.

Hopefully, in these days of God’s patience, someone will proclaim to her a “friend of sinners” named Jesus who is able to save and forgive even this horrible sin.

Hopefully, for the fest of us who ask how a mother could do this, we might ask ourselves, do we love our own children and neighbors enough in this violent world to see to it that they hear the gospel of Jesus Christ and trust in Him alone to save them from the coming judgment? What a patient God we have!

Rev. den Dulk is pastor of the Trinity CRC in Sparta, MI.