Not so long ago, I had a discussion with an individual who claimed: “Satan is at the helm and is now pushing all of humanity into an immorality and darkness that will lead to our total destruction.” I am so thankful that his assertion is wrong. We have Christ’s ascension as proof. Jesus is at the helm, not Satan.

Satan has been led away captive. Although he still does a great deal of mischief in this world, he is not only under the absolute control of heaven’s King, but all the damage he does is made to work together for the good of them that have been called according to the purposes of God.

The author of Psalm 68 declares that when Jesus ascended on high He “led away captives” (Psalm 68:10). The reference of the Psalmist is to the ancient custom of victorious generals to bind their captives and have them trail behind their chariots. Paul alludes to this when he writes about having been led in triumph by Christ. Our Lord led away the captives when He returned in triumph to the homeland of His Father in heaven. 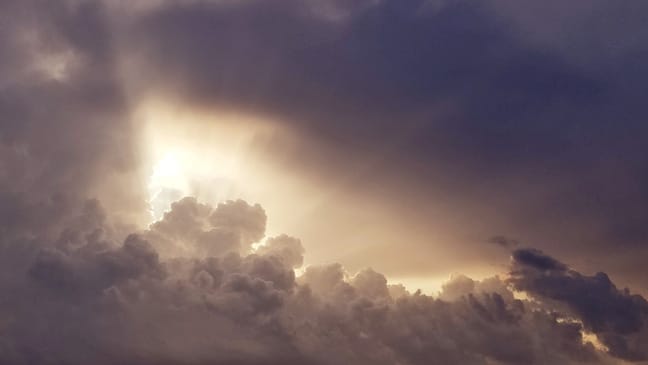 Four mighty enemies had blocked the road which led from the manger to the house with many mansions: Satan, Hell, Death, and World. They disputed His right to pass.

But, indeed, He did pass. Satanwas vanquished in the desert; Hell and the World were conquered on the cross; Death was robbed of its power when Christ rose victoriously from the grave on the third day. These enemies were not only vanquished but led away as captives. They are now used by Christ to do His bidding. He employs them, contrary to their own will, to promote His glory and the welfare of the Church. The four conquered enemies trailed behind the risen Christ as He climbed the steep ascent into heaven. Since His ascension, Christ uses all the powers of hell and all the evil plotting of the devil to bring about the ultimate victory of His Church. For example, all the violent attacks of unbelief on the Word of God, despite the devastating influence they have exerted, have compelled the Church to study the Bible with exceptional earnestness; and the result is that its divine character is established more firmly than ever before. As to the world, Christ said to His disciples, “Be of good cheer; I have overcome the world” (John 16:33). As to death, it has been changed into the Christian’s friend, the gateway to heaven.

Jesus is at the helm. Unto Him has been given all authority in heaven and on earth. Let this thought comfort us in the days of stress and darkness. We must not shut our eyes to the calamities which the Lord is sending us; nor should we fail to recognize the sinister forces which are aiming to destroy the very foundations of the kingdom of God.

At the same time, however, be assured they will fail. They have been conquered by the risen and ascended Christ. We are now to cultivate that precious optimism which befits the Christian in times of affliction as well as in days of prosperity and peace. The truth of God is marching on. The kingdom of His Son is advancing. The world is being made ready for judgment and the Church is daily coming nearer to the day of ultimate victory and eternal glory.

Rev. Wybren H. Oord is the Pastor of the Covenant United Reformed Church in Kalamazoo, Michigan. He is also the Editor of The Outlook.