“…making known unto us the mystery of his will, according to his good pleasure which he purposed in him unto a dispensation of the fulness of the times, to sum up all things in Christ, the things in the heavens, and the things upon the earth.” Ephesians 1:9, 10

Several times in this epistle Paul uses the word “mystery.” Note 3:3,4,9; 5:32; 6:19. The term is to be understood in connection with the fact of divine revelation. The gospel of saving grace is a mystery in the sense that we can know it only when it is revealed to us. It is undiscoverable by us. God must himself give it to us if we are to know it. Paul writes here of “the mystery of his will.” This is God’s secret purpose of redemption “which having been hid for ages he has now graciously revealed” (Charles Hodge).

The content of this mystery centers in Christ who came in “the fulness of the times.” He is the glorious Secret uncovered in the true proclamation of the gospel. He is the Mystery of God disclosed to the eye of faith. We do not explain him. He explains himself to us. We have no testimony that we can bear to him save that which he first gives to us regarding himself. The “Light of the World” receives no illumination from the world.

In Christ Jesus, who is the glorious center and secret of the mystery of God’s will, all things will one day be summed up. The whole creation will be united in him in whom “all things consist” (Colossians 1:17). All things in heaven and on earth, rational and brute creation, animate and inanimate creatures, will be united in the bond of peace and perfection with Christ as Head.

We do not learn this from the Book of Nature, God’s general revelation of himself. We can learn it only from the Book of Grace, the Bible. This does not mean that the Book of Nature is to be ignored. Whatever God has revealed to us is important. His eternal power and divinity (cf. Romans 1:20) are written on the works of his hands—on the earth and the sea; on the sun, moon, and stars; on the whole creation—so that the heathen in their idolatries are without excuse. Every intelligent being is bound from the visible universe to recognize and adore him who

“Warms in the sun, refreshes in the breeze, Glows in the stars and blossoms in the trees, Lives through all life, extends through all extent, Spreads undivided, operates unspent.” 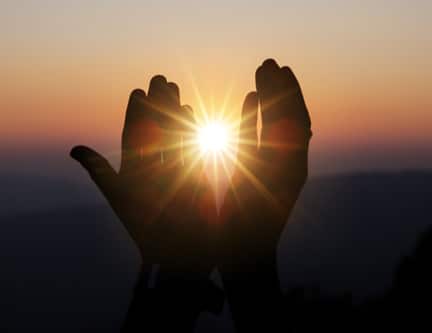 But, while nature shows us all this, it is silent respecting “the mystery of God’s will.” To know that secret we need the Bible. Nature reveals the Creator. The Bible reveals the Creator and Redeemer. Both books are important; both are to be used. The Book of Nature was given first; the Bible came later. But the order in which they are to be used is the reverse of the order in which they were given. Book I for the sinner is the Bible. Book II is Nature. The Redeemer must open our eyes so that God’s handiwork can be seen as it ought to be seen.

Creation in sin is a house dividcd against itself. It will not always be so. The day is coming when a heavenly harmony will replace the present disharmony. The New Jerusalem will come down from God out of heaven (Revelation 21:2). “The earth shall be fun of the knowledge of Jehovah, as the waters cover the sea” (Isaiah 11:9). Then we shall have One World.

What a world that will be! Not merely Paradise restored! Not merely man brought back to Eden! To be sure, it would still be a great mercy of God to bring us back to our first condition and to return us to the abode of the first Adam. To give us such a soul as Adam’s when he loved and served his Maker amid the bowers of Eden; to spread the bounties of that garden over the world, to remove all traces of the curse, to refurnish the globe and make it indeed a garden of the Lord—this would be a restorative work which would merit the praises of men and angels and cause Satan and his legions to marvel.

But God has a more glorious destiny for his people. Not only will the redeemed be as high as Adam was, but they will be indeScribably higher!

Man was, at his best, a fallible creature. He was capable of falling into sin. But in glory the redeemed man will be confirmed in holiness, forever beyond the possibility of apostasy. The serpent found his way into the garden, but never will he enter glory. He defiled the first family, but the “household of God built upon the foundation of the apostles and prophets, Christ Jesus himself being the chief corner stone,” will never be exposed to his dark designs. It is not the image of the first Adam, but that of the second, to which the redeemed sinner is to be conformed.

Eternal God, before whose view the final end of all things in time is ever present, help us to adore thee for the uncovering of that mystery which is Christ himself. Amen.